Diet and prostate cancer; is there a link? 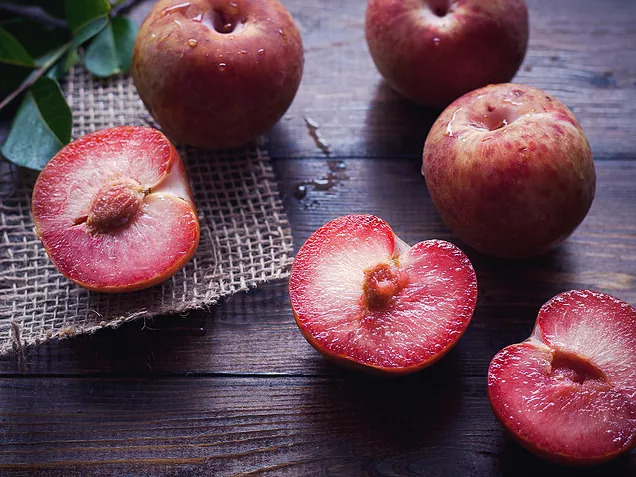 The prostate is a walnut-sized gland that sits behind the bladder and in front of the rectum and secretes fluid into semen. Prostate cancer (PC) is the second most common cancer in men. There are different stages of PC, with all arising from a precancerous stage, which then progresses to localised cancer (within the prostate) followed by advanced cancer (outside the prostate). PC can be tracked in the blood by a protein secreted by the prostate called prostate-specific antigen (PSA).

About two thirds of PC occurs in developed, high income, countries. Incidence rates vary from >120 cases per 100,000 population in countries with high rates compared to <14.9 per 100,000 in countries with low rates (1). Individuals that migrate from low incidence countries acquire the risk of their new country (2). This provides us with strong evidence that environmental factors contribute to PC risk, with diet choices being strongly implicated.

So what foods have been scientifically linked to an increased risk of PC? Diets high in animal fat and protein and low in fibre have been linked to high cancer rates whereas diets high in fruits, vegetables, fibre and soy products are linked with low rates. In this article I summarise the evidence.

Foods implicated in the development of prostate cancer

Dairy, derived from cow’s milk, is an excellent growth fluid for calves. It therefore contains growth hormones and also high levels of female hormones given that most cows are milked whilst pregnant. The risk of PC is higher in men that consume the most dairy (3, 4). Why is this? One important factor is that dairy and indeed diets high in animal products, results in high blood levels of insulin-like growth factor 1 (IGF-1) (5). This hormone stimulates cells to grow and is associated with an increased risk of cancer in general. We know that the level of IGF-1 in people that don’t consume animal products (vegans) is significantly lower than in those that do and the risk of cancer in general is much lower in vegans. Another reason for the cancer promoting action of dairy is its high calcium level. This lowers the level of active vitamin D, a vitamin required for optimal prostate health. ​

The consumption of meat has been linked with both PC development and progression. When 1284 men with PC were followed and their diet studied, those that ate eggs and poultry regularly were found to have an increased risk of PC progression (6). Why would this be? We know that when animal meat is cooked it results in the formation of cancer causing chemicals called heterocyclic amines. These chemicals built up more in the muscles of chicken and turkey. With regards to eggs, it is thought to be the resulting high levels of blood choline that promotes cancer growth (7). Meat and eggs are also high in saturated fat, which result in higher blood testosterone levels. Testosterone stimulates the growth of PC, which is why inhibiting testosterone is one of the treatment strategies for PC. ​

Obesity has been linked with recurrence of PC after treatment. In one study that followed 2,131 patients with PC, the rate of cancer recurrence was 30% higher in those with a body mass index (BMI) of >30 and 70% higher is those with a BMI of more than 35, when compared to men with lower body weights (8). We know that animal foods are a major cause of the obesity epidemic and those that avoid animal products are more likely to maintain a healthful weight.

The rate of PC in Japan is low. The reason is thought to be their diet rich in vegetables and soy products. However, Japanese diets are also high in fish. So, how does fish intake affect the risk of PC? In a study of 118,115 Japanese, fish intake was significantly associated with an increased risk of PC; men who consumed fish more than four times per week had a 54% increased risk of PC compared with men who ate fish less than twice per week (9).

Most population studies have shown that the lowest incidence of PC is associated with a predominantly plant-based diet. This is likely due to plant foods being low in saturated fat and high in fibre. The most convincing evidence for this comes from a study where men with early stage PC that did not require treatment were randomly assigned to either an exclusively plant-based diet or to continue their ‘normal’ diet. To make sure that the plant-based group stuck to the diet, meals were delivered directly to the participants’ houses. After a year, the PSA level had significantly decreased in the plant-based group, whereas the PSA level continued to increase in those eating their ‘normal’ diet. The findings of this study are remarkable given that the progression of cancer was slowed and potentially reversed by changing diet alone (10, 11).

​Some might think that the exclusion of animal products from the diet is too extreme. So, what if men with PC just increased the proportion of plant foods in their diet? A study that addressed this question showed that even by increasing the amount of plant foods in your diet (half-vegan) you could slow the progression of PC although the level of PSA was only stabilised rather than reduced. In particular, the increased intake of cruciferous vegetables (vegetables whose flowers are shaped like a cross such as broccoli, brussel sprouts, kale, cauliflower) may be most beneficial for PC (12). Tomatoes are also beneficial in PC prevention with the active ingredient being lycopene. Cooking tomatoes results in higher levels of lycopene (13, 14).

Another reason for the low incidence of PC in South-East Asia is thought to be the high intake of soy products. Soy contain plant oestrogens (phytoestrogens) that inhibit the effect of our bodies’ own oestrogen (15). One study examined the impact of soy intake on PC progression. Men awaiting prostate surgery were randomly assigned to either eating a diet high in soy or not. In the soy group there was a significant decrease in the PSA level when compared to the control group (16).

Another source of phytoestrogens, in the form of lignans, are flaxseeds. A study looking at the impact of flaxseed intake on PC progression, randomly assigned men waiting surgery for PC to having either 3 tablespoons of flaxseeds a day or not. At the time of surgery those that had been consuming the diet with flaxseeds had evidence of cancer regression when compared to the control group (17).

Green tea has long been thought to have anti-cancer properties. When men with pre-cancerous prostate lesions were randomly assigned to take green tea extracts or not, the green tea group had a significantly lower rate of progression to PC (18). When green tea was compared with black tea or water, only the men drinking the green tea showed a significant decrease in PSA levels (19). At high doses, green tea extracts have been linked to liver failure, so if incorporating green tea into the diet, it is best to stick with the tea itself.

​So what is a prostate healthy diet?

Luckily the diet that is best for prostate health is also best for heart, lung, liver and kidney health and also for preventing most common cancers. This is one that is predominantly based on whole plant foods. That is a diet consisting of fruits, vegetables, whole grains, beans, legumes, nuts and seeds (Figure 1). The diet should also be low in added oil and salt. The closer you get to a plant-based diet the easier it will be to control your weight, the more energy you will have and you will lower your risk of chronic illness. It is the only diet that has ever been proven to not only prevent, but also reverse diabetes and heart disease.

​For more information on the role of diet and PC please refer to the following resources
Websites: nutritionfacts.org, pcrm.org
Books: Eat to live by Joel Fuhrman, How not to die, by Michael Greger, Cancer survivors guide by Neal Barnard
Documentary: Forks over knives