The PURE study and dairy consumption 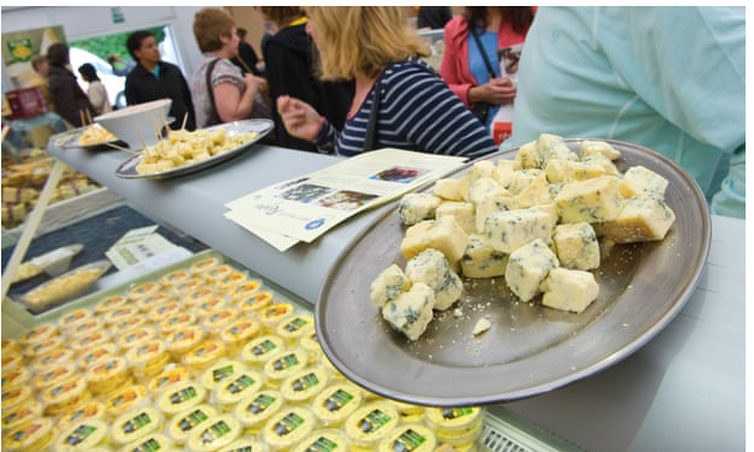 DAIRY INTAKE AND CARDIOVASCULAR DISEASE: Recent headlines suggest that the more dairy products you consume, the lower the risk of cardiovascular disease. So, have dairy products really been exonerated? Do we now ignore the association between dairy consumption and increased risk of prostate, breast and ovarian cancer (1, 2)? Do we ignore the fact that high fat dairy products such as cheese are associated with an increased risk of obesity (3)? I accept that the effects of dairy consumption of obesity are not clear cut, but when cheese is 70% fat and fat has 9 calories per gram compared to 4 calories per gram in protein and carbohydrates, its consumption is going to exacerbate the problem of calorie excess. Obesity, driven by the overconsumption of calories, is now second to tobacco as the leading cause of cancer. Do we ignore the fact that vegans (who do not consume any animal products, including dairy) have the lowest risk of heart disease when compared to all other diet patterns (4)?. I also accept that a small amount of dairy in the diet, if you are consuming a diet centred around whole plant foods, is unlikely to do any harm. Suggesting it is an essential component of the diet is an over statement.

As you might expect, the devil is in the detail and when you examine the study in depth the results are not so clear-cut and certainly do not warrant a change to current public health guidance. Lets take a closer look at the study behind the headlines.

The Prospective Urban Rural Epidemiology (PURE) study is a large multinational cohort study of individuals aged 35–70 years enrolled from 21 countries in five continents and includes countries of low, middle and high-income (5). One of its major problems is that it only collected data on dietary intake at the start of the study and therefore does not take into account changes in dietary patterns over the period of follow-up. Here are some further points, which raise questions about the study conclusions.

1) Although the Authors state that results were adjusted for consumption of other foods like fruits and vegetables, meat, starchy foods there is no details about how this was done. Therefore, what are those people that consume less dairy eating or drinking instead and vice versa? We know from the previous publications from the PURE study that different types of carbohydrates were all grouped together and treated in the same way. We know that eating sugar is not the same as eating carbohydrates from whole grains for example, but this was not accounted for in this study (6). So are individuals who consume less dairy instead consuming sugary drinks, processed meat, red meats – we just don’t know. The Authors state ‘Because of very low intake of processed meat and soft drink in low income and middle-income countries (we did not include them as covariates in the models)’. So in countries consuming low amounts of foods known to be associated with increased risk of cardiovascular disease, this was not taken into account. This seems very strange.

2) The Authors state ‘We examined associations within each geographical region except southeast Asia and Africa because of low dairy consumption and few number of events’. In other words, they excluded regions where dairy consumption is low AND have a low incidence of cardiovascular disease. Surely this will have biased the results and cannot justify the conclusion, which recommends an increased consumption of dairy products.

3) Countries consuming the highest amounts of dairy are in general high-income countries. People in these countries are more likely to have better access to healthcare and have treatment for known cardiovascular risk factors such as high blood pressure and cholesterol. This does not seem to have been taken into account. China consumes relatively low amounts of dairy but the rates of stroke are particular high. However, this may be explained by the high rates of untreated hypertension (7).

4) The Authors state ‘Because the effect of dairy on outcome might be mediated through obesity, we did not include body-mass index (BMI) and waist-to-hip ratio in the primary multivariable models’. This means BMI and waist-to hip ratio, two of the biggest determinants of chronic disease, were not even taken into account. High incomes countries with the highest intake of dairy also have the highest incidence of obesity.

5) The Authors state ‘Butter consumption was associated with an increased risk of cardiovascular disease (although not statistically significant)’. How is that explained? Butter is a dairy product composed of 80% fat and in this study, like others before, seems to have had a negative effect on cardiovascular disease? How can it then be concluded that whole fat dairy products are healthful?

7) When the results are analysed per region only (provided as supplemental material, Figure S1, attached) the results are not so impressive. In fact, none of the associations are statistically significant as the 95% CI for hazard ratios all cross 1.

8) To conclude that low and middle-income countries should increase dairy consumption fails to acknowledge that these are the countries in which lactose intolerance is the most prevalent and in Asia and Africa can affect up to 90% of the population (8). Surely it is irresponsible to suggest that these populations should increase consumption of dairy?

9) There does not appear to be a plausible biological mechanism for the findings and the authors fail to explain why populations consuming no dairy products (vegans) have some of the lowest rates of cardiovascular disease (as stated above). We also know that lacto-ovo vegetarians have a lower incidence of cardiovascular disease than omnivores. So at best, we may be able to conclude that dairy consumption is better than meat consumption.

So, do I think this study confirms that dairy products are a healthful component of the diet? Not really. I accept that dairy can be part of a healthful diet if it is one centred around whole plant foods. Is it essential or necessary? Certainly not, as there are no nutrients found in dairy that cannot be found in whole plant foods. A predominantly plant-based diet gives you the best chance of minimising the risk of cardiovascular disease