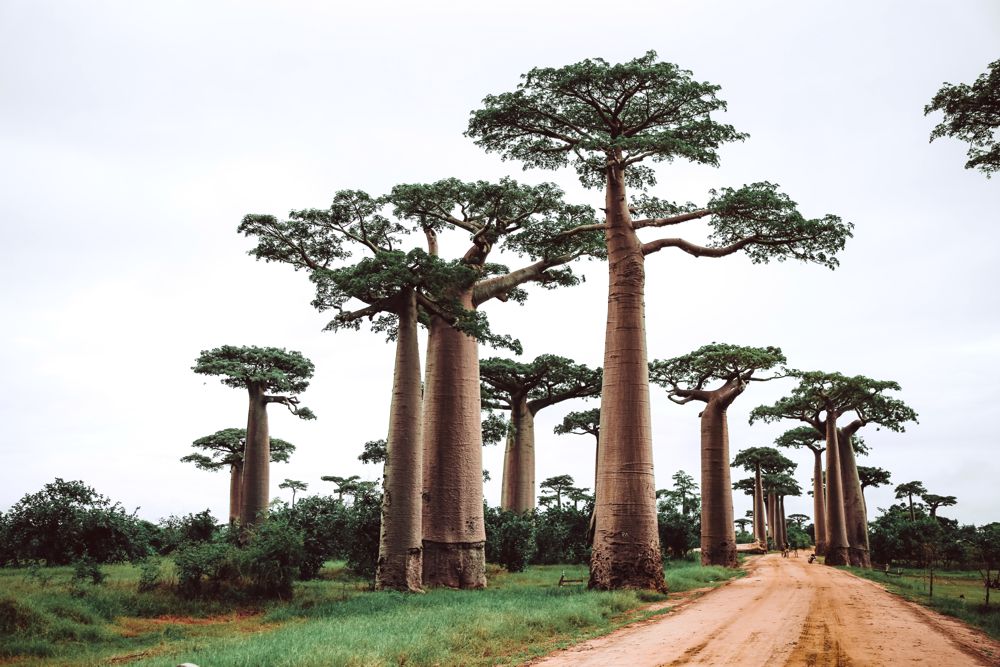 TO BAOBAB OR NOT?

Baobab and Gut Health: Can we learn from the last remaining Hunter-Gatherers?

Baobab you say. I am sure you have heard of one of the African Tribe ‘superfoods’ to grace our culinary shelves? If you haven’t, do not fear, as this article will cover all things baobab and gut health.

The Baobab fruit grows on a tree indigenous to Africa, Arabia, Australia and Madagascar and has traditionally been used to relieve bowel problems including diarrhoea, constipation and dysentery.

Its pulp, leaves and seeds have been reported to have phenomenal nutritional value – rich in Vitamin C and B6, as well as Calcium, Potassium, Magnesium, Iron, Zinc, Niacin and Thiamine (1). Baobab has also been found to be a good source of prebiotic fibre (2); non-digestible compounds which act as carbon sources for primary and secondary fermentation processes in the gut to support good digestion and gut health by promoting the growth of beneficial gut taxa or microbiome (3).

As many of us are very unlikely to source fresh Baobab, the power of modern food production has gifted the western world with Baobab in its powdered form – which is still packed with the same level of micronutrients.

Why has Baobab come into our lives and is the hype real?

We have the Hadza tribe of Tanzania to thank for this albeit new craze in the developed countries, but a food source that has stood the test of time for the last remaining tribe of hunter-gatherers. Their diet comprises mainly of edible plants, wild game, honey, tubers and also baobab fruit; which contributes to the most significant amount of calories to their diet than any other food (4).

The Hadza tribe are considered to have one of the most diverse and enviable microbiomes as compared to westerners (5), as a result of consuming dry baobab as a drink for breakfast, or drying the seeds and grinding them into a flour, which they eat dry or with a little water.

The Hadza aren’t the only ones to benefit though

Similar to that of the Hadza, exceptional sources of amino acids phenylalanine and tyrosine in urban adults from Burkina Faso have been suggested to come from the Baobab whose leaves are rich in glycine, alanine, and glutamic acid and are added to main Burkinabè dishes (6), and also in Nigeria as it is serves as the main ingredient of the kuka soup; a staple food of that country (7).

Could Baobab therefore, work in the Western World?

Italian researchers reported that Baobab Fruit Powder was found to have a positive prebiotic effect on particular probiotic gut bacteria. Astonishingly, only small amounts of Baobab (2% solution) was needed to significantly increase the production of Bifidobacteri and Lattobacilli (8).

Could it just be Nature vs Nurture?

What we do know is that the Hadza microbiota is dominated by particular strains of micriobiota that are otherwise reduced in a western population (Firmicutes – 72%, Bacteroidetes – 17%, Proteobacteria – 6%, and Spirochaetes -3%). The increased quantities of Prevotella (Bacteroidetes) and Treponema (Spirochaetes) allow for the breakdown of xylan, whilst Firmicutes possesses several species that support the breakdown of fibre, suggesting that these are vital for the digestion of the glycan and fibre-rich diet consumed by the Hadza (5).

In contrast though, Hadza faeces have reduced numbers of butyrate-producing Clostridium clusters IV and XIV, which are considered to be beneficial gut bacteria, and a distinct lack of Bifidobacteria; which are typically found in up to 10% of Western adults’ gut microbiota and considered as valuable probiotic agents for gastrointestinal disorders (9).

This shows that the Hadza microbiota is distinctly different to that of urban western populations, and that their remarkable gut microbial community and altered faecal metabolome is an adaptation and precondition of their diet.

After all, your gut is what you eat, which explains why the microbiota of these people have also been found to vary between seasons (10) demonstrating a link between environment, diet and gut microbiome (11).

The evidence though limited at this time, suggests that Baobab has a good nutritional profile and may support gut health. It has shown value and promise in the African sub-continent as an application for nutritional medicine (12). It has also been shown to have promising additive effects in the Western diet. So we may find in the future that Boabab powder is considered a useful way of improving gut health. 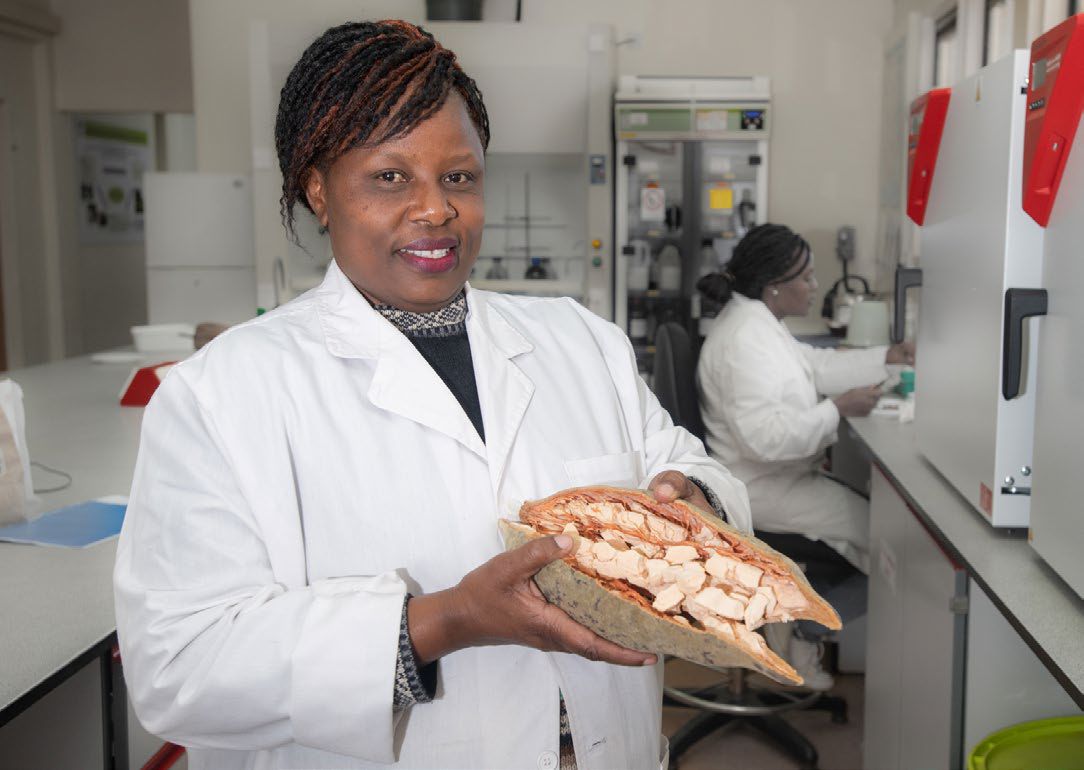 Agnes Were, a laboratory assistant at World Agroforestry Centre’s gene bank, shows a baobab fruit. ICRAF is presented with many challenges when preparing seeds for germination testing and storage. For the baobab, Agnes uses a hammer to open the pod.