I Could Never Go Vegan

I could never go vegan. Five words spoken around the world by many a non-vegan, but why? On a quest for the truth, a filmmaker sets out on a journey to find out the leading arguments facing the vegan movement, and if they’re justified.

Researchers explore the possibility that people changing their diets from animal-based to plant-based can help eliminate or control diseases like cancer and diabetes.

Filmmaker Kip Andersen uncovers the secret to preventing and even reversing chronic diseases, and he investigates why the nation’s leading health organizations doesn’t want people to know about it.

The Game Changers will introduce the world to elite athletes, special ops soldiers, visionary scientists, cultural icons and everyday heroes. Each on a mission to create a seismic shift in the way we eat and live.

A feature length documentary revealing the truth behind why Americans are so sick and what we can do about it. The film focusses on the role of nutrition in health and the benefits of a whole food plant-based diet not only for the promotion of optimal health but for the environment and the animals. 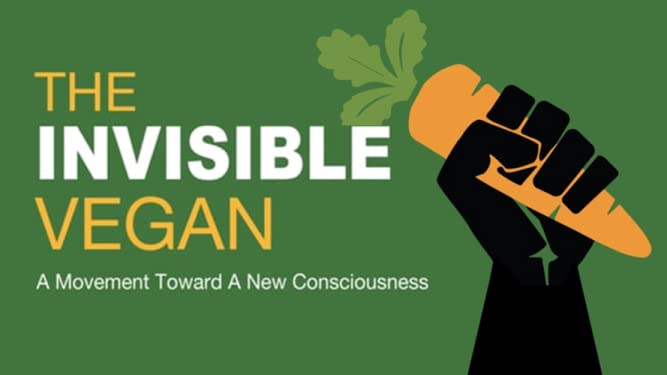 The Invisible Vegan is a documentary that explores the problem of unhealthy dietary patterns in the African-American community, foregrounding the health and wellness possibilities enabled by plant-based vegan diets and lifestyle choices. “African Americans are emotionally connected to food because it’s about community and family.” -Lillian Hill

Morbidly obese and stricken with an autoimmune disease, a man endeavors to drink only fruit and vegetable juice for 60 days in an effort to lose weight and reclaim his health.

This film dispels any lingering doubts about a plant-based diet for ultra-althletes. From Executive Producer James Cromwell and award-winning director Keegan Kuhn (Cowspiracy, What The Health) comes RUNNING FOR GOOD, the feature-length sports documentary narrated by Rich Roll (Finding Ultra), following world record marathon runner Fiona Oakes in her attempt not only to set a new global record in endurance racing, but to compete in the “toughest footrace on earth,” the Marathon Des Sables, a 250km race through the Sahara Desert.

Fiona Oakes has made a name for herself as a unique endurance runner. She is the fastest woman in the world to run a marathon on all seven continents, and the north pole, in both cumulative and elapsed time. Fiona’s achievements are made even more astounding due to the fact that she was told at age 14 that she would never walk properly, let alone ever run. She would undergo more than 17 radical knee surgeries which ultimately led to having her entire right kneecap removed. The process was agonizing, the rehab worse, the records she’s gone on to set even more astounding.

With overcoming her own adversity, Fiona’s true drive to achieve incredible feats of speed and human endurance are motivated by a deep desire to raise awareness for the plight of animals. Her achievements help fund a 450+ animal sanctuary that she takes care of every day.

More videos on our Youtube channel
We use cookies on our website to give you the optimum experience and to allow us to see how the site is used. By clicking “Accept”, you consent to the use of ALL the cookies.
Cookie settingsACCEPT
Manage consent