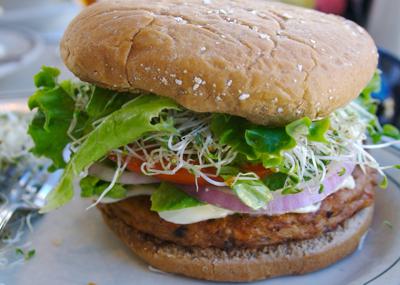 There has been a lot of talk lately over whether we should be eating plant-based meat alternatives due to them falling into the processed food bracket. Here I discuss some pros and cons of these type of foods, as well as looking into the most popular brands on the market to compare ingredients and nutritional value of some of their products. The purpose of this blog is not to persuade or dissuade you from including these foods in your diet, but to give you the information to enable you to make informed choices.

So, let’s start with the pros as I always like to start on a positive note!

It is not always realistic to expect a complete diet change overnight, and people’s reasons for wanting to reduce their meat intake varies. If it is due to animal welfare, it is easier to eliminate meat immediately, but if it is due to environmental or health concerns, a steadier approach is often needed. I find that this especially applies to men and particularly those who consume high quantities of meat. Immediately going from this type of diet to a whole food plant-based diet immediately may reduce the likelihood of it being sustainable long term and this is where these meat alternatives come in handy. There are so many on the market these days, with some resembling the taste of meat so realistically that many vegans have told me that they are unable to eat them.

These meat alternatives are often placed in the same aisle as meat and although some people have highlighted this as a negative, I actually think it is an inspired idea. Yes, as a vegan it isn’t pleasant having to walk down the aisle but often, they are placed right at the end, so you don’t have to venture too far. I know a lot of meat eaters who have accidentally come across these products, have bought something out of curiosity and have then decided to replace their usual burgers with the meat free alternative

This type of iron found in meat is a pro-oxidant, which means that it contributes to inflammation in the body and can result in insulin resistance and contribute to chronic disease states. Nitrates in processed meat generate harmful, carcinogenic (cancer causing) compounds which also result in oxidative stress and impaired blood vessel function. Plants also contain nitrates but the big difference is the phytochemicals in plants prevent them from being converted into carcinogens

If you are going out for a meal with non-vegan friends, often you will not find yourself in a fully vegan restaurant. Many restaurants now have a vegan menu which is fantastic, and the primary options tend to be plant-based burgers or hot dogs. They are often served in plant-based brioche buns with cheeze and a variety of fillings. It can be very difficult to tell the difference between them and the meat alternative. This means that even the meat eaters at the table will sometimes opt for the vegan option and will thoroughly enjoy it. Even if they don’t, you can still enjoy the company of your friends and help dispel the myth that vegans live on lettuce leaves and cucumber sticks! Similarly, when invited to social events such as BBQs, rather than missing out, or having to make your own food to take with you, you can either take your plant-based burgers etc to cook in the oven, or on a separate BBQ if this is an option and then enjoy the occasion with your friends

We all have very busy lives and sometimes, when you come home from work, or have worked hard at home all day, the last thing you feel like doing is cooking a meal from scratch, especially if you can’t be sure that the children will eat it. With these products, all you have to do is heat up the oven, cook them and either serve in whole meal buns, or mixed into whole wheat pasta with some added veg. Don’t forget that by adding salad to the burgers, or veg to the plant-based balls and by choosing wholegrains to go alongside, you actually have a pretty nutritious meal for your family

Ultimately, these products are still classed as a processed food and can contain high amounts of salt, sugar, saturated fat and additives. All these things can have a negative impact on our health, such as increasing our risk of obesity, tooth decay and cardiovascular disease. However, with such a variety on the shelves these days, the nutritional values also vary, and this will be outlined in the table below

When switching to a plant-based diet, there is often the misconception that it can be much more expensive than a meat-based diet. Although this isn’t true, if these products become a regular part of the diet, the cost can quickly add up, especially if you are choosing products not discussed below, such as sandwich fillers, pizzas and other processed foods

Many meat alternatives contain ingredients such as soya, wheat and barley, which means that they may not be appropriate for those with allergies or conditions such as gluten intolerance and coeliac disease. It is very important to check the labels carefully if this applies to you, and also to consider the risk of cross contamination

I have looked into some of the 100% plant-based products on the market to enable you to make your choice if you do want to include these products in your diet. Nutritional values are per portion (1 burger, 2 sausages, with the portion number/size alongside the chicken bites, bacon and balls). This isn’t an extensive list and I haven’t analysed every ingredient/aspect but I thought these would be the main ones of interest. Furthermore, I haven’t analysed the fibre content, but every product will contain some fibre due to them all being made from plants.

Table 1. Nutritional content of plant-based meat alternatives. (If not stated, the values are for one item)

In summary, meat alternatives can be a great choice for those wanting to transition to a more plant-based diet, particularly for those who have high meat intakes. The table above can help you to make better choices as the nutritional composition varies between brands. For example, if you are looking to avoid too much saturated fat, you would probably prefer to avoid the top two burgers, and if salt is a concern, you may want to avoid the brands with more than 1g per portion, remembering that the maximum amount we should be eating daily is 6g. You can also see that many of the items contain a fair few whole foods, which means they are less processed, with the beet burger coming out top. However, ultimately, they are all processed foods, and we should be looking to eat predominantly whole foods for the best health outcomes. There is little point in moving from a processed meat-based diet to a primarily processed vegan diet. However, eating plant-based burgers, sausages or vegetable-based balls occasionally as part of an otherwise healthy, balanced diet is not going to have a significant negative impact on your health. In addition, if the occasional meat substitute makes things easier in terms of pleasing the whole family, reducing stress and resulting in food satisfaction for all, then we shouldn’t feel guilty about that.

Another option, of course, especially if you are unable to have soya and/or wheat, is to make your own meat substitutes using whole foods and there are a huge number of recipes on-line and on social media. Whatever you choose to do, you can still feel reassured that by increasing the number of plant foods in your diet to replace animal foods, you are improving your health, reducing your risk of chronic disease, helping to reduce your environmental impact and contributing to animal welfare.