Happy new year to you all. The year started off with the U.S. News and World Report rankings of 35 diets.

Most of the highly rated diet patterns were plant strong, with the Mediterranean diet pattern coming in top for the third year in a row as best diet overall. The Ornish diet, a low fat, whole food plant-based diets, came top in the heart-healthy category. The vegan diet was tied second in 2 categories — best diet for weight loss and for type 2 diabetes. The vegan diet pattern lost points overall because experts rated it ‘difficult to follow’ and ‘restrictive’ and raised concerns about nutritional completeness, with risk of deficiencies of vitamin D, calcium, iron, vitamin B12, protein, omega 3 and zinc. Several low-carb diet patterns, such as the Paleo, Keto and Atkins, came in bottom for most categories although experts accepted that there may be benefits for short-term weight loss.

I think for those of us that have been following health vegan diets for several years, we know that the diet pattern is really not difficult, restrictive or lacking in nutrients. Nutritional deficiencies are no more likely than on an omnivorous diet, which is often lacking in fibre, potassium, folate and magnesium. Of course, a B12 supplement is required and in the winter months in countries where sunlight is limited (for any diet pattern), a vitamin D supplement is advisable. The key for all healthy diet patterns is to make sure they are well planned and composed of minimally processed whole foods. Many of the major dietetic organisation around the world, including the U.S., Canada and the U.K. have published position statements confirming that well planned vegan diets are nutritionally sound for all stages of human life, have benefits for preventing chronic disease and are more sustainable in the context of planetary health. In case you are in any doubt, here are the statement from the U.S. and the U.K. 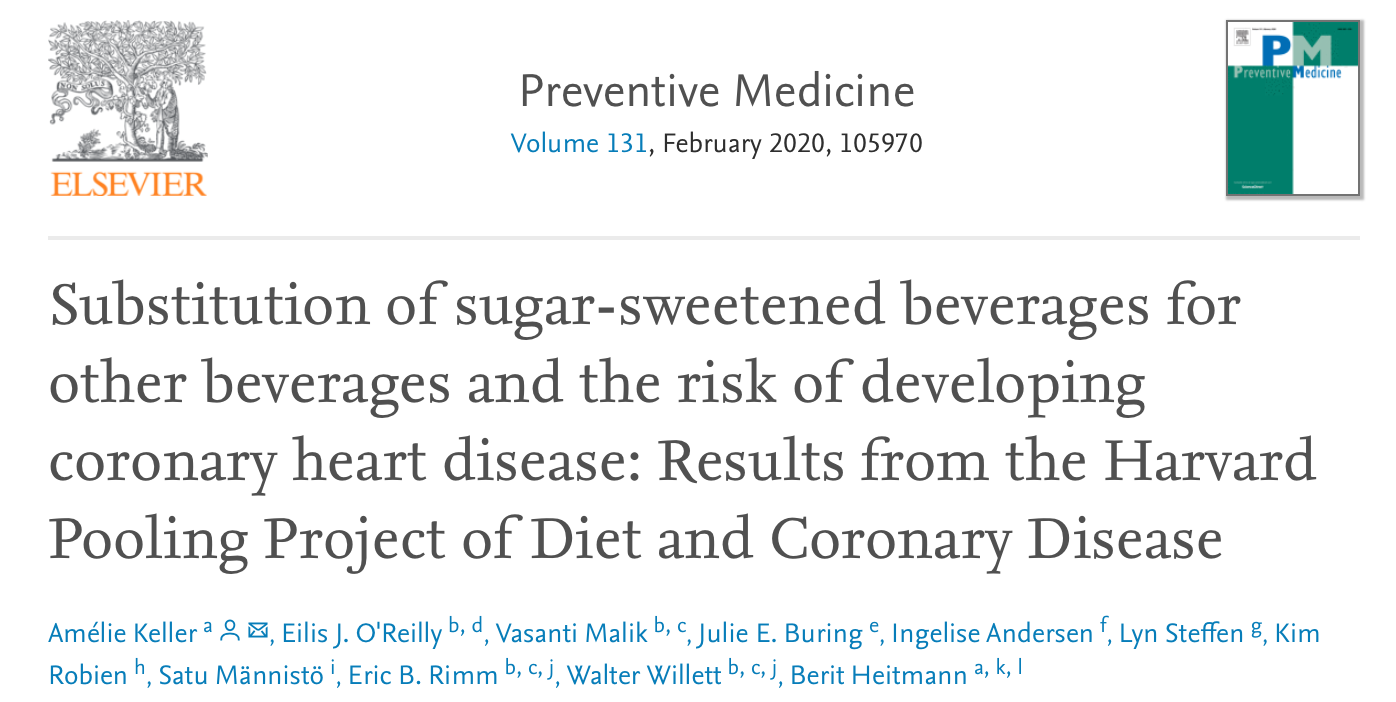 Several papers have confirmed that unhealthy plant-based diets, high in salt and free sugars actually increase the risk of a number of chronic diseases, including coronary heart disease, type 2 diabetes, kidney failure and cancer. One component of an unhealthy diet pattern is often the consumption of sugar-sweetened beverages (SSB), which have been associated with an increased risk of coronary heart disease, heart failure, stroke, weight gain and type 2 diabetes.

This paper examined data on SSB consumption and the risk of developing coronary heart disease (CHD) from 6 large prospective cohort studies. Amongst the 284,345 individuals included, who were followed for a median of 8.2 years, there were 4248 CHD events and 1630 CHD deaths. In line with previous studies, there was a significant increase in the risk of CHD events — 8% increase for every 335mls consumed on a daily basis. However, the effect on CHD deaths was not statistically significant. The novel aspect of this study was the substitution analysis. Replacing SSB with coffee or artificially-sweetened beverages (ASB) was shown to lower the risk of CHD. Data about water intake, which would be the most sensible drink to replace SSB with, were incomplete or missing in most of the included studies; therefore, substitution of water for SSBs was not assessed.

Although ASB overall appear more healthful than SSB in most studies, caution is required. ASB’s may adversely effect the gut microbiome and a recent study also suggested an association with ASB consumption and the risk of stroke.

In the Summer of 2019, a rather controversial opinion piece about the lower choline content of plant-based diets and a looming ‘choline crisis’, with implications for brain health, was published in the journal BMJ Nutrition, Prevention and Health. Foods with the highest level of choline are meat, fish, eggs and dairy. The media latched onto the article and published rather misleading stories suggesting vegans were risking their brain health due to lack of choline in the diet. Of note, the author of the BMJ article, Emma Derbyshire, is a member of the Meat Advisory Panel, a conflict of interest which was not disclosed on the original publication and led to several revisions of the article. Luckily, PCRM and the UK Vegan Society put the record straight. There is no evidence that plant-based diets are deficient in choline or increase the risk of cognitive impairment. In fact the opposite may be true. No dietary targets for choline intakes have been set in the UK. In the U.S.the recommended daily intake of choline is 550 mg for men and 425 mg for women, although the intake is lower in most people. Studies have in fact shown that choline from meat and eggs is converted to TMA by gut bacteria and once absorbed the liver converts this to TMAO, which has been implicated in the pathogenesis of cardiovascular disease, type 2 diabetes and renal failure.

The study highlighted in this post examined the association of choline intake with cardiometabolic and all-cause mortality in 3 prospective studies including 49,858 black, 23,766 whites and 134,001 chinese participants. During a median follow up of 11.7 years, 28,673 deaths were identified, including 11,141 cardiometabolic deaths. The study found that high intakes of total choline and certain choline-containing compounds were associated with increased risk of cardiometabolic mortality, especially diabetes and ischaemic heart disease mortality. Although the mechanism of this assocation was not possible to establish, the authors conclude that it may be beneficial to reduce choline intake by ‘Replacing major food sources of choline (i.e., red meat and eggs) with plant-based foods (e.g., vegetables, nuts, and legumes)’. 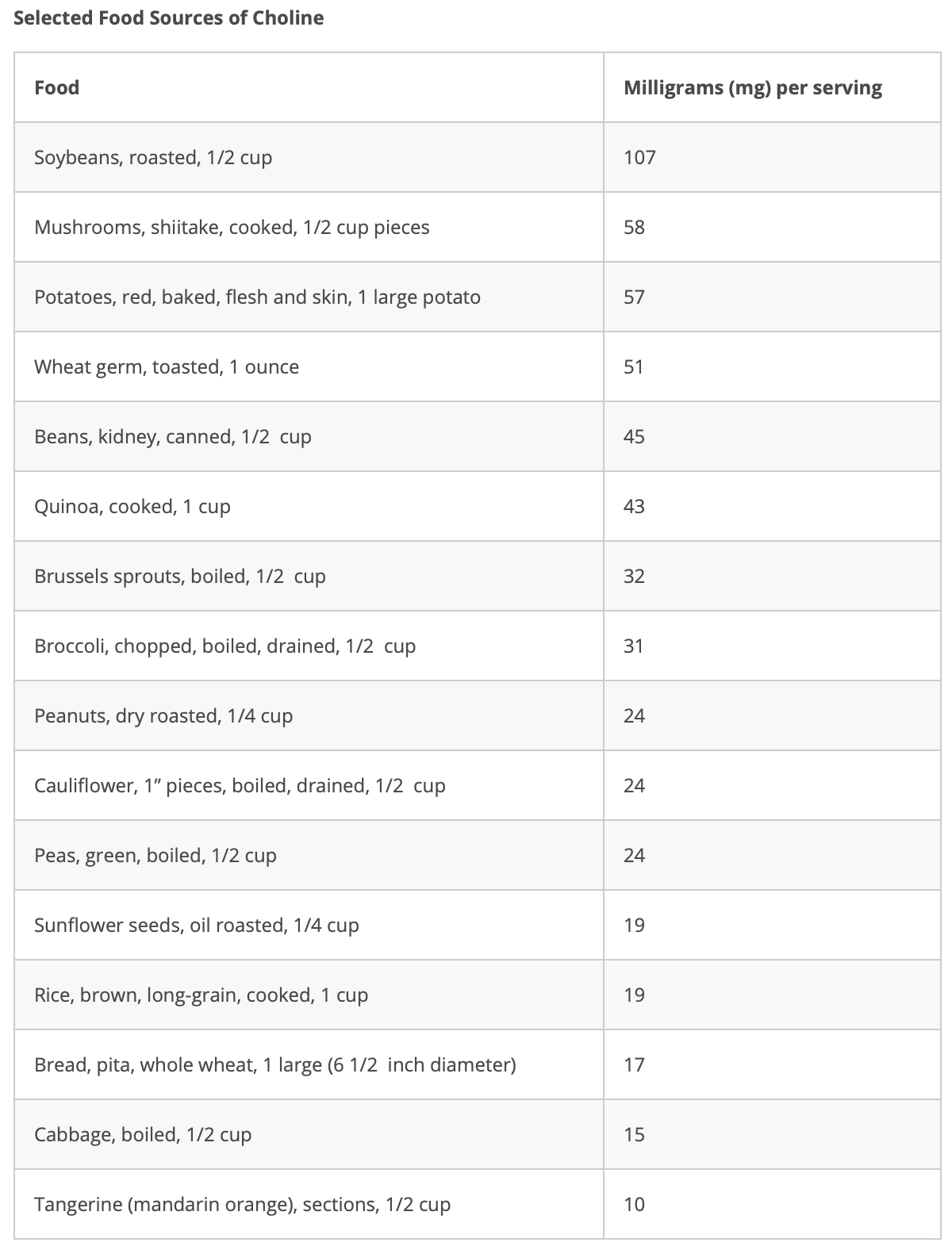 This paper analyses data from the Atherosclerosis Risk in Communities (ARIC) Study, a prospective community-based cohort study which began in 1987–1989, and has >30 y of follow-up. The paper also performs a meta-analysis of 5 studies. The questions asked is whether a low serum magnesium level is an independent risk factor for the developement of coronary artery disease (CAD), as shown in previous studies. Magnesium is a mineral that is essential for basic cellular processes and acts as a cofactor for hundreds of enzymatic reactions. Foods sources of magnesium include green leafy vegetables, whole grains, nuts, legumes, and dairy products. A significant proportion of people eating a typical Western diet fail to meet recommended daily intakes, which in the UK are 300mg/d and 270mg/d for adult men and women, respectively.

The study indeed did find low serum magnesium levels to be an independent risk factor for the development of CAD. A nice editorial accompanies the article. The association between low magnesium and CAD disease may be as a result of associated elevated blood pressure, chronic inflammation, hyperglycemia, or impaired vasomotor tone and peripheral blood flow, which can accompany low magnesium levels. However, to date, supplementation of magnesium has not been shown to consistently reduce the risk of CAD. Thus, as stated in the editorial, it is probably better to concentrate on eating a healthy dietary pattern rather than focussing on a single nutrient and ‘a dietary pattern rich in healthy plant foods providing high intakes of magnesium, potassium, calcium, fiber, and other phytochemicals is likely to have a larger impact on CAD risk than magnesium in isolation’. It’s really easy to get plenty of magnesium on a plant-based diet. 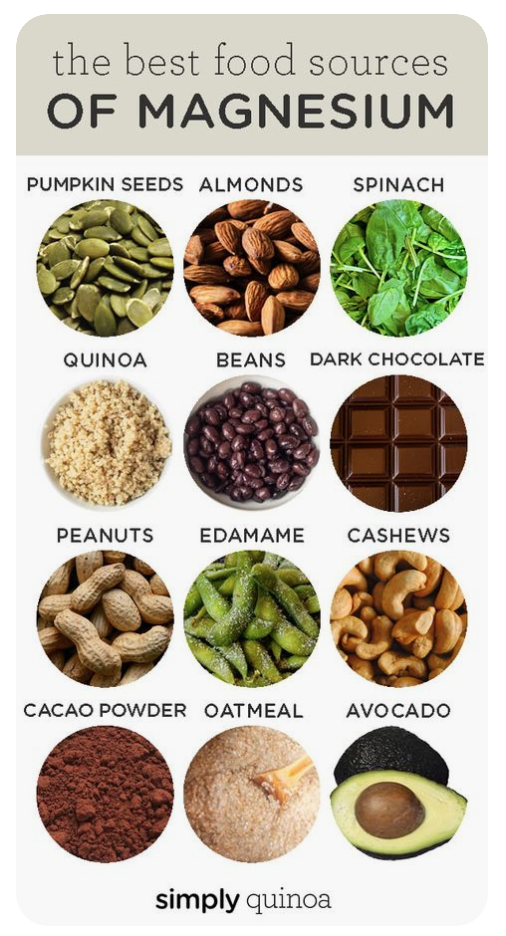 This paper is not about plant-based nutrition, but an important one nonetheless for those practicing lifestyle medicine. Regular physical activity is a crucial lifestyle behaviour for the prevention of cancer, but are the current guidelines sufficient? The 2018 Physical Activity Guidelines for Americans recommend adults should do at least 150 minutes (2 hours and 30 minutes) to 300 minutes (5 hours) a week of moderate-intensity, or 75 minutes (1 hour and 15 minutes) to 150 minutes (2 hours and 30 minutes) a week of vigorous-intensity aerobic physical activity, or an equivalent combination of moderate- and vigorous-intensity aerobic activity. Preferably, aerobic activity should be spread throughout the week. Additional health benefits are gained by engaging in physical activity beyond the equivalent of 300 minutes (5 hours) of moderate-intensity physical activity a week. In this study, data from 9 prospective cohort studies from the U.S., Europe and Australia, including 755,459 individuals, were examined. Engagement in recommended amounts of leisure-time physical activity was associated with significantly lower risk for 7 of the 15 cancer studied, including colon (8%-14% lower risk in men), breast (6%-10% lower risk), endometrial (10%-18% lower risk), kidney (11%-17% lower risk), myeloma (14%-19% lower risk), liver (18%-27% lower risk), and non-Hodgkin lymphoma (11%-18% lower risk in women). There are many mechanisms by which physical activity prevents cancer. These include the maintenance of a healthy weight, maintaining insulin sensitivity, reducing inflammation and enhancing the activity of the immune system. Physical activity also has the capacity to maintain telomere function and favourably alter gene expression.