There are some well established truths: 1) Blood cholesterol is the number 1 predictor of CVD. 2) The number one factor predicting blood cholesterol level is our diet not genetics. 3) Those that eliminate animal-derived foods from the diet and eat mainly whole plant foods have the lowest blood cholesterol and lowest risk of CVD.

IMPACT OF INDUSTRY FUNDING ON CHOLESTEROL RESEARCH: Dr Neal Barnard and his team at PCRM.have conducted a very important systematic review of the impact of industry funding on the results of studies examining the effect of egg consumption on blood cholesterol levels. The review included 211 articles. The percentage of industry-funded studies increased from 0% in the 1950s to 60% for 2010-2019 (P < .001). Most studies showed that the consumption of eggs resulted in a rise in blood cholesterol level as shown in the image below.

ANTI-INFLAMMATORY EFFECTS OF A VEGAN DIET: Staying with the theme of CVD, I wanted to highlight this important paper from 2018. Cardiovascular disease is still the top cause of death around the world. Atherosclerosis is the underlying pathogenic mechanism— build up of fatty plaques in the arteries. There are two predominant mechanisms leading to atherosclerosis — dyslipidaemia/high cholesterol and inflammation. One reason why people with seemingly normal cholesterol levels can still develop atherosclerosis is due to inflammation. One measure of inflammation is high sensitivity CRP (hsCRP). There is a direct correlation between the level of hsCRP and the risk of cardiovascular disease in men and women.

So, researchers have tried to combat atherosclerosis with drugs that reduce inflammation. One such drug is canakinumab, which blocks interleukin-1 beta. In patients with prior myocardial infarction the drug was able to significantly reduce the level of hsCRP and the risk of further cardiovascular events. This was at the cost of an increased risk of fatal infection.

It seems there is another way to block inflammation in the body. Yes, you guessed it — A VEGAN DIET. The study highlighted is a randomised study of a vegan diet versus the American Heart Association (AHA)diet in people with coronary artery disease. After 8 weeks, those on a vegan diet had a 32% greater reduction in the level of hsCRP compared to those on the AHA diet. This is not dissimilar to the reduction seen with canakinumab! However, this study was not powered to look at effects on cardiovascular events or survival. Nonetheless, it appears that a vegan diet is able to address the root cause of CVD — dyslipidaemia and inflammation – without any side effects. 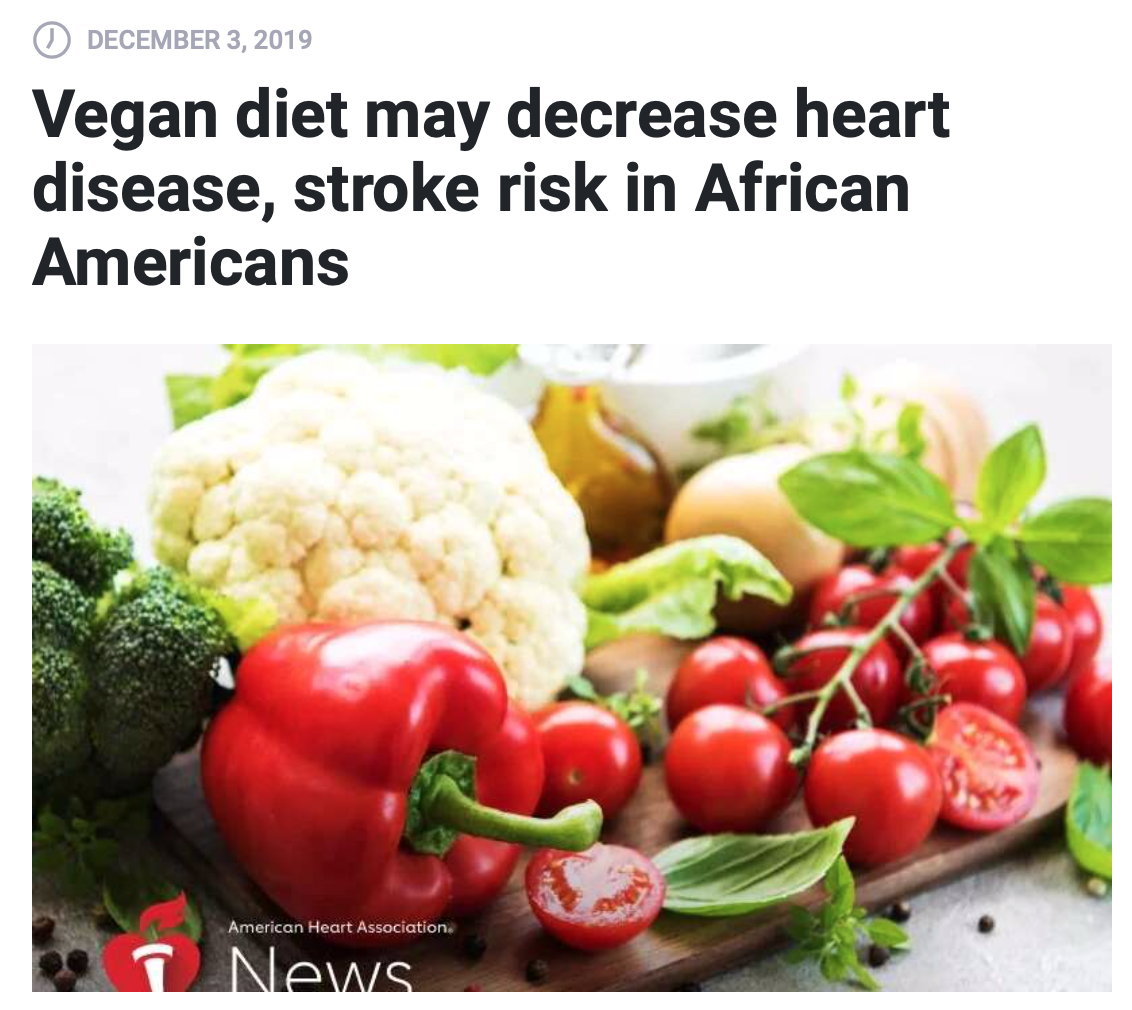 AN INTERVENTION STUDY IN AFRICAN AMERICANS IN THE US: This study is led by PBHP UK international advisory board member Dr Kim Williams. He is a Past President of the American College of Cardiology and follows a vegan diet. The data has only been presented in abstract form at the 2019 American Heart Association’s Scientific Sessions conference. It is a small study in which 50 African Americans who were asked to eat only prepared vegan meals delivered to their homes for 5 weeks. A cardiovascular risk calculator was used to assess their risk of heart attack or stroke over the next 10 years. In the 36 participants for whom pre and post diet risk scores were available, the cardiovascular risk fell by about 19%. This was due to reductions in both LDL-cholesterol and systolic blood pressure levels. Of course larger, longer term studies would be ideal but these preliminary data demonstrate what we already know from epidemiological data that the more whole plant foods consumed in the diet the lower the risk of cardiovascular disease. 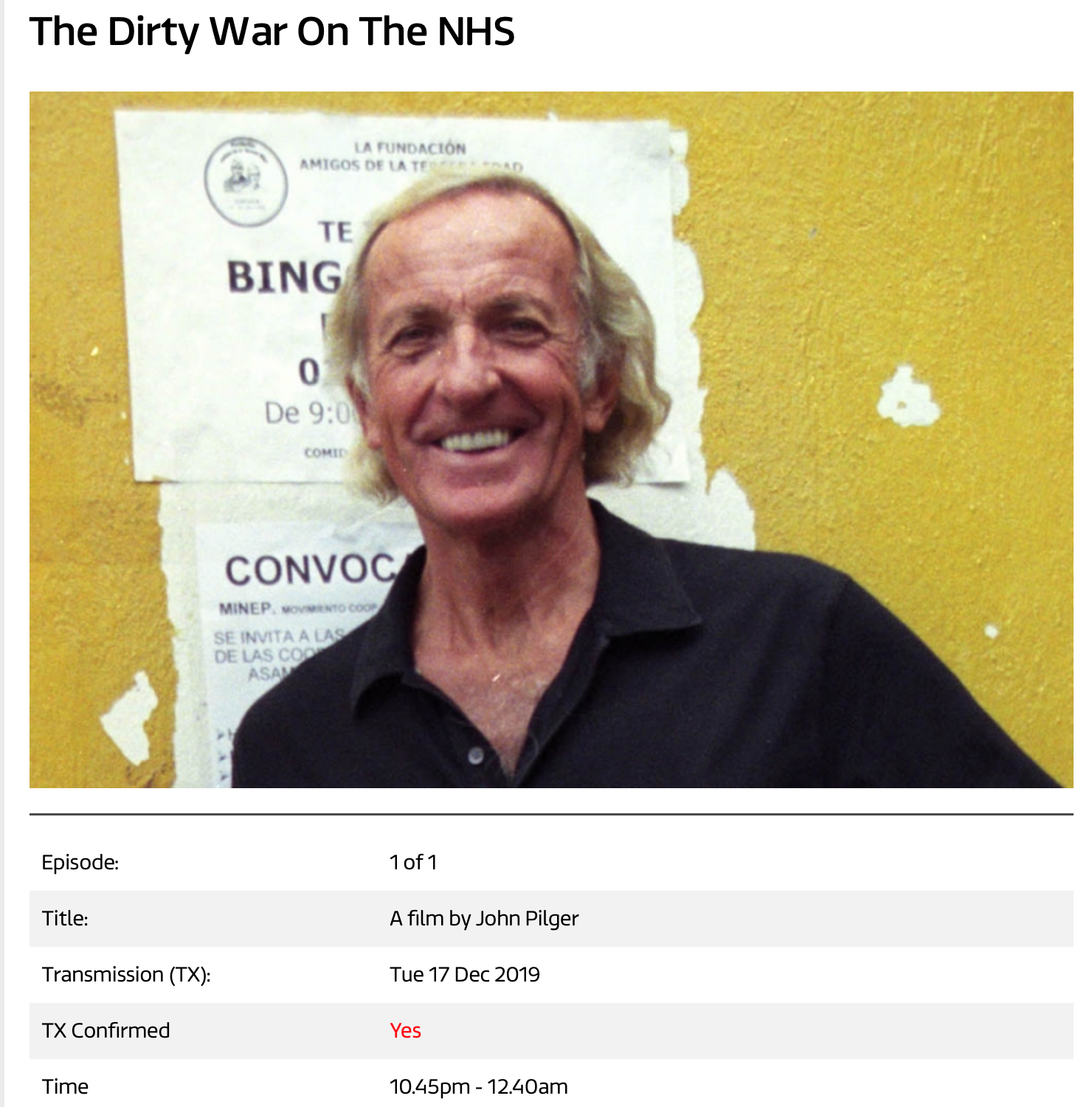 THE DIRTY WAR ON THE NHS: A personal hero of mine, John Pilger, a BAFTA and EMMY award winning Australian journalist and filmaker, has released his 60th documentary film, this time on the covert privatisation of the NHS. This is a must watch for all of us working in the NHS and will be aired on ITV on Tuesday 17th December 10.45pm. I have seen this first-hand at the the Hospital I work at, King’s College Hospital, London. It has sold off several key services in the form of private partnerships and yet it has the largest debt of any hospital trust in the land, including debt on a PFI building. With the recent election results, I fear there is now no turning back and the NHS of old has disappeared for ever. The only hope on an individual level is to take control of your own health and adopt health lifestyle behaviours that will give you the best chance of avoiding chronic illness for as long as possible. With this in mind, the next story is one of hope at least for the Scottish community. 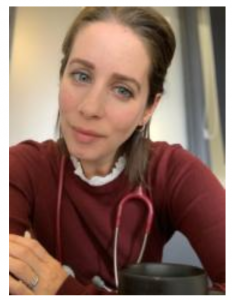 DOCTOR TEAMS UP WITH RESTAURANT OWNER TO LAUNCH PLANT-BASED HEALTH IMPROVEMENT PROGRAM: Scottish doctor, cancer survivor, returns from Toronto to promote Plant Based Health in her community Dr Laura Freeman, a GP and certified Lifestyle Medicine doctor, is encouraging the people of Glasgow to take a step towards better health with ‘CHIP’ (Complete Health Improvement Program), an intensive Lifestyle Intervention Program that encourages a shift towards a plant based diet. CHIP is a scientifically based program which has been proven to help people prevent, manage and even reverse many lifestyle diseases. “This program has had tremendous participation and success worldwide for over thirty years but this is the very first launch in Scotland. I’m truly thrilled to bring this powerfuland exciting program to Glasgow. It has shown incredible health improvements for more than 80,000 participants to date. It’s transformative power lies in its ability to get to the root cause of disease rather than just managing symptoms” says Dr Freeman. CHIP is a 12 week programme which covers every aspect of health and well being. Participants will enjoy regular group meetings for education and discussion on many important health topics at Soul Food Kitchen Glasgow. Soul Food Kitchen is delighted to collaborate with Dr Laura on this project; their values of health and wellness through a Plant Based Diet and lifestyle are aligned perfectly. “Evidence has proven CHIP participants reduce their risks of many lifestyle related diseases, including two of the most common chronic conditions heart disease and type 2 diabetes,” said Dr Freeman. “Research has proven that it can also boost your mood, help you lose weight and promote strong social connections. It really empowers people to take control of their health. It is medicine put into its very best practice!”