PLANT-BASED DIETS FOR KIDNEY HEALTH: A number of papers and articles in the last month have assessed the benefits of a plant-based diet for prevention of renal (kidney) failure and for delaying the progression of already established renal failure. Until recently there has been a reluctance from renal physicians to recommend plant-based diets to patients for a number of theoretical reasons that have not been corroborated in the scientific literature. These include the lower protein content of plant-based compared to animal-based diets and the higher potassium and phosphate content of plant foods.

It turns out that plant-based diets are not only best for preventing renal failure but can also prevent the progression of already established renal failure and delay the need for dialysis. Below are some of the reasons and conclusions. 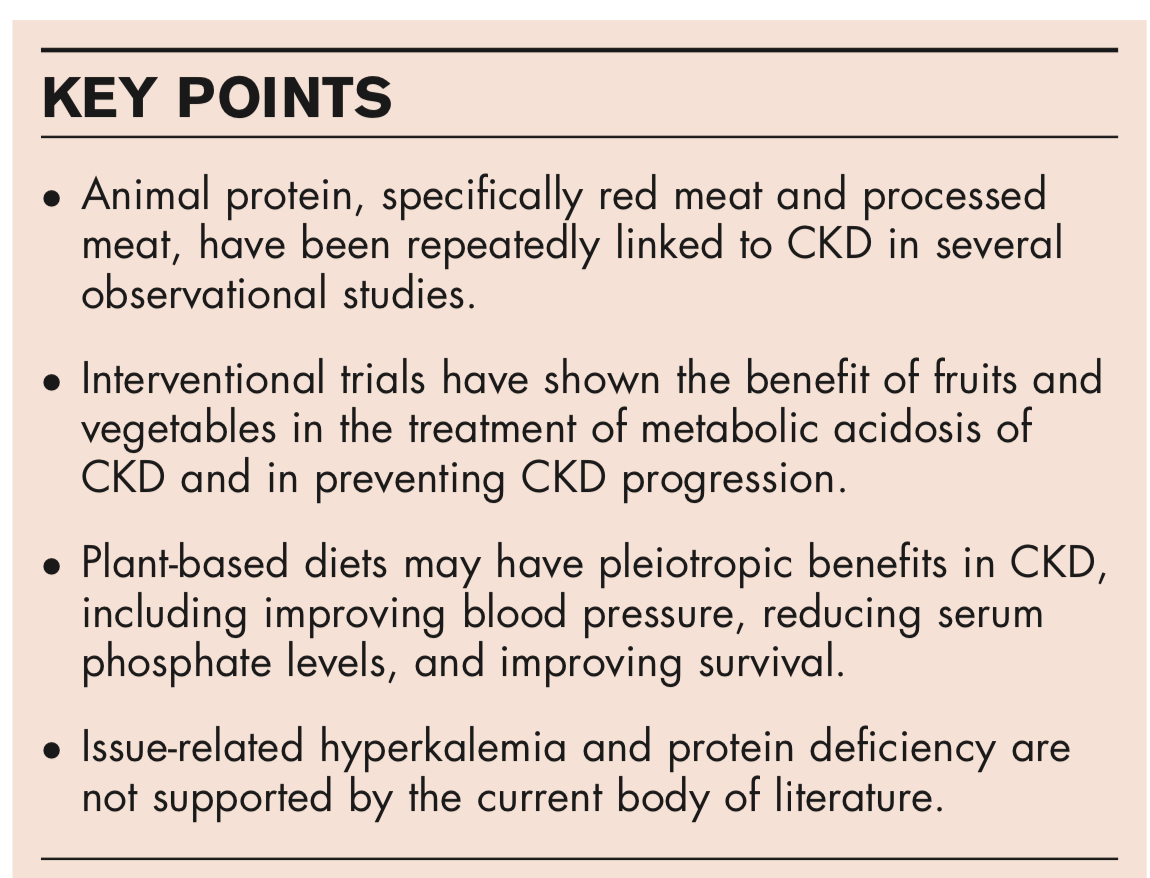 The detrimental effects of high-protein diets, especially if the protein is from animal-based sources, is nicely highlighted by the above editorial. It is clear that high protein intakes put an unnecessary strain on the kidneys, which increases the risk of renal failure and progression of already established renal failure. The conclusion of this editorial states ‘it is time to unleash the taboo and make it loud and clear that a high-protein diet is not as safe as claimed, as it may compromise kidney health and result in a more rapid kidney function decline in individuals or populations at high risk of CKD. While more studies are needed to shed greater light, and while we expect that discussion will continue on this and other taboo topics, it is prudent to avoid recommending high-protein intake for weight loss in obese or diabetic patients or those with prior cardiovascular events or a solitary kidney if kidney health cannot be adequately protected’. 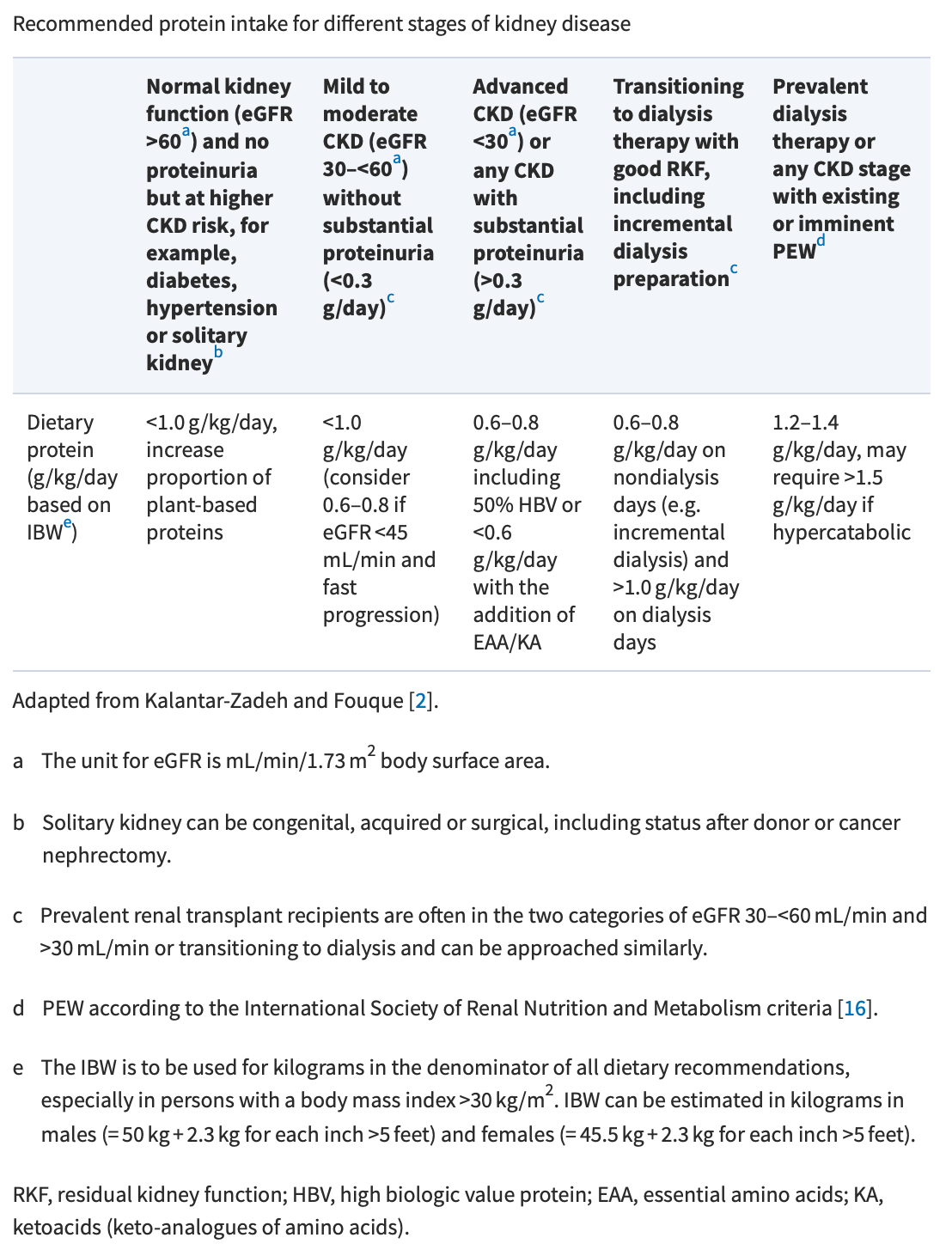 HEALTH BENEFITS OF LEGUME CONSUMPTION: The terms ‘legumes’ and ‘pulses’ are used interchangeably. However, pulses are officially a subtype of legume crops that are harvested for dry grain, such as lentils, chickpeas, dry beans, and peas. Green crops that are harvested for food (green beans, peas, etc.) or for oil extraction (soybean, peanuts, etc.), and those used for sowing purposes (clover, alfalfa, etc.) are not pulses. Therefore, all pulses are legumes but not all legumes are pulses. Legumes have several healthful properties and their consumption has been assoicated with a number of benefits. They are a good source of protein, fibre, B vitamins, minerals (including magnesium and potassium), and polyphenols, and have a low glycaemic index. The soya bean has a higher fat content (including omega-3 fats) and contains isoflavones, which have additional benefits for health.

An additional observational study from China finds that higher intake of legumes (80–200 grams per day) is associated with an approximately 50% reduction in risk of hypertension compared to those eating no legumes. However, further analysis of dried legume consumption showed that the benefit was more significant for higher soya bean consumption rather than non-soya bean. So there is no doubt that the resgular consumption of legumes form a healthy component of a plant-based diet.

IMPACT OF A HEALTHY LIFESTYLE ON CANCER RISK: The Seventh-day Adventists are are faith-based group who follow healthy lifestyle behaviours. They are virtually all non-smokers, the majority do not drink alcohol, and many avoid caffeine-containing beverages. Adventists have diverse dietary habits. A small percentage are vegans. Many follow a lacto-ovo-vegetarian diet. Approximately half eat omnivorous diets but their meat consumption is much lower than non-Adventist populations. The health outcomes of North American Adventists have been studied extensively, including in the Adventist Health Study 2 (AHS-2).

The study is a good demonstration of the impact of diet and lifestyle on health outcomes.

CANCER AND VITAMIN D: There have been a number of studies examining the effect of vitamin D levels and supplementation on cancer risk and outcomes. The results have not always been consistent and it is not clear if cancer physicians should be recommending vitamin D supplementation to patients. Vitamin D is not really a vitamin but a hormone, as the body is able to make it from exposure to the sun. It is therefore most effectively obtained from the sun but during the winter months, certainly in the UK, this is not possible and Public Health England (Links to an external site.) recommends supplementation for all UK residents during October to March. The daily dose recommended is 10mcg/400IU. Vitamin D in food comes in two main forms; vitamin D2 (ergocalciferol) synthesised by plants and vitamin D3 (cholecalciferol) made from sunlight by the skin and therefore most supplement sources are animal-derived except for vitamin D3 from lichen. Ultraviolet irradiated mushrooms are also a source of vitamin D2.

This meta-analysis of randomised trials helps summarise the available data for the role of higher doses of vitamin D supplementation (>1000 IU/day). Vitamin D supplementation did not appear to benefit the risk of developing cancer but was associated with a 13% reduced risk of cancer mortality over 3–10 years of follow-up. This confirms findings from the previous meta-analysis in 2014.

The study concludes; ‘Given the results from our meta-analysis, efforts to achieve circulating levels of 25(OH)D around 54–135 nmol/l may contribute to reducing cancer mortality. To consistently raise the level above 75 nmol/l, at least 1500–2000 IU/day intake of vitamin D may be required for adultsas suggested by the Endocrine Society. This requirement is higher than the recommended dietary allowance for vitamin D, which was established to avoid poor bone health: 600 IU for individuals aged 19–70 years and 800 IU for those aged over 70 years. To determine the optimal level of vitamin D intake to reduce cancer mortality, future studies are warranted that examine the dose–response relationship between vitamin D supplementation and cancer death beyond the level of recommended dietary allowance’.

I measure vitamin D levels in all my patients diagnosed with lymphoma and virtually all of them have levels below the desirable range. Although more data would be useful, I think supplementation with vitamin D to achieve a blood level 54–135 nmol/l is safe and may have some benefits. 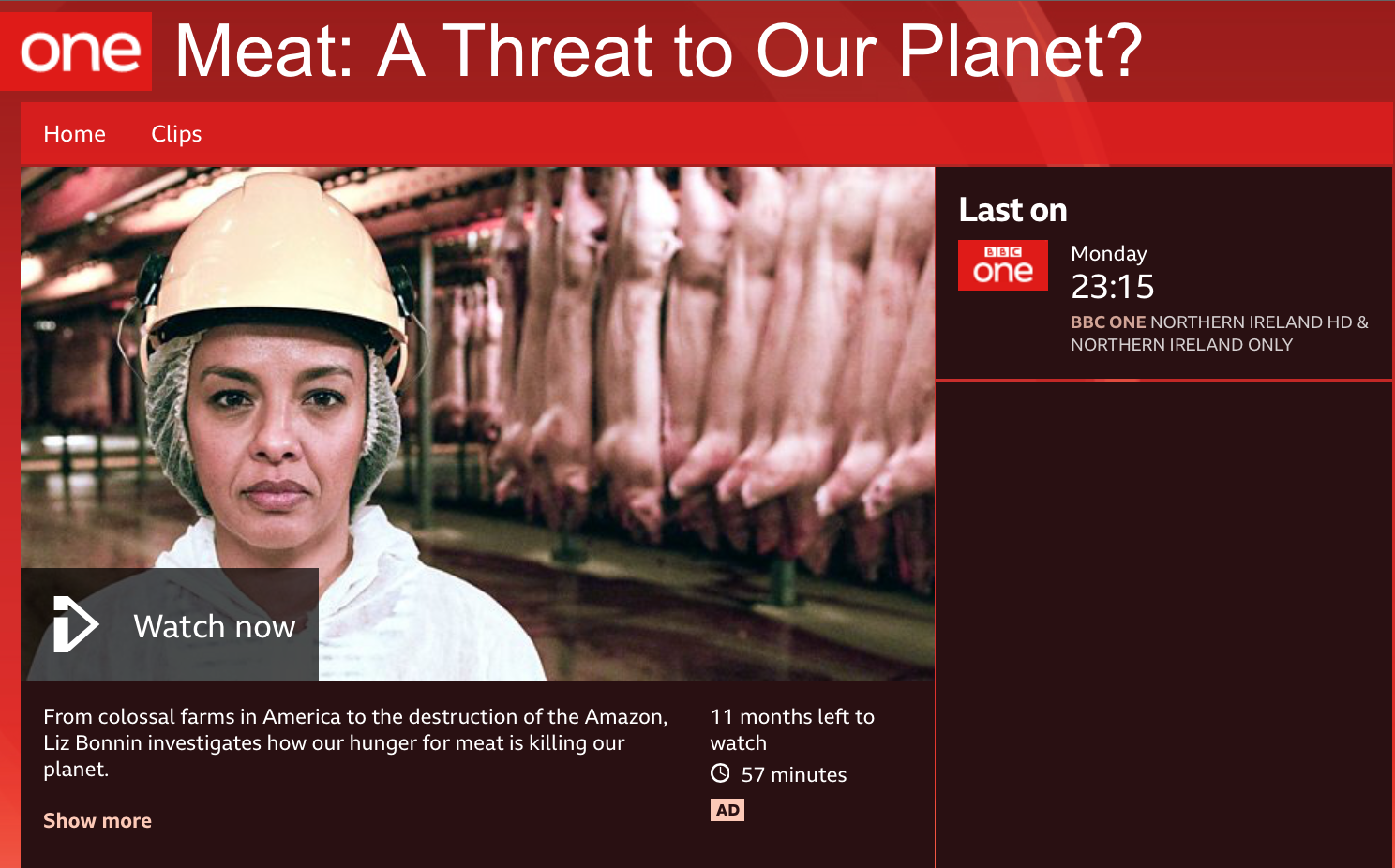 BBC DOCUMENTARY: I was pleasantly surprised by the honest reporting in this BBC documentary. It clearly demonstrated the enormous adverse consequences of factory animal farming on the environment, including the generation of greenhouse gases, loss of biodiversity, water population and creation of ocean dead zones, deforestation and more. I was disappointed that shifting specifically to plant-based diets was not presented as a desirable or achievable solution. Instead, better farming practices and reducing red meat consumption in particular were highlighted. Issues relating to the human impact of antibiotic resistance, fuelled by the use in animal agriculture, were also not addressed. I was also sad that the plight of the animals was not discussed. The documentary portrayed the consumption of animals as a ‘normal’ human behaviour and did not even question whether the confinement and slaughter of sentient beings should be a part of a future human civilisation when it is clearly not necessary for human existance. Nonetheless, I would still recommend watching the programme as I think it will have a positive impact on those concerned about the health of our planet.