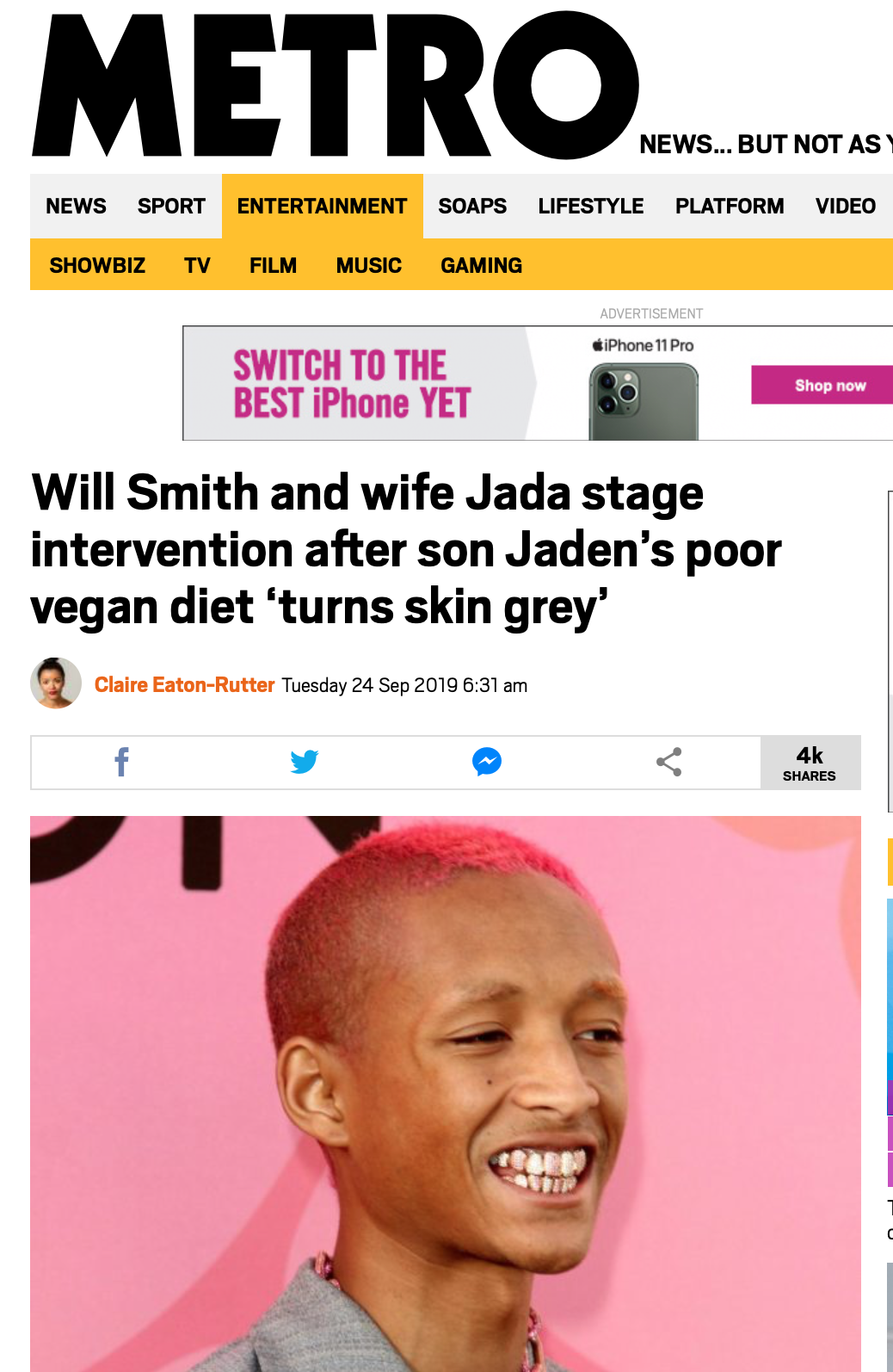 I can’t believe the protein myth still persists. If you eat a healthy vegan diet composed of whole plant foods — fruits, vegetables, whole grains, legumes, nuts and seeds — then you will get more than enough protein. The recommended requirement is 0.8g/kg body weight. This is around around 55 grams of protein daily for a man and and 45 grams for a woman.

Maybe if you are eating a diet of ‘junk’, processed vegan foods you will not meet nutritional requirements but it would still be virtually impossible not to meet protein requirements if eating enough calories. Plant foods provide all the essential amino acids in more than adequate quantities. More protein is not better for the body especially if it is derived from animal products.

Animal protein consumption has been associated with increased risk of cardiovascular disease, type 2 diabetes, some cancers, heart failure and renal failure to name a few chronic diseases. The link between dairy consumption and prostate cancer in men is REAL — hugely increased risk — but soya milk may be protective.

My advice to Jaden is seek out a plant-based dietitian (some listed on our website) and work through any dietary issues with an expert. It seems to me that he is was not eating enough calories due to missing meals. On a healthy plant-based diet you have to eat more volume of food as the foods have a low calorie yet high nutrient density.

If you are still at all worried about getting enough protein on a plant-based diet or being able to answer common questions on the topic from friends and family, here is an excellent summary. Dr Joel Kahn has summarised the studies published in 2019 supporting the replacement of animal foods for plant foods and the benefits for health. 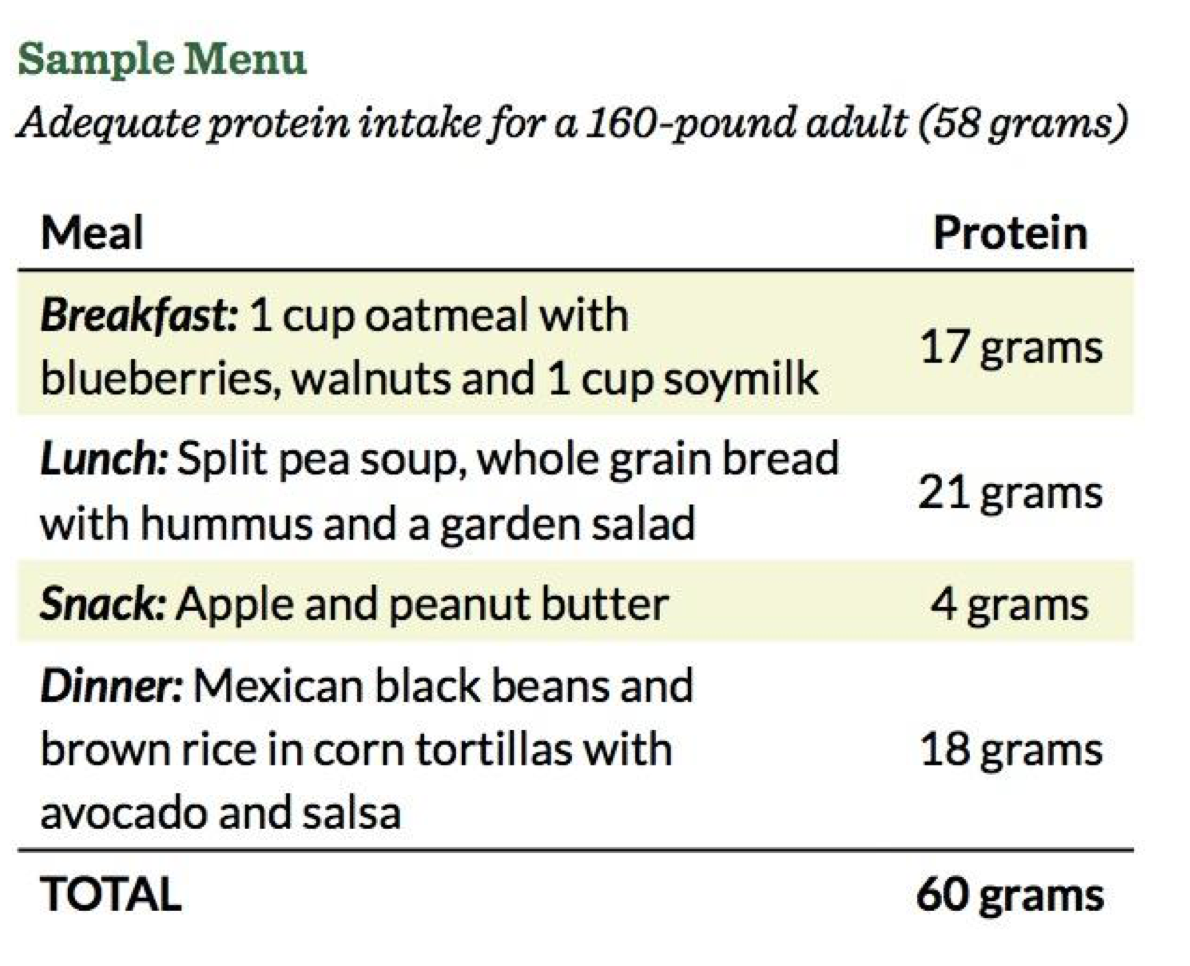 2) WHAT IS THE BEST DIET FOR TYPE 2 DIABETES? This study tries to answer just this question. The Women’s Health Initiative is the largest study of diet in post menopausal women. This paper analysizes diet in those with type 2 diabetes and it’s impact on the commonest cause of death in people with diabetes — cardiovascular disease (CVD). 5809 women with type 2 diabetes at the start of the study were prospectively followed for a mean of 12.4 years. Diet quality was defined using alternate Mediterranean, Dietary Approach to Stop Hypertension, Paleolithic, and American Diabetes Association dietary pattern scores. Women with higher alternate Mediterranean, Dietary Approach to Stop Hypertension, and American Diabetes Association dietary pattern scores had a significantly lower risk of CVD compared with women with lower scores — in the order of 20–30% lower risk. In contrast, the Paleo diet did NOT have an impact on CVD risk.

The authors conclude ‘Dietary patterns that emphasize higher intake of fruits, vegetables, whole grains, nuts/seeds, legumes, a high unsaturated:saturated fat ratio, and lower intake of red and processed meats, added sugars, and sodium are associated with lower CVD risk in postmenopausal women with type 2 diabetes mellitus’. This sounds to me like a whole food plant-based diet 😊. The results certainly do not support low carb eating for CVD prevention in people with type 2 diabetes.

3) This study, with >450,000 participants, is the largest study ever conducted to examine hematological parameters by degrees of animal food consumption in white British and British Indian individuals. It used data from the UK Biobank study, which is a prospective cohort of >500,000 people aged 40–69 years, who were recruited in 2006–2010 across the United Kingdom. The study examined haematological parameters, including haemoglobin, platelet count and volume and white cell count in 6 diet groups for the white British population; regular meat eaters (red and processed meat consumption >3 times/wk), low meat eaters (red and processed meat consumption ≤3 times/wk), poultry eaters (participants who ate poultry but no red or processed meat, regardless of whether they ate fish, dairy products, or eggs), fish eaters (participants who ate fish but no red or processed meat or poultry), vegetarians (participants who did not eat meat, poultry, or fish), and vegans (participants who further excluded dairy products and eggs). Two diet groups were defined for the British Indian population; meat eaters (ate any combination of red or processed meat or poultry) and vegetarians (excluding vegans). In total there were only 398 vegans and 6548 vegetarians amongst the white British participants. There were 1362 vegetarains amongst the British Indian population.

The results showed that in the white British population, compared with regular meat eaters, low or non-meat eaters generally had lower hemoglobin concentrations and were more likely to have anaemia, and they had lower white blood cell counts. Vegans had lower mean platelet count and higher mean platelet volume, whereas the reverse was true for vegetarians. In British Indians, vegetarians had lower mean hemoglobin, were more likely to be anaemic, and had higher platelet count but lower platelet volume compared with meat eaters.

These are of course interesting observations but require further inquiry. The study shows that diet pattern can influence haematological blood parameters so clinicians need to be aware of this. However, it does not reveal the underlying mechanisms or any health-related consequences, which can only be hypothesized. The study did not correlate findings with blood levels of iron or B12 for example. However, anaemia was more likely in vegans who were not taking iron supplements and in general the vegans and vegetarians had lower intakes of vitamin B12, which will impact haemaglobin, white cell and platelet counts. In general, it can be hypothesised that a lower white cell and platelet count is beneficial, as both are elevated in the presence of inflammation. In general, studies have shown that markers of inflammation, including CRP, are lower in those following a vegetarian or vegan diet, thus lower white cell and platelet counts may reflect this. However, it does not explain why British Indian vegetarians had a higher platelet count.

Overall, it is clear that vegetarians and vegans need to ensure their diet contains adequate amounts of iron and B12. B12 is best taken as a supplement as it is not present in most plant foods. Iron from plant foods is in the form of non-haem iron and is less easily absorbed than haem iron from animal sources. This is not necessarily a disadvantage because high iron stores (ferritin) in the body have been associated with increased risk of various chronic diseases. Non-haem iron absorption depends upon physiological need and is regulated in part by iron stores. Its absorption can vary greatly, depending upon both the meal composition and the iron status of the individual. The absorption (its bioavailability) of non-haem iron is impacted by the ratio of inhibitors, such as phytates and polyphenols, and enhancers, such as vitamin C, citric acid, and other organic acids. Combining iron-rich foods (whole grain, legumes, nuts, seeds) with foods rich in vitamin C (fruit, vegetables) is the most efficient way to enhance iron absorption from plant foods. 50 mg of vitamin C in the same meal can increase iron absorption 3–4 times. Here is
new.harvard.edusome useful information on iron consumption from the vegan society. 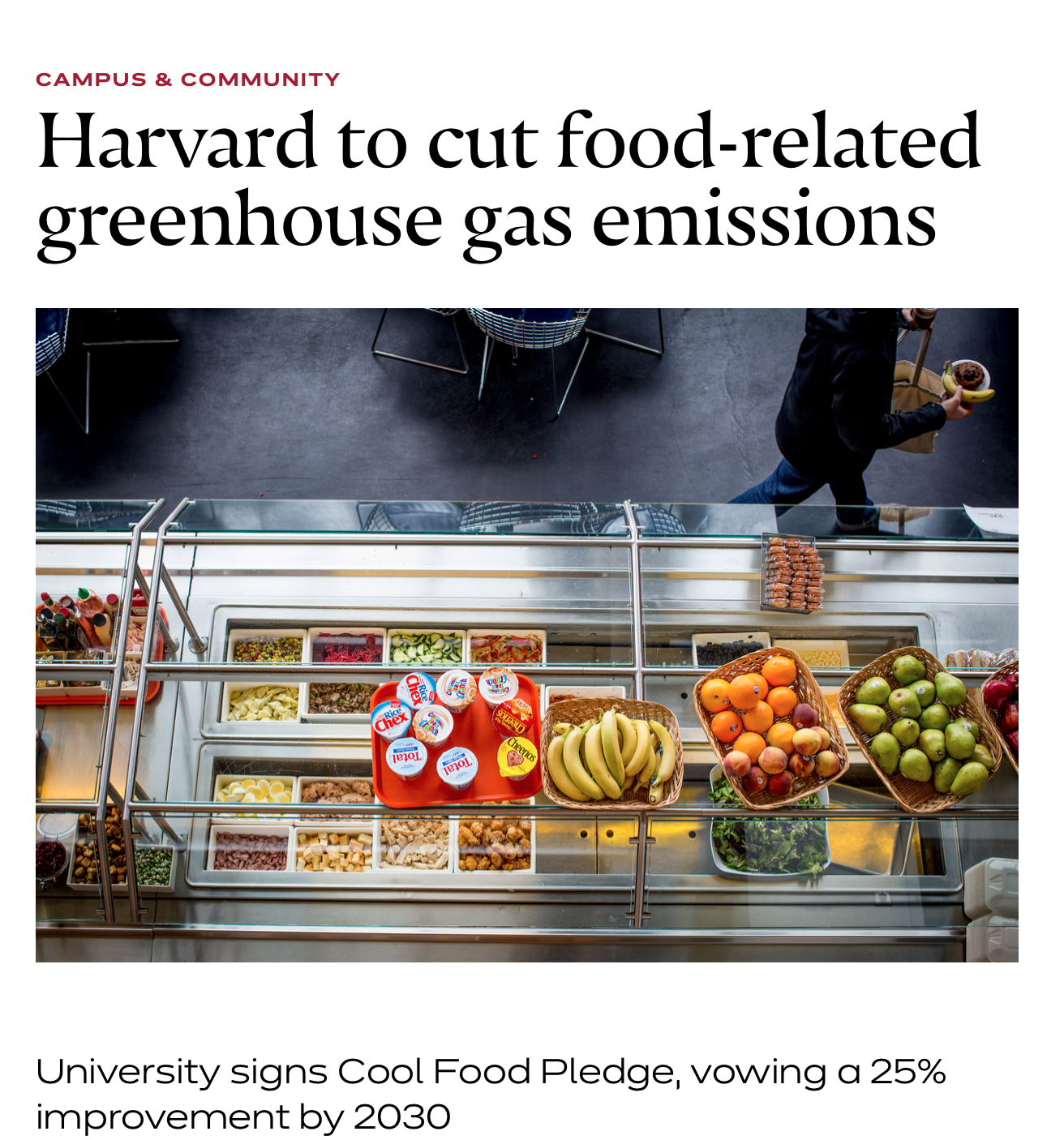 4) Harvard University join a growing number of universities who have pledged to reduced food-related greenhouse gas emissions by 25% by 2030, largely by paying attention to menu options. Walter Willett, professor of epidemiology and nutrition at the T.H. Chan School of Public Health states that to mitigate the effects of climate change ‘among the many changes we need to make, including a rapid shift to green energy, is a change in diet to a more plant-based way of eating’.

The climate emergency will not have escaped your attention with thousands of people taking part in climate strikes worldwide in the last week, urging their Governments to act now to prevent climate breakdown and catastrophe. Health professionals have been advised by international organisations to do their part and help patients transition to healthy plant-based diets as part of the overall solution. The BDA (the association of UK dietitians) has an initiative called One Blue Dot, which is their Environmentally Sustainable Diet Project. It advises members to counsel patients and clients in more sustainable ways of eating by incorporating more plant foods and reducing the consumption of animal-derived foods. Lets all do the same for our patients, clients and in our work places.