This week I cover studies on cancer, the impact of diet on adolescent health and World Zoonoses Day 6th July 2020. 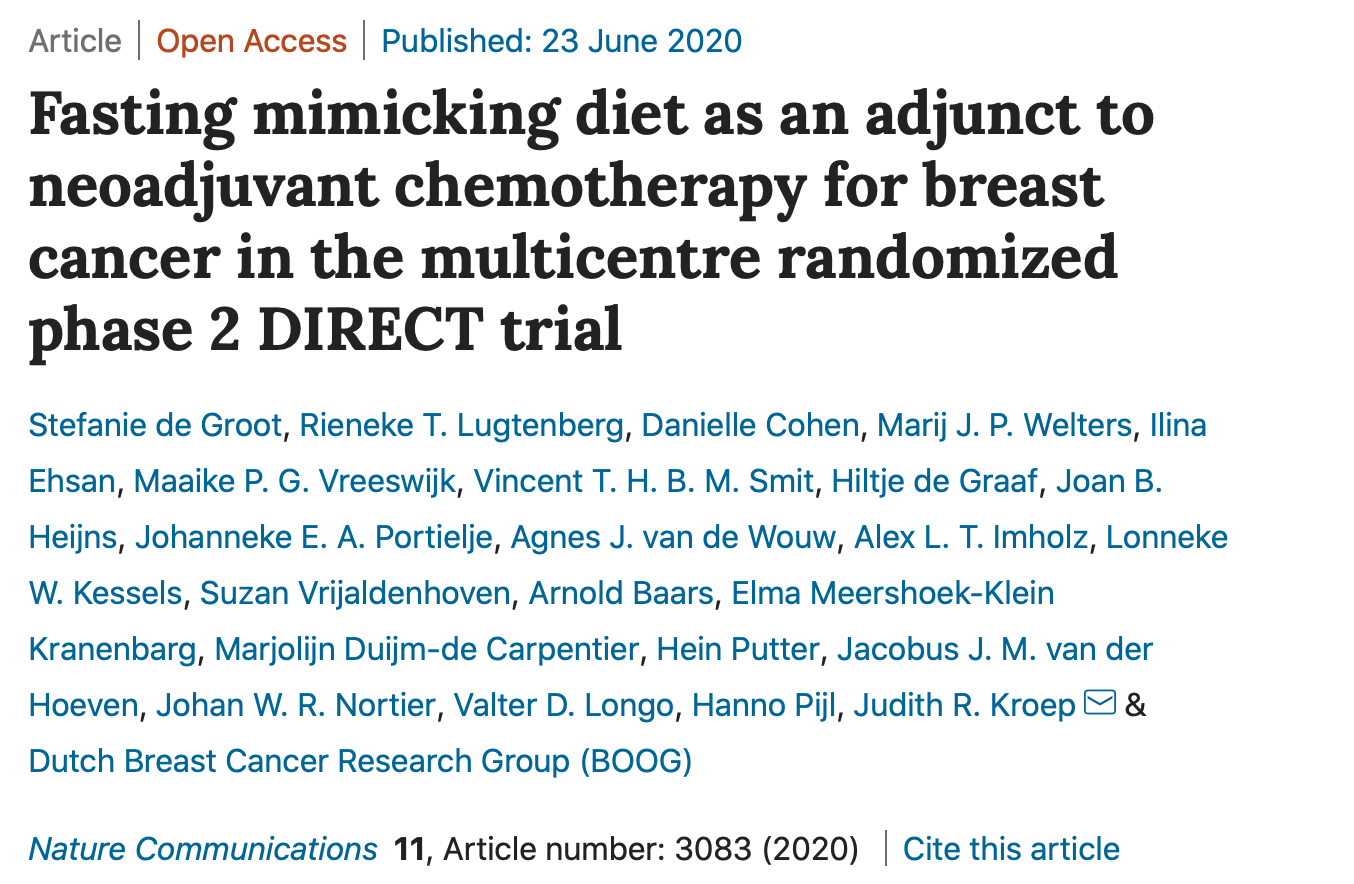 FASTING AND CANCER TREATMENT: This is one of the most exciting papers on cancer treatment I have seen all year. Please note, this is NOT ready for prime time and should not be tried by patients outside of a clinical trial. The paper provides very preliminary results.

The fasting mimicking diet (FMD) is a 5 day plant-based low calorie diet (800–1,100 calories/day) developed by Dr. Valter Longo & designed to mimic the effects of water fasting. Preclinical data suggests that FMDs can protect healthy cells from the toxicity of chemotherapy whilst at the same time making cancer cells more vulnerable to treatment. This is because normal and cancer cells display a differential stress response. 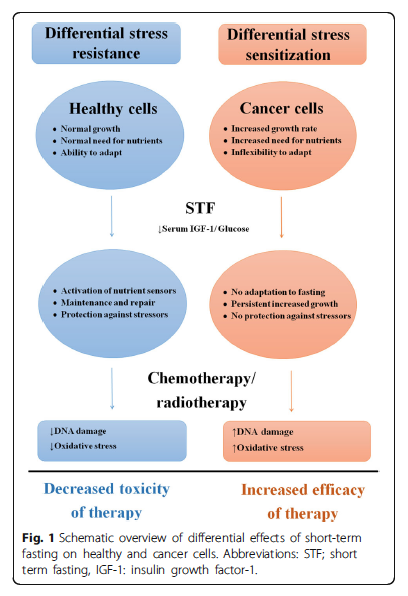 The results showed that the response to chemotherapy was better in the FMD group, with potentially less treatment toxicity. But the study was not without its issues. There was a high rate of drop out in the FMD group, mainly because people didn’t like the components of the diet. In the control group, 5 people fasted even though they weren’t meant to !

Despite all these caveats, I think this is an exciting opportunity to improve patient outcomes with little risk of harm if patients are carefully selected and at a very low cost. I foresee this becoming an important part of the lifestyle medicine toolbox.

If you haven’t heard of Valter Longo’s work before then do read his book the Longevity diet. Here is an excellent review paper on fasting in cancer by Dr Longo.

We do need to be cautious with the use of fasting as a therapeutic intervention and a viewpoint in JAMA provides a warning for those with underlying health conditions such as type 2 diabetes ‘The message to the public, given the current popularity of intermittent fasting, is that people with type 2 diabetes should not undertake it without the involvement of their physician’.

OVARIAN CANCER AND DIETARY FATTY ACIDS: The impact of fat consumption on cancer has remained an area of debate with inconsistent data. We do know that the consumption of fat, particularly saturated fat, can impact body weight, inflammation and oestrogen levels. This paper reports data from the EPIC study, one of the largest studies ever conducted to examine the impact of diet on cancer. It included 323, 376 participants with 1486 incident cases of ovarian cancer and reports the impact of dietary and circulating fatty acid consumption on ovarian cancer risk. The results show a 29% increased risk with higher intake of a trans fatty acid (trans-elaidic acid) and 10–18% increased risk with unsaturated fatty acids (linoleic acid and linolenic acid) from deep frying fats, margarine (2%) and ice cream (3%). There was an inverse association for linoleic acid consumption from vegetable oils (3% reduction in risk). Higher circulating trans fatty acid levels were also associated with an increased risk of ovarian cancer. Although these results can not prove a causal link, there are several reasons to limit the consumption of trans fats (mainly found in processed foods but also in small amounts in meat and dairy) and deep fried foods, regardless of whether they are plant-based or not. Trans fats have long been known to increase the risk of cardiovascular disease and processed food consumption, which include foods that have been deep fried, have been associated with an increased risk of cancer.

ACRYLAMIDE AND RISK OF FEMALE CANCERS: Acrylamide has beenified as a Group 2A carcinogen i.e. it probably causes cancer. It is a commercial organic industrial chemical used primarily in paper and plastic production but also to purify drinking water and wastewater. It was as recent as 2002 that the presence of acrylamide in foods was first demonstrated and the importance of cooking technique in the formation of acrylamide understood. In particular, acrylamide occurs naturally in starchy foods during cooking processes at high temperatures such as frying, baking, and grilling. Boiling and steaming do not typically form acrylamide. Acrylamide is formed from sugars and proteins with high content of asparagine, an amino acid that is naturally present in many foods, especially potatoes, grain products, and coffee. In adults, foods that contribute most to dietary intake of acrylamide include French fries, potato chips, biscuits, and coffee. The cancer forming properties of acrylamide have been mainly demonstrated in animal models with inconsistent results in humans. The recent American Society of Cancer guidelines on cancer prevention states there is not enough evidence in humans to conclude that acrylamide causes cancer. There are, however, concerns that acrylamide can act as an endocrine disruptor and in women may increase estradiol and follicle-stimulating hormone levels.

This study provides a systematic review and meta-analysis on dietary intake of acrylamide and the risk of ovarian, endometrial and breast cancers. It includes 11 cohort studies, 5 case cohorts and 2 case-control studies. Overall the results show a very small increased risk of endometrial and ovarian cancer, with stronger and almost linear associations among those that have never smoked. However, there was no positive association for breast cancer, except among premenopausal women with high intakes.The results were adjusted for major established risk factors such as body weight, smoking habits, hormone replacement therapy/oral contraceptive use, lack of physical activity, and alcohol intake. To me, the impact on cancer appears small with all summary risk ratios crossing 1.0. As always the precautionary principle should apply and there are many reasons to limit foods that have higher levels of acrylamide as they are generally fried and ultraprocessed such as French fries, potato chips and biscuits. When it comes to coffee though, on a population level its impact appears neutral to beneficial for health and may even be protective against endometrial and liver cancer.

Here are some ways to reduce acrylamide in food

PROTEIN INTAKE IN ADOLESCENTS: Last week I discussed the impact of diet quality in adolescents comparing those following a vegetarian versus non-vegetarian diet in The Teen Food and Development study. The vegetarian diet came up trumps! A further analysis from the same study cohort has examined the intake of protein (total, animal, plant), branched-chain (BCAAs), and sulfur-containing (SCAAs) amino acids and the association with general body and central obesity and body composition. 601 participants aged 12–18 years were included, predominantly from Adventist communities in California and Michigan.

The results showed that higher consumption of total and animal proteins and BCAAs (leucine, isoleucine, and valine) and SCAAs (methionine and cysteine) were positively associated with general body adiposity and fat mass in this adolescent population. Higher intakes of animal protein and SCAAs were also associated with abdominal obesity. Among the overweight/obese subjects in the study, overall consumption of total protein, animal protein, and BCAAs and SCAAs were higher, while plant protein intakes were lower compared to their non-obese counterparts. The higher animal protein intake among the overweight/obese could be attributed to meat and poultry intake, which was found to be higher in this group. It is worth noting, however, that although no significant associations were observed between intake of plant protein and any of the outcome variables in the study, there was a tendency for an inverse relationship between plant protein intake and central adiposity, which remained the same after controlling for additional potential confounders. This could be explained by the significantly higher intakes of plant protein and legumes (soya and non-soya) among those with normal weight and waist circumference.

The results of this study are in keeping with those in adults, which in general have shown that animal protein consumption is associated with weight gain during adult life, whereas higher consumption of plant foods is associated with less chance of weight gain and a more healthy body weight. Potential mechanisms include the higher calorie density of meat and poultry compared to plant-based sources of protein, such as beans and legumes. Animal protein has been shown to stimulate more secretion of insulin and also a higher level of insulin-like growth factor (IGF-1).The presence of persistent organic pollutants, which concentrate higher up the food chain and in the fat of food animals, may play a role in obesity. The negative impact of animal foods in general on the gut microbiome and the association with body weight is worth considering. The consumption of BCAAs found at higher levels in animal protein has been associated with insulin resistance and a higher risk of type 2 diabetes.

All in all for both children and adults, choosing plant protein over animal protein is definitely the better choice for health. 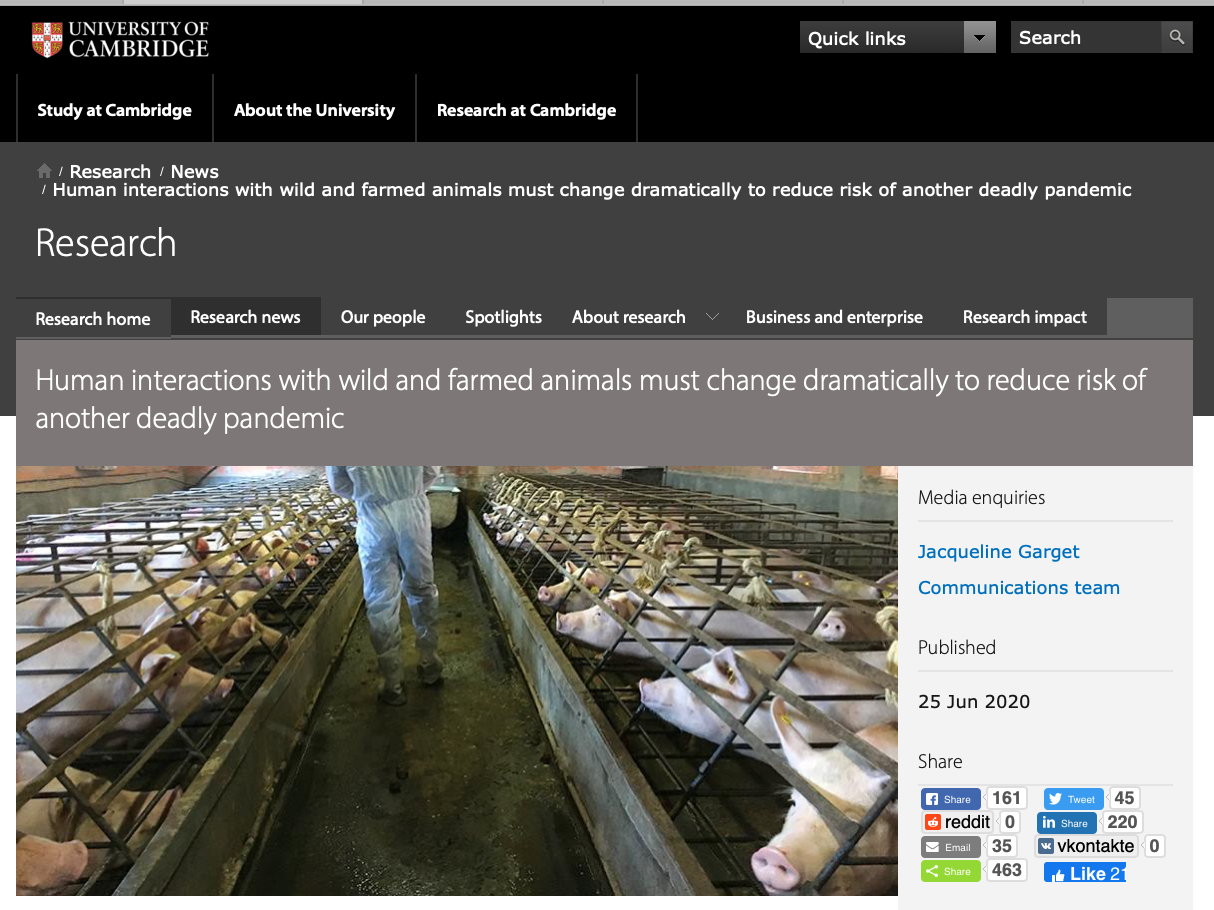 WORLD ZOONOSES DAY JULY 6TH 2020: Can you believe there is such a date in the calendar! 6th July was chosen for World Zoonoses Day as it was on this day in 1885 that Louis Pasteur successfully administered the first vaccine against the rabies virus, a deadly zoonotic disease. A zoonosis is any disease or infection that is naturally transmissible from vertebrate animals to humans. I don’t need to remind you that we are in the midst of navigating the catestrophic consequences of yet another zoonosis — SARS-CoV-2, the cause of COVID-19. As decades have passed, we, as humans on this earth, have created the perfect conditions for the transmission of infections from animal to humans and 3 out of 4 pandemics have originated from our interaction with animals, either in the wild or in captivity and this has been exacerbated by our destruction of animal habitats.

The paper highlighted is a pre-print and awaiting peer review. It has been written by a team of 25 international wildlife and veterinary experts and in the study they have identified seven routes by which pandemics could occur and 161 options for reducing the risk. 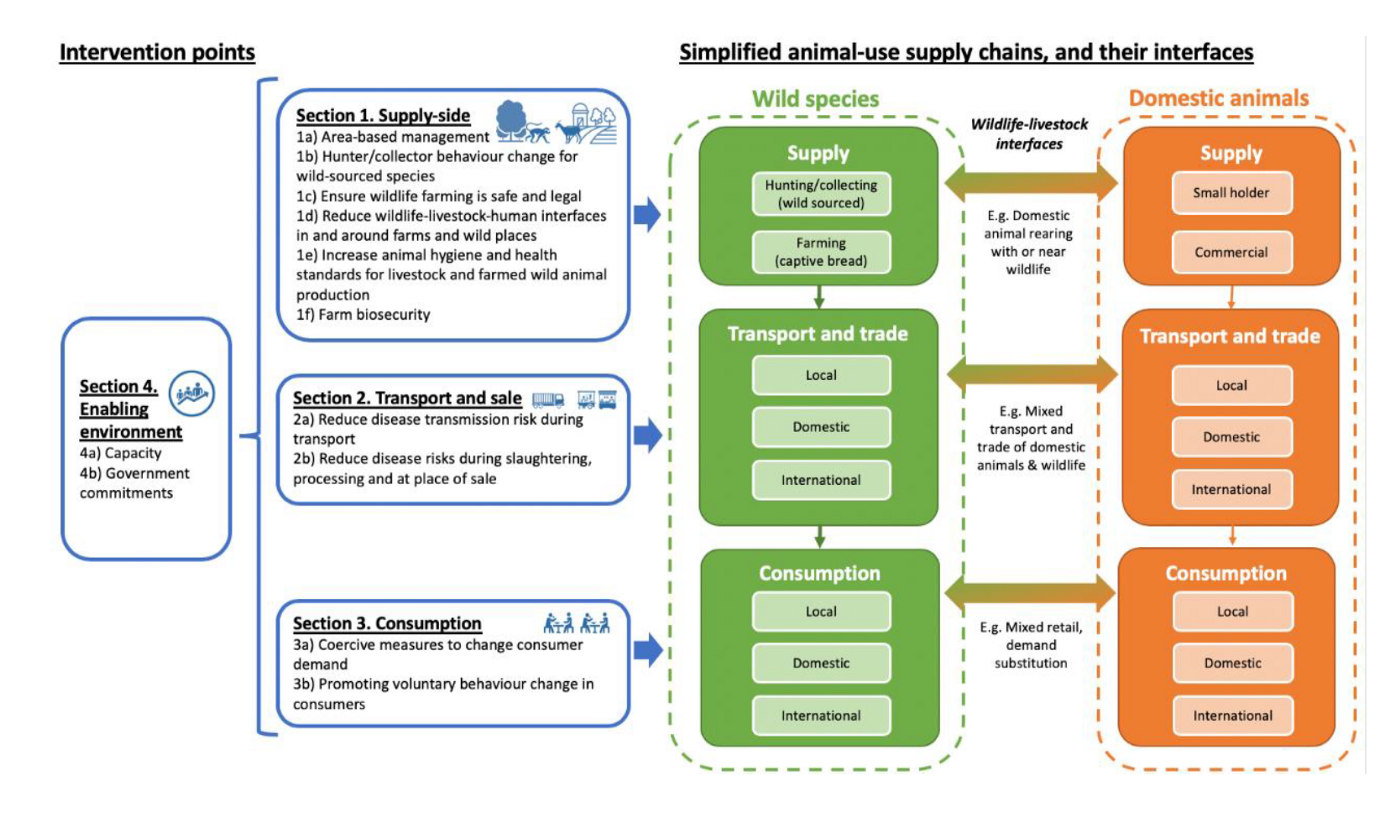 As one of the lead authors, Professor Andrew Cunningham, Deputy Director of Science at the Zoological Society of London, states ‘Wild animals aren’t the problem — they don’t cause disease emergence. People do. At the root of the problem is human behaviour, so changing this provides the solution.’

Change is happening, but too slowly in my view. This report highlighted is by the UK Committee on Climate Change, the independent body advising the Government on reducing carbon emissions. It reports that meat consumption in the UK decreased by 6% between 2000 and 2018, with the proportion of fresh meat (i.e. beef, lamb and pork) falling by 23%. However, around 80% of meat consumed is made up of processed meat and this has remained largely unchanged. The consumption of dairy products has decreased by 16% during this time, with more people areifying as vegan, vegetarian and flexitarian. I am rather shocked to learn that 80% of all meat eaten in the UK isified as processed — a ‘food’ that has beenified as a Group 1 carcinogen!

In the words of Richard Horton, editor or the Lancet ‘Sounding the alarm about the risk of zoonotic pandemics has largely been the preserve of a handful of scientists and global health experts. Until now. COVID-19 has coalesced the research community around calls for establishing broad transformational change. This pandemic is a sobering warning against exploiting the natural world without pause, and that zoonoses affect not only health but the whole fabric of society. COVID-19 will not be the last, and perhaps not the worst, zoonotic pandemic. Climate change has shown how an existential threat to human civilisation can galvanise a sense of urgency in a whole-of-society response. Tackling zoonoses needs exactly the same’.

For the necessary changes to occur, we need the global community, Governments, healthcare institutions and individuals to come together to radically change the way with live and interact on this planet. The sad reality is that Governments and institutions are actually conspiring against us. An investigation by the Guardian newspaper revealed this week that two of the world’s leading development banks have provided billions of dollars in funding to the global livestock sector.