World Environment Day 2020 brings a stark warning from Scientists; “There is time, but the window of opportunity is almost closed. We must save what we can, or lose the opportunity to do so forever”

THE SIXTH MASS EXTINCTION: We were warned back in 2015 that we have entered the sixth mass extinction. Did we listen? Did we take action? It seems not. The same scientists have now published research showing that the loss of species from this planet is accelerating and this poses a direct threat to human existence on the planet. Human impact on the planet has led to hundreds of species becoming extinct, with even more at the brink of extinction. They report that in the 20th century, around 543 land vertebrates became extinct and they predict that in the next 2 decades the same number again could also suffer the same fate. This loss of wildlife, a result of population growth, habitat destruction, the wildlife trade, pollution and climate change, poses an ‘existential threat to civilization’. The legal and illegal wildlife trade is responsible for many of the endangered species and the COVID-19 pandemic is just one disastrous consequence. Their warning is stark and clear; ‘There is time, but the window of opportunity is almost closed. We must save what we can, or lose the opportunity to do so forever. There is no doubt, for example, that there will be more pandemics if we continue destroying habitats and trading wildlife for human consumption as food and traditional medicines. It is something that humanity cannot permit, as it may be a tipping point for the collapse of civilization. What is at stake is the fate of humanity and most living species. Future generations deserve better from us’. 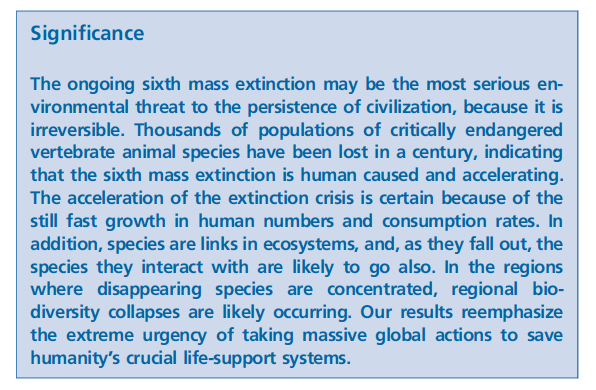 So what actions can we take? Check out the World Environment Day resources for more ideas. Here are some actions you can take now. 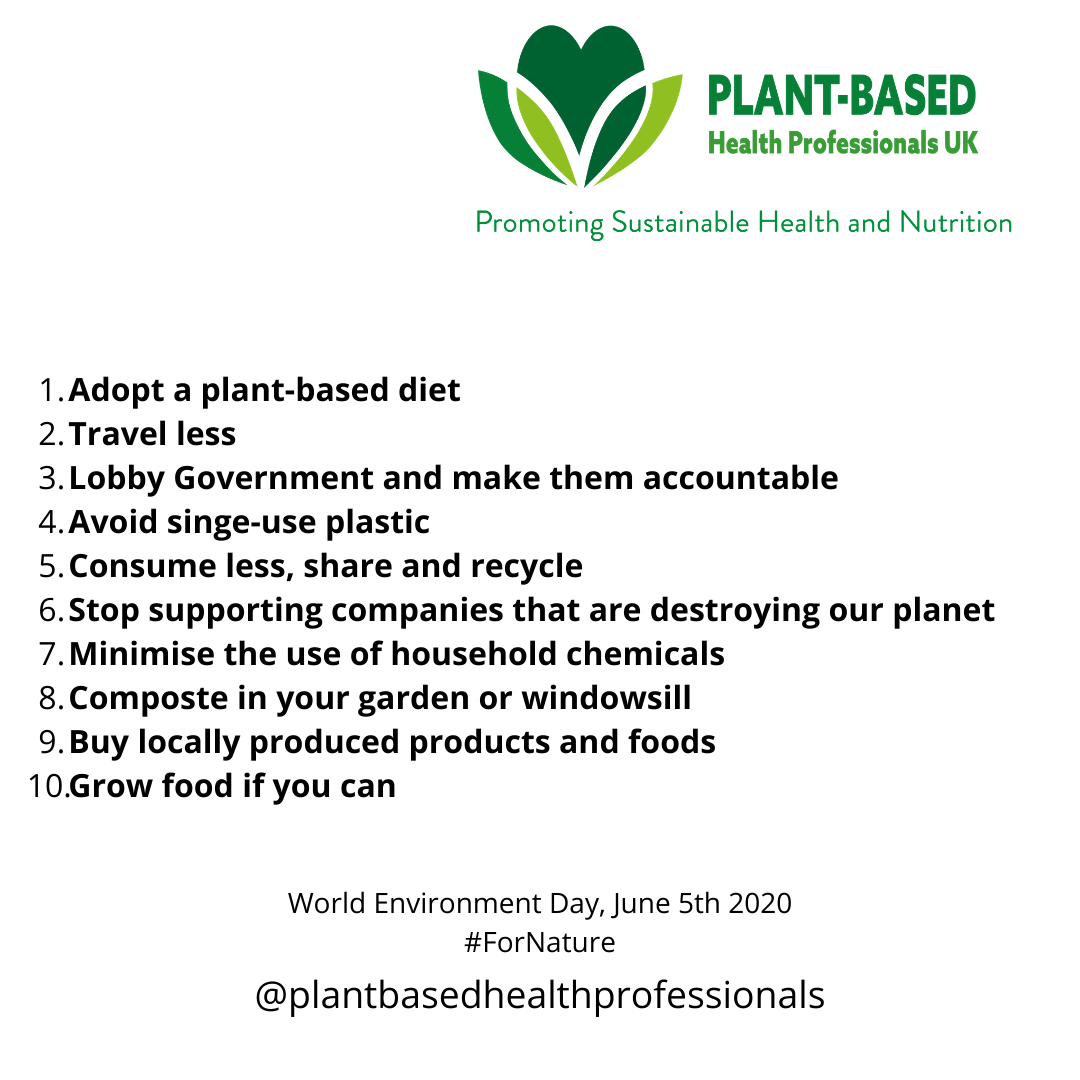 COCHRANE REVIEW ON REDUCING SATRUATED FAT INTAKE FOR CARDIOVASCULAR DISEASE (CVD:. This new review confirms the benefit of reducing saturated fat intake for CVD health. It included 15 randomised studies with around 59,000 participants and showed that reducing intake of saturated fat over a 2 year period reduces the risk of cardiovascular events by 21%. There was a greater benefit in participants with a higher intake of saturated fat at baseline and if the reductions in saturated fat intake was larger, reflected by a greater reduction in blood cholesterol. The naysayers have been quick to point out that there was little impact on all-cause mortality, coronary heart disease and stroke, although, a borderline significant reduction of 10% was observed for myocardial infarction. One of the issues is that many of the studies did not achieve a big enough dietary change. For example, the biggest randomised trial to be included in the analysis, and hence providing the greatest weight to the final result, was the Women’s Health Initiative study. This study did not achieve its aim, which was to reduce fat intake in the intervention arm to 20% of energy intake. So it shouldn’t be thought of as a low fat intervention. This is the trouble with diet interventions. Unless food is delivered directly to the participants, then people can’t and don’t stick to the prescribed diet.

So for me, the take home message has to be that reducing saturated fat intake does benefit cardiovascular health. The greater the reduction, the more you will benefit. Replacing saturated fat in the diet with unsaturated sources of fat and unrefined sources of carbohydrates is optimal. How can this be achieved? No surprises here. Minimise intake of meat, eggs and dairy and ideally cut it out of the diet completely. Don’t forget that some plant sources of saturated fat like coconut and palm oil are also not considered healthy and should be minimised.

IMPACT OF CARDIOVASCULAR RISK FACTORS ON BRAIN HEALTH: We know that up to a third of cases of dementia could be prevented by addressing lifestyle factors. The same risk factors that increase the risk of heart disease and stroke also increase the risk of cognitive decline and dementia. This study included 1,588 dementia-free participants (mean age: 79.5 years) from the Rush Memory and Aging Project who were followed for 21 years. The impact of cardiovascular risk factors was assessed by calculating the Framingham General Cardiovascular Risk Score (FGCRS) at baseline, which is based on age, sex, smoking, systolic blood pressure, medication for hypertension, total cholesterol, HDL cholesterol, and diabetes. The higher the score, the greater the risk of future cardiovascular events. 21 tests were used to assess cognitive function at baseline and follow-up. MRI scans of the brain were also performed.

The results showed that the higher the FGCRS score the greater the decline in cognitive function and this was associated with measurable changes on the MRI scan. This included smaller volume of the hippocampus, less gray matter and a smaller brain size, indicating neuro-degeneration and a greater presence of vascular lesions in the brain.

So the old adage is true — what’s good for the heart is also good for the brain … and every other organ besides.

PROTEIN SOURCE AND RISK OF BREAST CANCER AND DEATH: I was taking a look through the abstracts presented at the American Society of Clinical Oncology annual scientific meeting last weekend and this presentation caught my eye. The study reports data from the Women’s Health Initiative study, which I mentioned earlier. One of the largest, most expensive nutrition intervention studies ever to be conducted. The diet intervention was to reduce fat intake to 20% of calories and increase intake of fruits, vegetables and whole grains. Although the intervention arm never achieved a low fat diet, participants did significantly reduce fat intake and increase the consumption of whole plant foods, when compared to the control arm.

For further information about breast cancer prevention, you can read my summary here.