This week I am pleased to share a story from one of our members who regained his health and vitality on a plant-based diet. 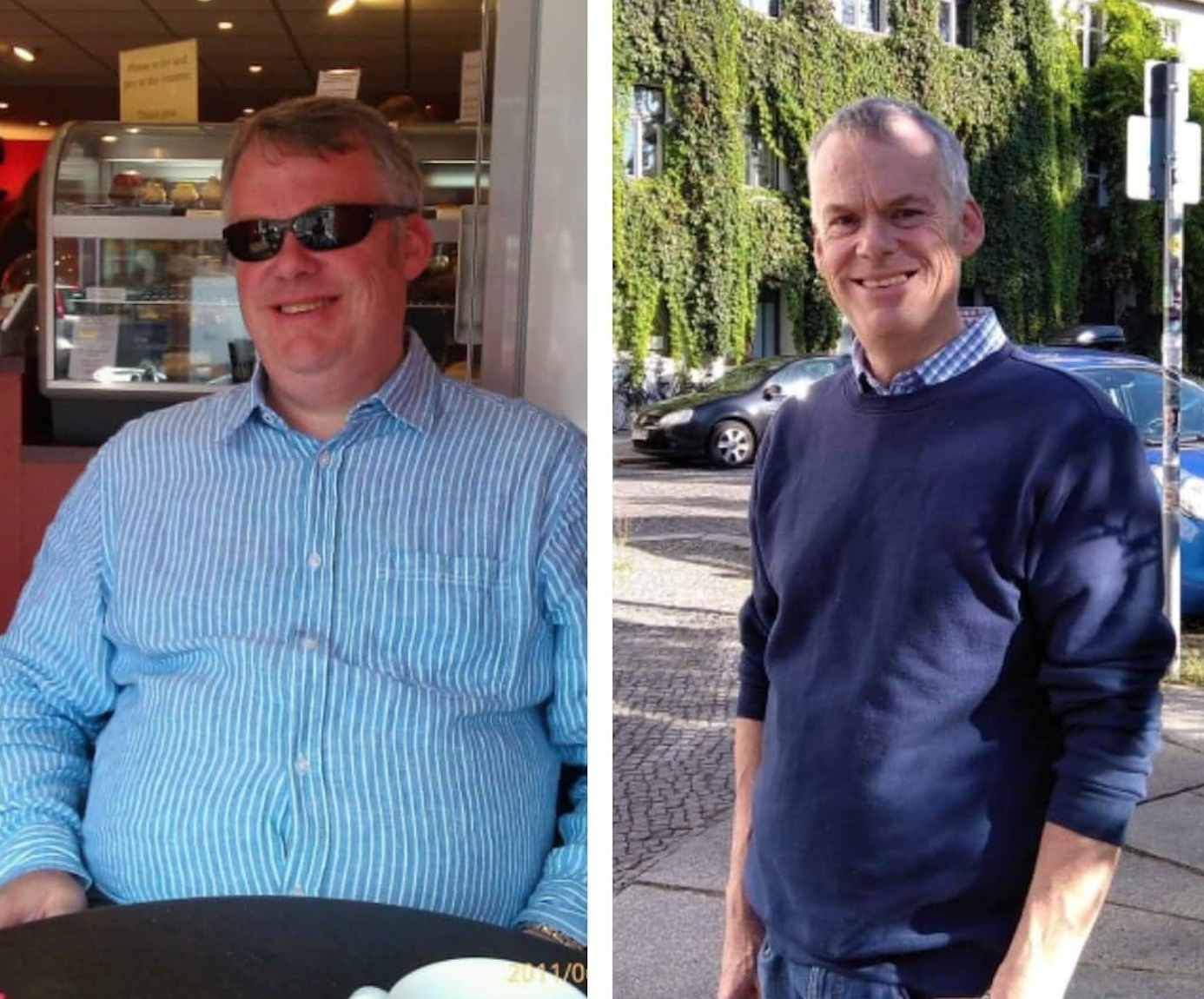 We have also had some good media exposure with some accurate reporting, albeit a sensationalised headline. You can read the full article in the metro here

The first is the Global Nutrition Report 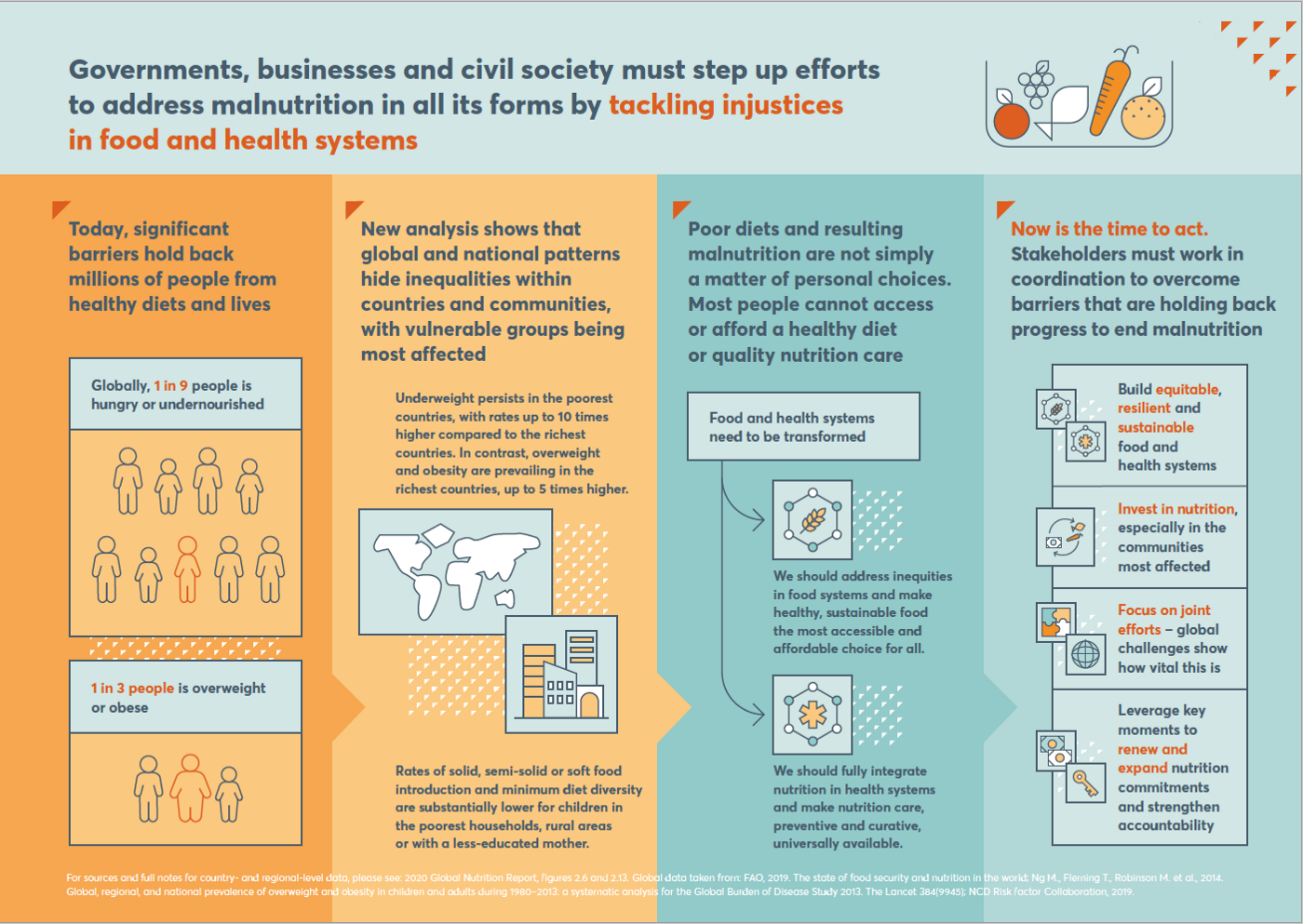 This report highlights that poor diets and resulting malnutrition are among the greatest current societal challenges and that the current food systems do not enable people to make healthy food choices. One in every nine people in the world is hungry, and one in every three is overweight or obese. We should be outraged by these statistics! More and more countries experience the double burden of malnutrition, where undernutrition coexists with overweight, obesity and other diet-related non-communicable diseases. International leaders are asked to prioritise action to ensure that all people have unhindered access to healthy and affordable food, and to quality nutrition care. We have to ensure that healthy and sustainably produced food is the most accessible, affordable and desirable choice for all. Nutrition services are an essential requirement within health services and will help health systems to focus on health promotion rather than illness treatment.

The image below from the report shows data from the UK. The middle line is average amount of eat food type that we should be eating. The red circle is UK. You can see that as a nation we are not consuming enough calcium, fruits, legumes, nuts, vegetables, whole grains, seeds, omega 3 fats and unsaturated fats (and milk. — we can debate that!). But we are consuming too much processed and red meat, saturated fat, sodium, sugar-sweetened beverages and trans fat. This all confirms what we know already, which is that the typical UK diet is too reliant on processed foods and meat.

The second report is from the European Commission and is called ‘A Farm to Fork Strategy for a fair, healthy and environmentally-friendly food system’. It lays out a plan to make the EU food system fair, healthy and sustainable. Our current foods system is broken and needs a radical overhaul. The report address issues of overuse of chemical pesticide, the need to reduce the greenhouse gas emissions from agriculture and the urgent need to address antibiotic resistance by reducing use in for farmed animals and aquaculture.

The most hopeful section in my view is on facilitating a shift to a healthy, sustainable diet accessible to all. It states ‘Current food consumption patterns are unsustainable from both health and environmental points of view. While in the EU, average intakes of energy, red meat, sugars, salt and fats continue to exceed recommendations, consumption of whole-grain cereals, fruit and vegetables, legumes and nuts is insufficient. Reversing the rise in overweight and obesity rates across the EU by 2030 is critical. Moving to a more plant-based diet with less red and processed meat and with more fruits and vegetables will reduce not only risks of life-threatening diseases, but also the environmental impact of the food system’.

These are my science highlights for the week

BLOOD PRESSURE AND RISK OF DEMENTIA: When it comes to blood pressure (BP) the lower the better, assuming this is not causing symptoms of hypotension. We seem to have accepted that a rise in blood pressure is inevitable as we age, with up to 1 in 3 adults having a diagnosis of hypertension. But this is NOT normal. It is only normal for those of us following a typical Western diet and lifestyle. 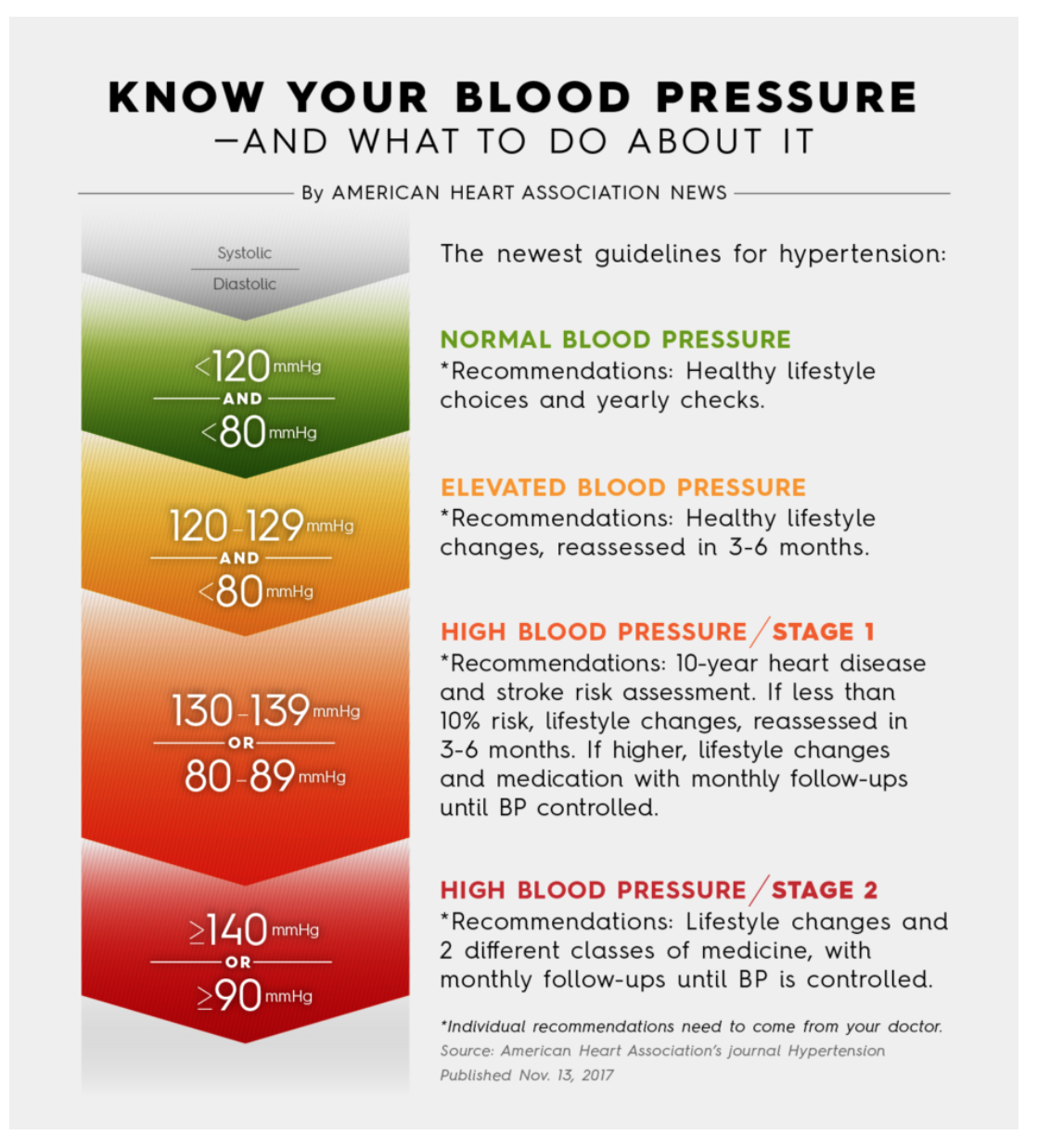 The paper highlighted confirms yet another benefit of maintaining a low BP — prevention of cognitive decline and dementia. The paper focuses on studies that have lowered blood pressure using medication. However, lifestyle interventions are equally effective, if not more effective, at lowering BP. Did you know that to get a license for a BP lowering medication you have to show that it can lower BP by just 4mmHg !!?

Vegetarian diets have clearly been shown to lower BP, especially if also low in salt. The therapeutic DASH diet designed by the National Institutes of Health in the US was modeled on the vegetarian diet but includes low-fat dairy and lean protein to be more acceptable !

Randomised studies have demonstrated that certain plant based foods are as good as medication for lowering blood pressure. This includes whole grains (3 portions a day), 30g of flaxseeds a day, hibiscus tea and beetroot juice (250ml per day).

Other important aspects include regular exercise, relaxation and avoiding tobacco and alcohol. The Lancet Commission on Dementia estimates that over a third of cases could be prevented through healthy lifestyle choices, including a predominately plant-based diet. Here are the WHO recommendations for prevention of dementia. Note the emphasis on a predominately plant-based, Mediterranean-style diet. 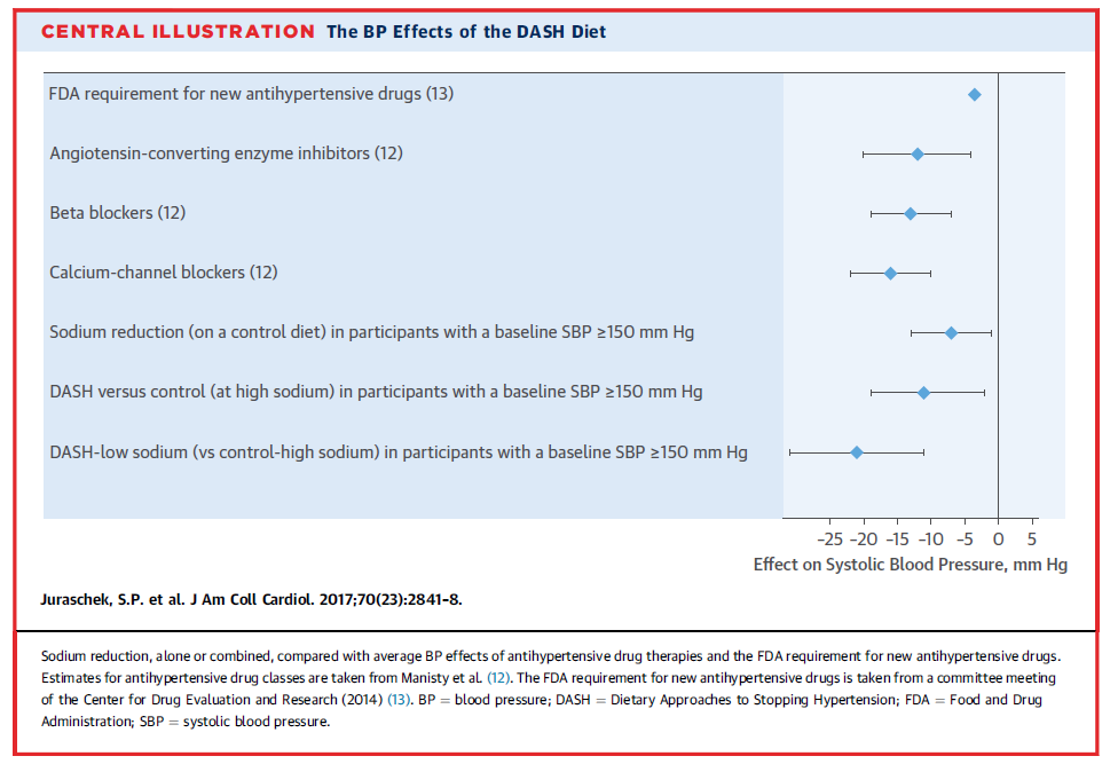 VEGETARIAN DIETS CAN BE OF HIGH QUALITY: There seems to be a prevailing myth that vegetarian and vegan diets are not of good quality. Of course, if eating a diet of mainly processed veggie/vegan foods then the quality would be poor. This nationwide cross-sectional study from Brazil examined the diet quality of 3319 citizens aged 18 years and over. 34% were vegan, 48% lacto-ovo vegetarian, 7% pesco-vegetarian and 11% semi-vegetarain with most people having followed their current diet pattern for over a year.

The results showed in general that vegans had the best diet quality of all the diet groups, reflected by the fact that they ate more whole fruits and vegetables and consumed less soft drinks and processed foods. When analysed together, vegetarians (all types) had better nutritional quality than that observed in Brazil for the general population. Data also showed that vegetarians seemed to achieve the main recommendations of the Dietary Guidelines for the Brazilian Population, with a higher intake of whole foods and a lower intake of processed foods, for all diet types examined in this study. So all in all, these data confirm that vegan and vegetarian diets can be of good quality and may even be better than the average prevalent diet pattern in a given country. 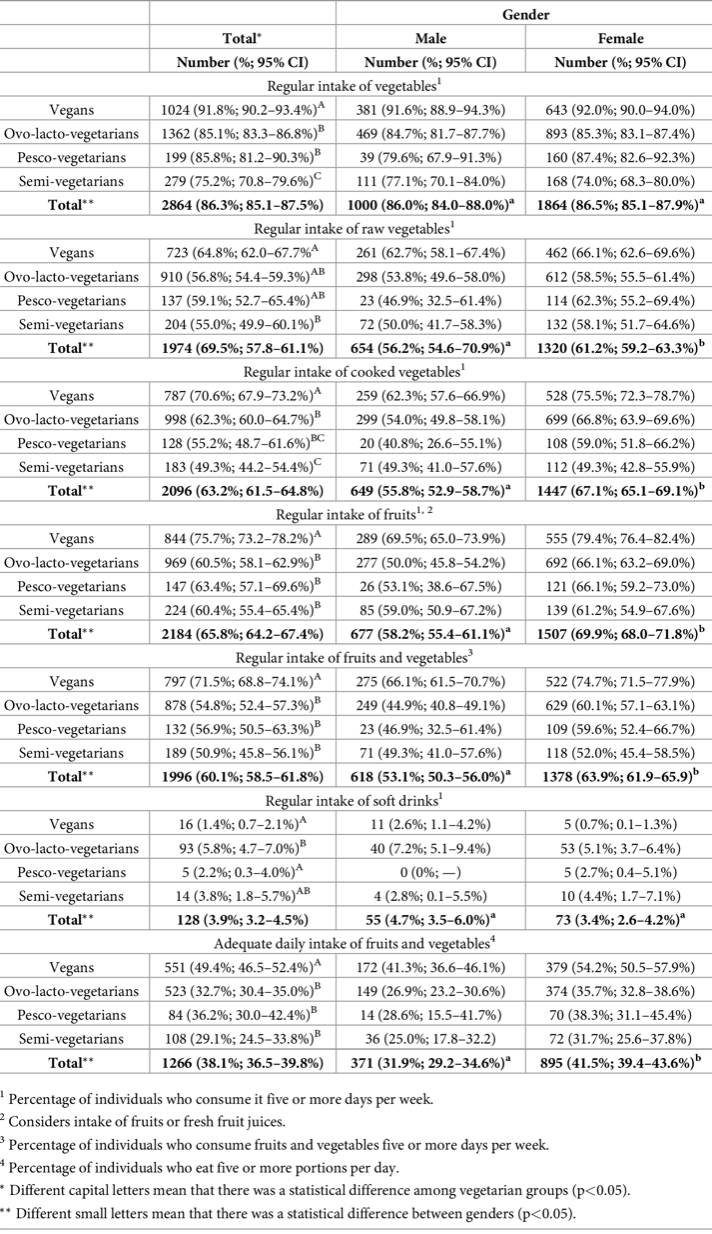 VEGAN DIET FOR ATHLETES: The evidence for vegan diets to support athletic performance is certainly growing. This study included 56 female athletes aged 15–35 years who were a healthy body weight, non-smokers, consumed minimal alcohol and exercised for 150–200 minutes per week. Half were vegans for an average of 4 years and half omnivores their entire lives. Endurance was measured using an exercise bike and measuring maximal oxygen consumption (VO2 max). In addition, submaximal endurance test was performed with the exercise bike set at 70% of their maximum resistance. Muscular strength was assessed using a leg press for lower body strength and a seated chest press for upper body strength. Total body weight, body fat percentage and lean body mass were measured using dual energy X-ray absorptiometry. Food intake was assessed using a 3-day dietary journal.

The results showed that both groups were comparable for total body weight, body mass index, total fat percentage, and total lean body mass, although the vegans were significantly older in age by 3 years. The vegans recorded a significantly higher VO2 max, indicating a better ability to utilise oxygen during intense exercise. On the submaximal endurance test, the vegans out performed the omnivores lasting on average 3–4 minutes longer before exhaustion. Muscle strength did not differ significantly between the two groups. When comparing the diets of the two groups, the vegan group was eating significantly more carbohydrate, fibre (41g per day), vitamin C, magnesium and iron, but significantly lower quantity of protein (1.11g/kg vs 1.45g/kg). 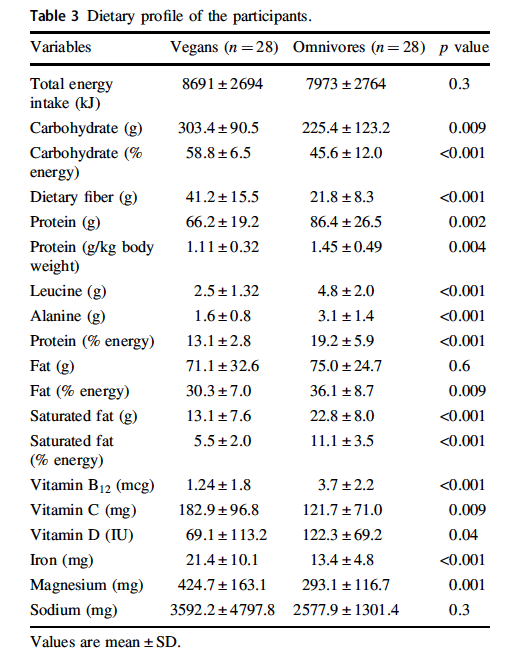 I love the papers conclusion; ‘the results of the present study indicate that a vegan diet does not seem to be detrimental to endurance and muscle strength in healthy young lean physically active females. This suggests that following a vegan diet for long term (≥2 years) may be adequately supportive to maintain muscle strength and could even be more effective for endurance performance as shown by a better submaximal endurance performance compared with omnivores. Accordingly, these findings contradict the popular belief of the general population’ 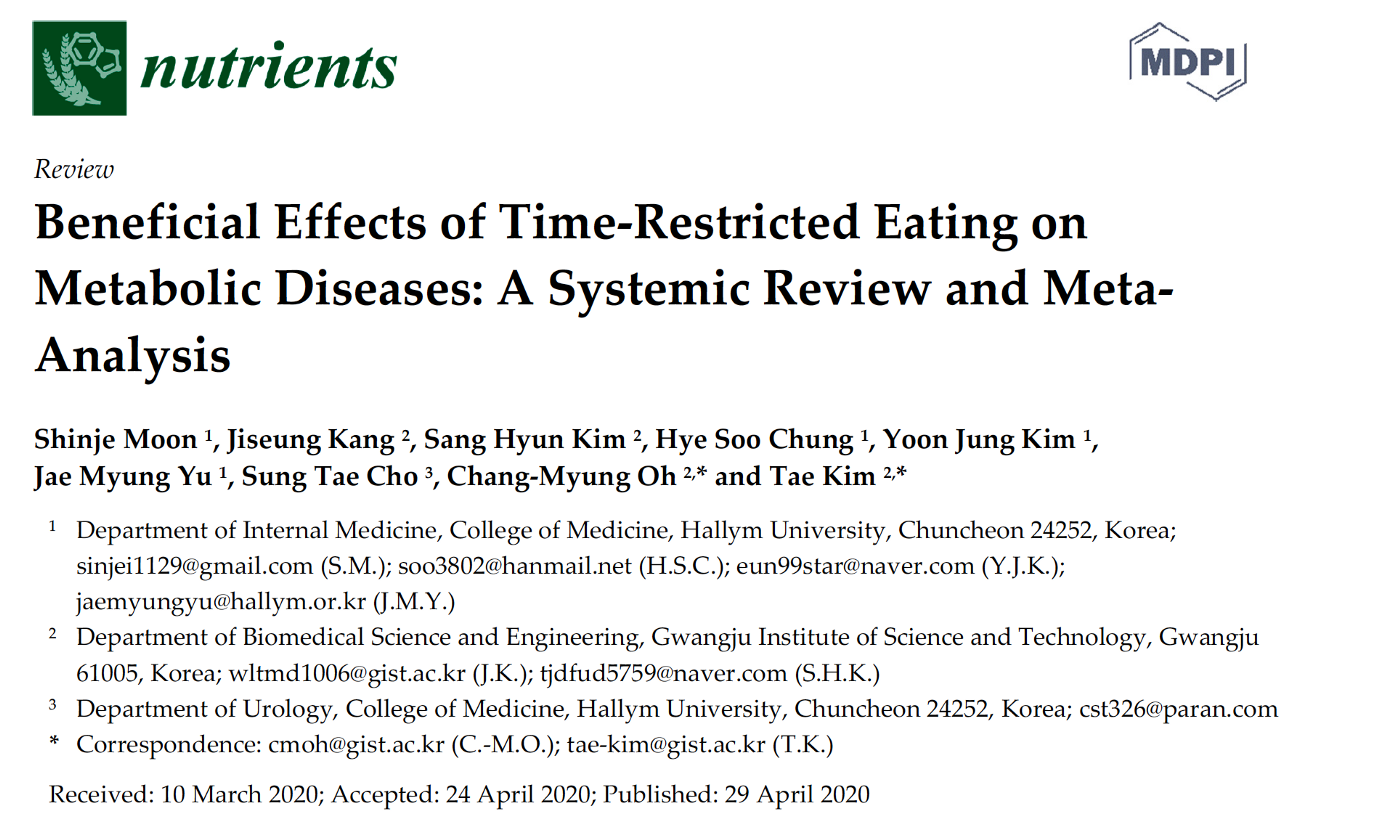 TIME-RESTRICTED EATING (TRE): TRE or intermittent fasting has gained popularity over the last decade. It is an attractive method for weight loss as it does not rely on calorie reduction. Initally there was not a robust body of science to support this way of eating but now the evidence seems quite compelling. This systematic review and meta-analysis of 19 intervention studies, 12 of which were randomised studies, shows a significant benefit for weight loss, decrease in fat mass (without loss of muscle mass), lowering systolic blood pressure and blood triglyceride levels. The effect on LDL and HDL-cholesterol levels was not significant. The studies included used a range of fasting schedules but the most common was fasting for 16 hours and eating within an 8 hour window. The type of schedule did not appear to impact the results.

‘Fasting is evolutionarily embedded within our physiology, triggering several essential cellular functions. Flipping the switch from a fed to fasting state does more than help us burn calories and lose weight…..simple fasting improves metabolism, lowering blood sugar; lessens inflammation, which improves a range of health issues from arthritic pain to asthma; and even helps clear out toxins and damaged cells, which lowers risk for cancer and enhances brain function’, Harvard Health Blog, 2020

Our bodies’ metabolism is in tune with our circadian rhythm — night/day cycle — and in general is adapted to eating food during the daytime and not late evening/nightime. A recent summary of the data from Harvard Health Blog provides these helpful tips on how to incorporate TRE with a healthy, predominately plant-based diet.