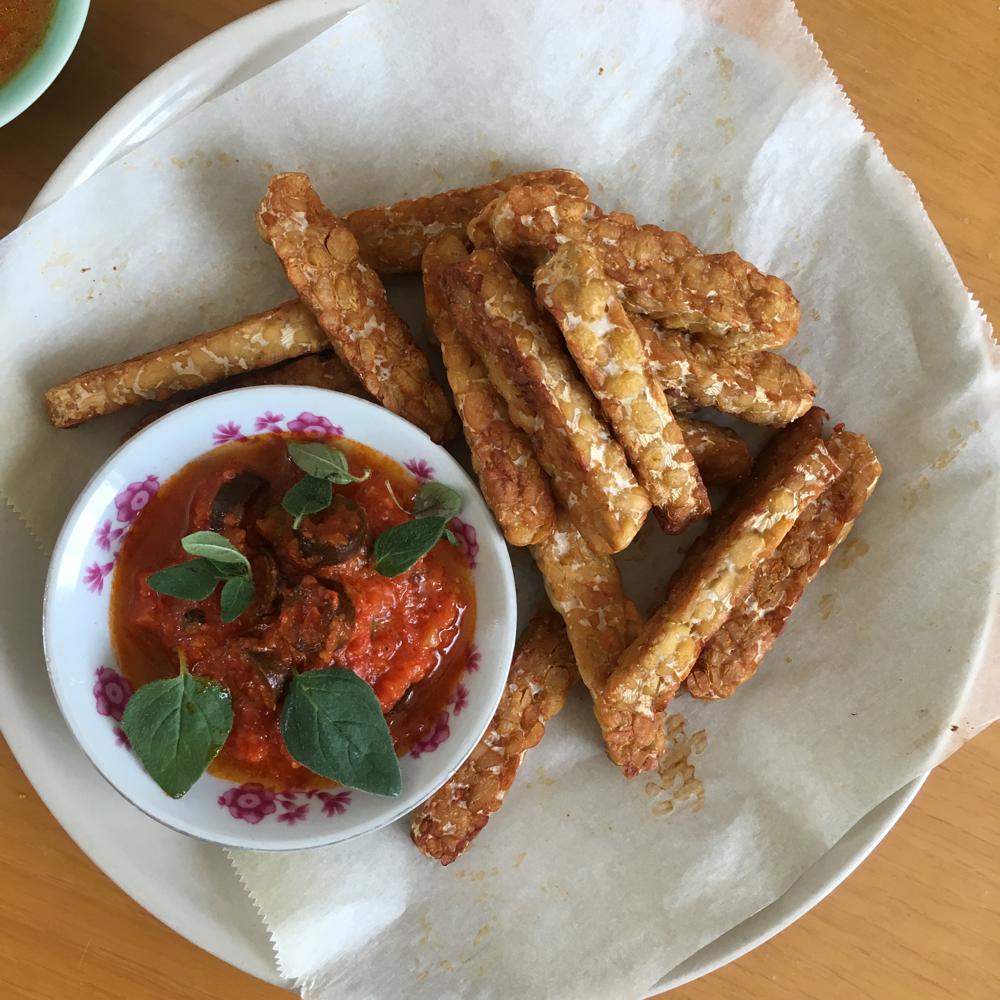 By Dr. Gabriella F. Buttarazzi
You can find out more about Gabriella’s work at www.theartofintegralbeing.org

As the main
plant-based protein
source in the dish.

Tempeh is an Indonesian staple food made from fermented soya beans. Making tempeh is very straightforward and inexpensive once you get the hang of the fermentation process. With the sharp rise in veganism across the globe in recent years, tempeh is becoming more readily available in the UK and other European countries, but it often costs three times less to make it from scratch.

Tempeh is highly nutritious and contains health promoting phytochemicals like isoflavones and saponins. Controlled by fermentation of cooked soybeans with Rhizopus moulds, the fermentation process actually produces natural antibiotic agents while leaving the desirable soy isoflavones as well as the saponins intact. Tempeh is rich in protein and fibre and is easy to digest. The process of fermentation makes the soybeans softer, since enzymes produced by the mould predigests a large portion of the basic nutrients. The Rhizopus moulds produce an enzyme phytase which breaks down phytates, thereby increasing the absorption of minerals such as zinc, iron and calcium. The fermentation process greatly reduces the oligosaccharides that make beans hard to digest for some people. In comparison to tofu that is made from a soybean extract, tempeh keeps all the fibre of the original soybean and has a nutty texture.

Like tofu, tempeh is very versatile, it can be crumbled, sliced or cubed and absorbs marinades and the flavours from the foods you cook it with easily. It is also delicious when simply grilled until golden brown with a little sea salt and cracked black pepper (as pictured). In Indonesian cuisine, the most well-known vegan dish with tempeh is Gado Gado, a delicious selection of seasonal vegetables, grilled tofu and tempeh, peanut sauce, which is sometimes served with the addition of a boiled egg as a vegetarian dish.

This is a straightforward recipe but relies on a small amount the tempeh starter, which can be purchased online.

To make the steps much faster, it is strongly advised that you use dehulled soya beans. If you cannot buy dehulled soya beans, you have two other options: one quicker than the other. The first option is to begin by using a loosely set grain mill to dehull the dried soya beans by cracking them—ideally—in half. This option, however, relies on you having a grain mill. Alternatively, at the end of Step 2, you can dehull the soya beans by hand. This is a tedious task but can also put you in a meditative state.

Soak the soya beans in 2 litres of water for at least 8 hours.

Stir the soaked soya beans, which gently causes the hulls to rise to the surface of the water. Drain the water and loosened hulls from the soya beans. Continue to add cool water and drain, repeatedly, until most of the hulls have been removed. You can also do this by hand by popping the soya beans from the hulls, but of course, this takes some time! A few hulls may still remain, which is not a problem.

Boil the soya beans in plenty of water along with the vinegar for 30 minutes. Drain the water and ensure that the cooked soya beans are dry, by patting them dry with kitchen paper and setting them aside until completely dry. Set the soya beans aside for cooling to below 35 degrees Celsius.

Using two plastic zip-lock bags, pierce them with 1-inch apart holes using a large thick needle. This is an essential step as the holes allows the mould to breathe. Separate the soya beans into two moulds, pressing them firmly and evenly, aiming for a shape that is rectangular with a total thickness of 2-3cm.

Place the two plastic packets in a warm place, at approximately 30 degrees Celsius, for 36-48 hours.

At the end of the 36-48 hours, the two plastic packets should be completely filled with white mycelium that firms up the soya beans into one piece, like a cake, that can be removed as whole pieces. Wash and save the pierced plastic zip-lock bags (saving them for use next time).

You can also make tempeh with other legumes such as mung beans, chickpeas and black beans. 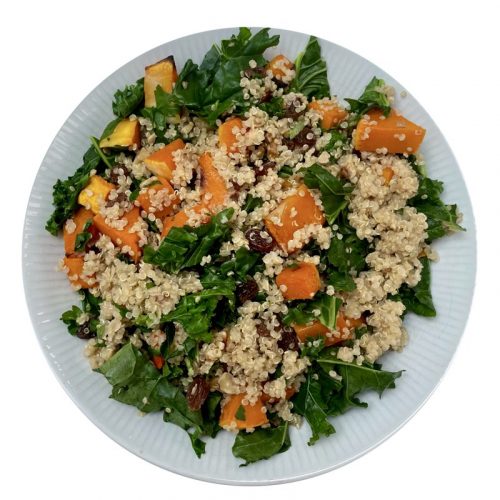 Roasted Squash, Kale and Quinoa saladThis warm salad is a filling and delicious packed lunch. It has three portions of fruit and vegetables and a source of omega-3s from the walnuts. Squash is packed with powerful carotenoids and kale is a fantastic source of calcium,... 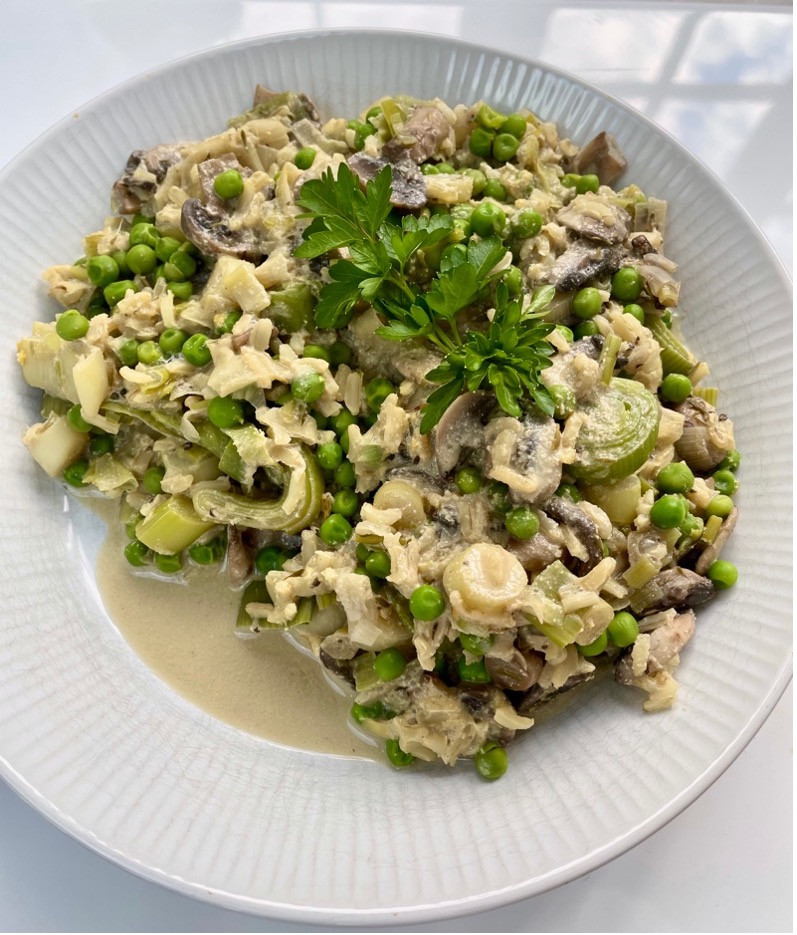 Creamy Mushroom, Leek and Pea RisottoThis creamy risotto recipe is the perfect midweek meal. It is quick to make and feels so comforting. It is inspired by the traditional risotto recipes from Italy, but this version is free of the cholesterol and high amounts of... 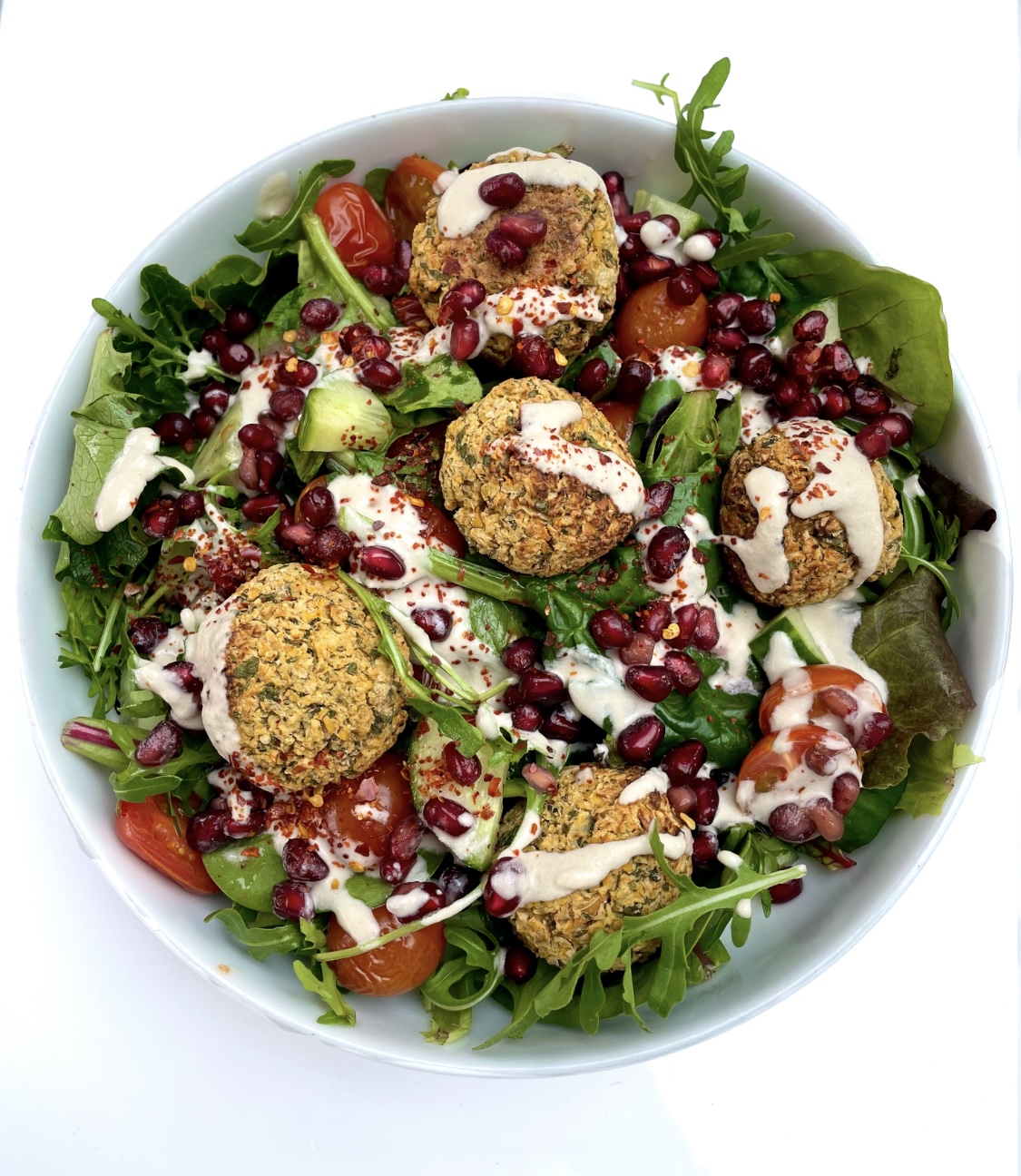