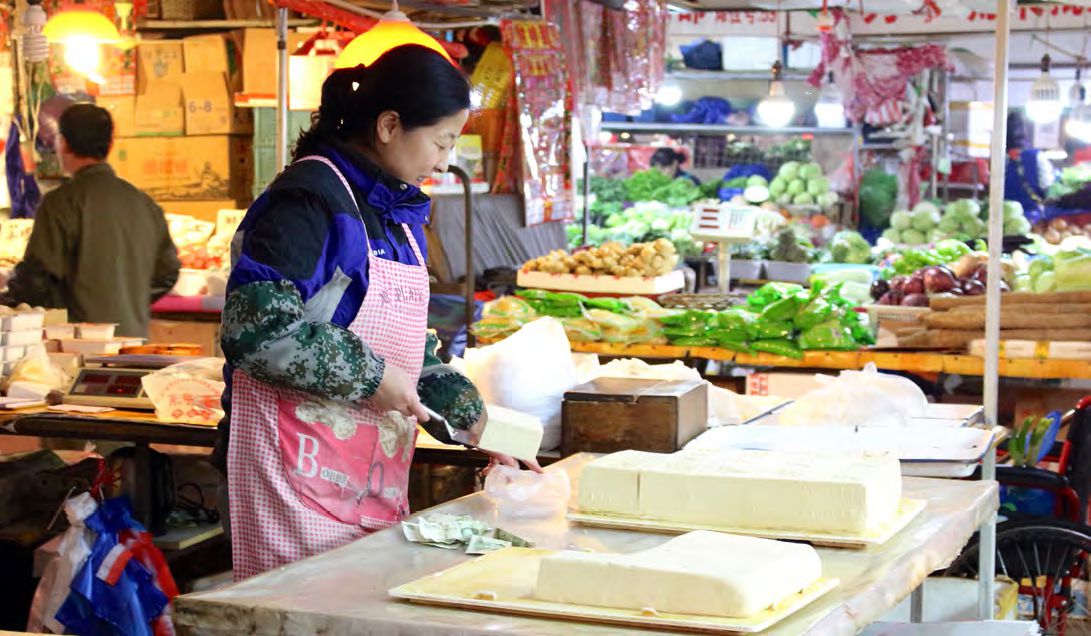 Also known as Glycine Max, the soya bean is a legume, first grown in China 3000 years ago.

Soya, like quinoa, is a complete plant protein containing all nine essential amino acids that our body cannot make.

The isoflavones in soybeans are just one of several classes of phytoestrogens (plant oestrogens). Daidzein and genistein are the two main types of isoflavones found in soya beans.

Other than timing and duration of exposure to soya (childhood), gut bacteria may play an important clue as to the reason for varied results in the 20,000 or more studies on soya

EQUOL producers: 25% of non-Asians and 50% of Asians and vegetarians host the intestinal bacteria that convert daidzein into the isoflavonoid equol which has more estrogenic activity. Hence one may see differing beneficial effects depending on the amount of conversion to equol.

The preference of isoflavones for ERβ is the primary reason that isoflavones are seen as capable of having tissue-selective effects and the reason they are classified as selective oestrogen receptor modulators (SERMs), thus having dual effects.

Soya and its effects on the body:

Soya isoflavones appear to have a complicated role in the human body, mimicking oestrogen in some and blocking its effect in others (SERM effect). As a result, soya can also help reduce menopausal hot flushes, a pro-oestrogenic effect but in the breast, soya isoflavones appear to have an anti-oestrogenic effect (SERM), blocking the growth promoting effects of oestrogen on the breast. Hence, the likely reduction of breast cancer risk shown in several epidemiologic studies.

Soya also mimics oestrogen and occupies oestrogen receptors in the bone, albeit with a weaker effect, promoting bone strength.

Depending on how much oestrogen is present in the body to start with, soya may exhibit anti or pro oestrogenic properties and have differing effects in women, making it quite complex to study. Isoflavones may also suppress oestrogen levels by inhibiting enzymes involved in the hormone’s production.

Studies have also suggested that soya intake in childhood and early adult life may be a modifying factor for breast cancer and as little as one portion of soya (10 mg of isoflavones or 80 g of tofu) a day can reduce future risk.

Effect of Soya on Menopausal Symptoms:

South East Asian women report a lower prevalence of hot flushes compared to their western counterparts (15% vs up to 85%). This has been attributed to the higher consumption of soya.

Almost all studies have used isolated soy isoflavones which is why there is a wide variation in results in animal, in vitro vs epidemiologic studies. (More than 50 hot flush trials alone have been conducted without reaching definite conclusion).

Despite these inconsistent results, it can be argued that results are good enough to recommend the regular intake of soya as a food (not as a tablet), not least because a number of other benefits and the absence of side effects from formal hormone replacement therapy, such as cancer, heart disease and stroke.

Further, the overall benefit (including placebo response) is most studies is at least 50% reduction in the severity and/or frequency of hot flushes. This degree of improvement is similar to that wanted by women seeking nonhormonal alternatives to oestrogen for menopausal symptom relief.

Whole or minimally processed soya foods should be recommended over isolated soy isoflavones where possible, as these natural soya foods are a composite of intricate biologically active molecules rather than containing just isoflavones.

Soya products can be safely eaten several times a week throughout as part of a varied whole food plant-based diet, unless one is allergic to soya.

Iodine intake and thyroid medication may need to be watched in those with thyroid problems but is not a contraindication.

Minimally processed products are to be preferred such as young beans (edamame), mature soya beans, natto, tempeh, tofu and organic soya milk over processed soya foods. These are excellent substitutes for animal sources of protein.

Miso, tempeh and natto are healthy fermented sources of soya.

Aim for two portions of minimally processed soya as part of a varied whole food plant-based diet a day as an adult (for e.g. a cup of soya milk and 80g of tofu, miso, tempeh or edamame).

Avoid isoflavone supplements and soya protein isolates, the latter may increase IGF1 similar to animal protein. The benefits of soya products appear to relate to traditional soya products, not to concentrated soya proteins.

Studies in both men and women have shown that soya did not hinder reproduction.

Soya products have no adverse effects on men and may help prevent cancer in men. A meta-analysis published in Fertility and Sterility, based on more than 50 treatment groups, showed that neither soya products nor isoflavone supplements from soya affect testosterone levels in men.

An analysis of 14 studies published in the American Journal of Clinical Nutrition showed that increased intake of soya resulted in a 26 percent reduction in prostate cancer risk. Researchers also found a 30 percent risk reduction with nonfermented soya products such as soya milk and tofu.

Evidence to date indicates that soya products may reduce the risk of breast cancer and breast cancer recurrence. Studies have also suggested that soya intake in childhood and early adult life may be a modifying factor for breast cancer and as little as one portion of soya (10 mg of isoflavones or 80 g of tofu) a day can reduce future risk.

In a recent study, post-menopausal breast cancer survivors on Tamoxifen who ate the most soya had the lowest rates of breast cancer recurrence. This was also true of lignan intake (found in especially high levels in flax seeds).

Soya by inhibiting the growth of blood vessels that can supply cancer may be the reason for the reduction in colon, lung, prostate and ovarian cancer seen in case control studies.

Tumours in post-menopausal women do not have easy access to oestrogen, which appears to feed tumours. These tumours may then turn to creating oestrogen themselves; mushrooms have been found to disrupt this process.

Effects of soya on the thyroid gland:

Soya does not appear to have adverse effects on the thyroid gland but may reduce the absorption of thyroid medications. Soya products should still be enjoyed as part of a varied whole food plant-based diet.

Timing of medication: It is advisable not to take thyroid medication at the same time as eating soya products

It is recommended to watch iodine intake and have regular checks whilst on thyroid medication.

The role of soya in Polycystic Ovarian syndrome (PCOS):

Soya has been shown to improve PCOS symptoms and metabolic markers seen in the condition.

A randomised controlled trial (RCT) published in 2018 looked at the effect of dietary soya intake on weight loss, glycaemic control, lipid profiles and biomarkers of inflammation and oxidative stress in women with PCOS.

The role of soya in fibroids:

The role of soya in Endometriosis:

Soya is a common food in Japan and in Southwestern Asia that contains phytoestrogens which interact with oestrogen receptors, either with an oestrogenic or an anti-oestrogenic effect. Soya food consumption and perhaps, flax seed powder through the same phytoestrogen mechanism can minimise the risk of endometriosis, with studies to show that Japanese women had a lower risk of severe endometriosis.