Can an increase in whole-food, plant-based diets and a reduction in western diets be used to prevent and reverse diseases facing the western world today? 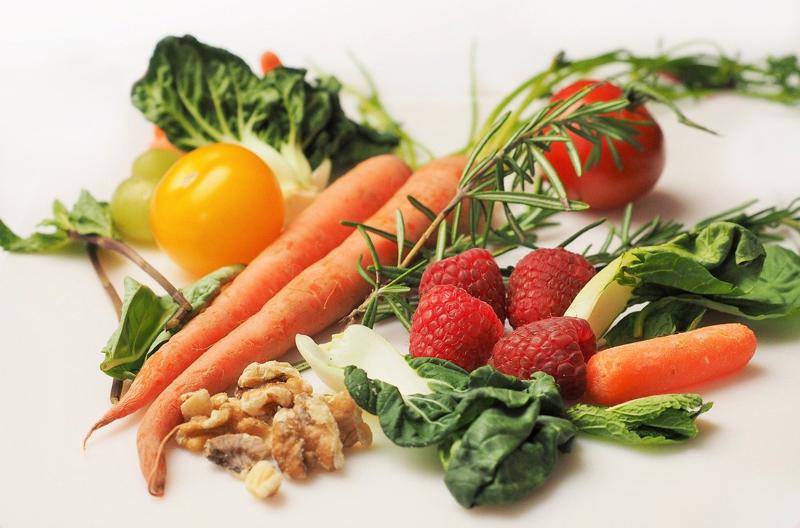 The alarming rise in disease rates, including type II diabetes, heart disease and many cancers, can partly be attributed to the western diet which is high in animal-based and processed foods. Here I’ll be discussing some of the reasons why a plant-based diet is protective and why it is in an important healthcare tool to prevent disease.

A meta-analysis of 108 cross-sectional and cohort studies comparing vegan, vegetarian and omnivore diets found that risk of ischaemic heart disease incidence and mortality was significantly (p < 0.001) reduced amongst vegetarian diets by 25%, (no data for vegan diets) [1]. Additionally, vegan and vegetarian diets were both associated with a significant reduction in the incidence of total (combined) cancer (p = 0.006, p = 0.0002). Preceding risk factors including BMI, total cholesterol, LDL-cholesterol and blood glucose were also measured. From the 56,461 vegetarians, 8,421 vegans and 184,167 omnivores included, vegetarian and vegan diets were associated with significantly lower BMI, serum total cholesterol, LDL-cholesterol and blood glucose levels compared to omnivores. Levels amongst vegans were even lower than vegetarians [1]. The results seen are likely explained by a combination of the protective effects of plant foods and the avoidance of some of the detrimental effects that animal-based and processed foods can have.

Components of the Western diet and related disease risks

Red and processed meats contain compounds such as N-nitroso compounds (NOC) and heme iron that have been linked to increased risk of colorectal cancer. Haem iron is a catalyst for reactive oxygen species (ROS) formation that can cause significant damage to DNA and increase inflammation and protein damage [2]. Meat also contains nitrites and nitrates, which can be turned into NOCs, known animal carcinogens, through a reaction catalysed by haem [3]. Processed meat contains all the required precursors, including nitrites, to form NOCs. The harm these compounds can cause in humans has been debated. Different publications claim varying levels of risk to humans at the levels that are found even in the highest containing foods, such as dried shrimp, cooked bacon and cured meats [4]. Such results may be explained by the importance of a wholistic approach for studying nutrition. A compound alone may not significantly increase disease risk but combined with other toxic compounds or lack of protection from plant foods, and disease risk becomes significant.  Whilst naturally occurring in meat, especially beef and pork, N-nitroso compound levels can be increased by processing meat through methods such as smoking or by using nitrites for preservation [5]. Whilst there are high levels of nitrate found in green, leafy, and root vegetables these also contain antioxidants including vitamin C, which inhibit the formation of NOCs so are considered harmless [6]. In 2010, a study of 2,719 incidents of colorectal cancer concluded positive correlations between red meat and total processed meat intake with colorectal cancer and found an elevated risk of colorectal cancer for those in the highest quintile of nitrate intake from processed meats. It is also worth noting individuals with the highest intake of red meat consumed less calcium, fibre, fruits and vegetables [3]. Four years later, a case-controlled study further demonstrated that NOC intake is associated with a higher risk of colorectal cancer. The group consuming the most NOC-containing meat compared to the lowest also had an increased risk [7]. Thus, NOC formation resulting from the intake of nitrites present in red and processed meats is what can be considered a cancer risk.

Advanced Glycation End Products (AGEs) are toxic compounds that, as well as forming naturally during metabolism, can be obtained from dietary sources characteristic of a western diet and have pathogenic outcomes [8]. A 2010 study categorised the levels of AGEs across 549 foods and found that meats contained the highest levels, followed by high-fat spreads and cheeses. Nuts were also found to contain high levels; however, they also contain antioxidants which can counteract new AGE formation [9]. AGEs have been implemented as a risk factor in many diseases including type II diabetes, cardiovascular disease (CVD), kidney injury and metabolic dysfunction, Alzheimer’s disease, and several cancers [10]. Dietary AGEs worsen oxidative stress and inflammation, glycate and cross-linking proteins, compromising their functional and structural integrity. This can cause protein damage, endothelial dysfunction, organ damage and worsening deterioration with age [8]. In 2002 a randomised crossover study and randomised parallel group study aimed to categorise some of the impacts of dietary AGEs on diabetic subjects. A diet high in AGEs compared to one low in AGEs significantly increased inflammatory mediators and subsequent tissue injury. The inflammatory molecules studied were known markers of diabetes and vascular disease. The reduction in the inflammatory response via a reduction in dietary AGEs can help to prevent or delay the risk of atherosclerosis [11]. More research needs to take place to understand the molecular mechanisms and signalling pathways involved in AGEs and disease risk. By substituting animal products with plant-based foods, AGE content and subsequent risk of several diseases that are prevalent in the western world today, can be reduced.

Elevated cholesterol levels, widely attributed to the increased levels of saturated fat in a western diet, are an underlying cause of atherosclerosis [12]. In a 2014 study looking at plant-based nutrition to reverse coronary artery disease, 0.6% (1/177) patients following the plant-based diet experienced a major cardiac event, with a 10% (18/177) event rate including other unforeseeable complications during the study, whereas 62% (13/21) who did not comply with the diet experienced some type of adverse event. In a 1985 study from the same author, a participant suffering from the restricted myocardial blood flow had normal blood flow restored after just 3 weeks on the plant-based diet [13]. Whilst this is partly attributed to LDL-cholesterol reduction [14], there is increasing evidence for the protective effects found in bioactive compounds of fruits and vegetables. Polyphenols, for example, are phytochemicals that exhibit antioxidant properties and anti-atherosclerotic potential. Many cardiovascular diseases (CVDs) are characterised by endothelial dysfunction. Polyphenols can improve vascular and endothelial function by causing endothelium-dependent relaxation of arteries and veins whilst stimulating the formation of endothelial nitric oxide (NO). NO is important for preventing endothelial damage and subsequent development of CVD [15]. Polyphenols also reduce circulating LDL-cholesterol levels, reducing LDL-cholesterol oxidisation by free radicals and foam cell formation. Further studies have demonstrated polyphenol’s ability to reduce platelet aggregation which contributes to thrombosis from atherosclerotic plaques [16]. Other essential nutrients from fruits and vegetables, such as folate, potassium and antioxidant vitamins, also provide protective effects in the body and are associated with lower CVD risk [17].

A diet high in fruits and vegetables will naturally be higher in dietary fibre, and those consuming high levels of animal-products will likely get less fibre. Fibre adds bulk to food increasing feelings of fullness which lessens appetite, potentially reducing body mass and obesity in the long term [18]. Fibre lowers total and LDL-cholesterol by binding bile (consisting of cholesterol), which prevents reabsorption of bile-salts, as they are instead excreted, reducing the risk of CVD [19] [20]. Small chain fatty acids (SCFA), such as butyrate, can be obtained from fibre. These are the main fuel for cells lining the colon, providing important protection, reducing colorectal cancer risk. SCFAs also reduce the colon pH, preventing the growth of pathogens supporting disease prevention [21]. Fibre can also help to reduce type II diabetes risk by slowing nutrient digestion after a meal causing a lower blood glucose and insulin response helping to manage insulin resistance [22].

Overall, a plant-based diet can lower the risk of disease incidence, including heart disease and total cancer. The way a plant-based diet works is two-folds: a reduction in carcinogenic and pathogenic compounds of western foods, such as AGEs, and an increase in protective plant compounds, such as polyphenols and fibre. Many studies look at these components in isolation, but it is important to consider the wholistic approach in future research.