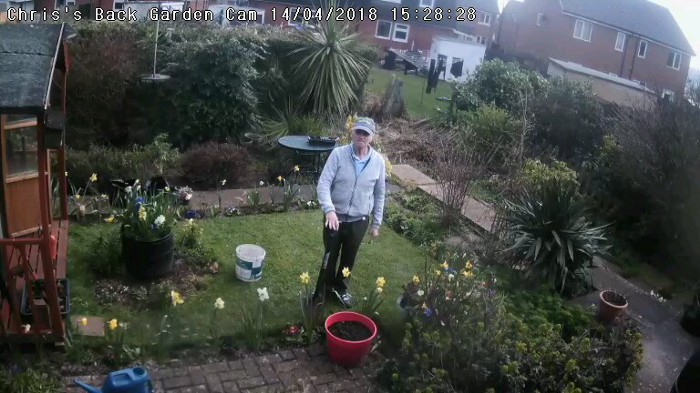 It’s never too late. Chris, age 75, changes his diet and comes off all his medications

My name is Chris, I am approaching the age of 76 years and I am located in the depths of the Forest of Dean in the county of Gloucestershire.

About 15 years ago, because of my concern for the welfare of animals and the nagging thought that we shouldn’t be eating animals, I became a vegetarian. I was totally ignorant about nutrition, or that there were alternatives to meat and dairy products. I became a member of Viva! and researched websites to learn more about vegetarianism.

I had developed angina several years before and now also suffered quite badly from osteoarthritis in the knees. In addition, I was informed that I had type 2 diabetes. I therefore started reading books written by American physicians, including Dr Neal Barnard’s, ‘Program for Reversing Diabetes’, Dr Caldwell B Esselstyn’s ‘Prevent and Reverse Heart Disease’, T. Colin Campbell’s ‘The China Study’ and Dr Bhimal Chhajer’s ‘Reversal of Heart Disease’. All these books gave me an insight into what plant-based nutrition was all about, but unfortunately not before I entered hospital for a triple heart bypass.

I didn’t suffer a heart attack, but severe angina, although fortunately the heart muscle was not damaged. This spurred me on to study more about nutrition, particularly plant-based nutrition and through the internet and other resources I became more confident in my knowledge.

A few years later I decided to become vegan and my health conditions improved greatly, but not massively. I had also developed rheumatoid arthritis and my fingers were starting to become distorted and extremely painful. I was also suffering various physical pains in the body. Six months ago I went on a strict whole food plant-based (WFPB) diet, eliminating anything that had crept into my diet, such as processed oils, chips, crisps, cakes and the killer, ‘CHEESE’.

After a couple of months I spoke to my GP about giving up a number of medications. He agreed as long as I had a blood check after 3 months. I duly had the checks and they were astonished to find that not only was I now non-diabetic, but my cholesterol, blood pressure and kidney function were normal, Furthermore, I had to tell him that I had not taken any medication, including heart tablets for that 3 months and that’s how it remains to date.

I walk several miles daily, exercise on an indoor rower, use resistance cords and for the past nine months my energy levels have been consistently high. I haven’t had a hint of pain or stiffness in the body and I no longer suffer any pain in the hands.

The transition to a WFPB diet has resulted in a complete transformation of my health and through a gradual elimination of certain foods, I believe that I can pinpoint the troublesome foods for certain ailments, although I think collectively the elimination of meat and dairy, oils and highly processed foods with the addition of the WFPB foods were the complete cure.

What I would have given to know 40 or more years ago, what I know now. I am grateful to all the physicians and organisations who continue to promote a WHOLE FOOD PLANT-BASED DIET and wish the conferences now taking place here in the UK success.