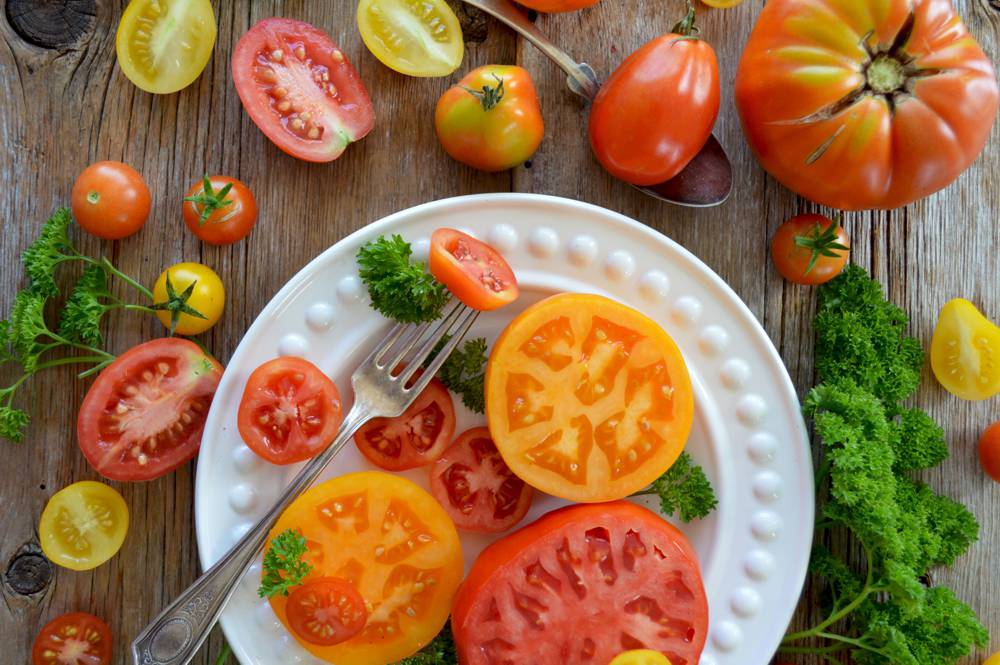 The prostate is a walnut-sized gland that sits behind the bladder and in front of the rectum and secretes fluid into semen. Prostate cancer (PC) is the most common cancer in men in the UK. There are different stages of PC, all arising from a precancerous stage, which then progresses to localised cancer (within the prostate) followed by advanced cancer (outside the prostate). PC can be tracked in the blood by measuring a protein secreted by the prostate called prostate-specific antigen (PSA).

About two thirds of all PC cases occur in high income countries with a 10 fold difference in incidence between countries with high and low rates of this cancer. Individuals that migrate from low incidence countries acquire the risk of their new country. This provides us with strong evidence that environmental factors contribute to PC risk, with diet choices being strongly implicated.

So what foods have been scientifically linked to an increased risk of PC? In general, diets high in animal fat and protein and low in fibre appear to increase the risk of PC whereas diets high in fruits, vegetables, fibre and soya products appear to be protective.

Foods implicated in the development of prostate cancer

Cow’s milk, is an excellent growth fluid for calves. It contains bovine growth hormones, oestrogens and insulin-like growth factor (IGF-1). The risk of PC is higher in men that consume the most dairy with a 7% increased risk with every 400g consumed. An updated analysis from the Adventist Health Study-2 cohort provides useful data as researchers assessed the contribution of both dairy consumption and calcium separately and the study includes participants who are vegan, thus do not consume dairy and obtain calcium from alternate sources. The study included 28,737 Seventh-day Adventist men in the United States and Canada, of whom 6389 were of black ethnicity. The results showed that men consuming 430g/day of dairy compared to those consuming 20.2g/day had a 27% increased risk of developing prostate cancer. The association was similar for advanced and non-advanced cases of cancer, in people of black ethnicity and after excluding vegans from the analysis. The major rise in risk of prostate cancer was seen to occur between the zero-intake category and second quintile of the dairy users, with the risk then remaining high but plateauing. Compared to participants consuming zero dairy, those consuming the most had a 60% increased risk. The increased risk was mainly seen with the consumption of milk with no association found for cheese and yogurt. In contrast, higher intakes of non-dairy and supplemental calcium did not increase the risk of prostate cancer. The authors conclude ‘these data from a population with a wide range of dairy and calcium exposure do not clearly support a connection between calcium intake and prostate cancer. However, they do suggest that risk of prostate cancer is causally associated with higher intake of dairy products or some unknown causal factor that is strongly associated with dairy intake’.

Why is this? One important factor is that dairy and indeed diets high in animal products, result in high blood levels of IGF-1. This growth factor stimulates cells to grow and is associated with an increased risk of cancer in general. We know that the levels of IGF-1 in people that don’t consume animal products (vegans) are significantly lower than in those that do and the risk of cancer in general is lower in those following a vegan diet.

Red and processed meat consumption has been associated with an increased risk of PC in some but not all studies. One study of more than 175,000 men showed that the those consuming the most red meat had a 30% increased risk of developing advanced PC, compared with those who consumed the least. Processed red meat also increased the risk, with a 10% increase for every 10g consumed.

Don’t forget that in 2015, the WHO issued a report stating that processed red meat is a group 1 carcinogen (it’s consumption causes cancer) and red meat a group 2 carcinogen (probably causes cancer). Although the strength of association is strongest for colorectal cancer, the risk of a number of other cancers is also increased by consuming processed and red meat.

There are a number of mechanisms by which processed and red meat can cause cancer. The strongest evidence is for the role of nitrites and nitrates, present in processed meat, which are converted in the gut to N-nitroso compounds — known cancer-causing compounds. Haem iron in red meat is also implicated in cancer development. When meat (any meat) is cooked at high temperatures, there is formation of cancer-causing chemicals such as heterocyclic amines and polycyclic aromatic hydrocarbons.

Some but not all studies have found an association between the consumption eggs and an increased risk of lethal prostate cancer. The main component of eggs that is implicated is choline. In a study of 47,896 men followed for 22 years, those with the highest intake of choline had a 70% increased risk of lethal prostate cancer. The exact mechanism for this potential association is not clear.

Whether this association truly represents cause and effect is yet to be determined. However, there are other more important reasons to limit the consumption of eggs and choline from animal sources. Higher intakes are associated with increased cardiovascular mortality and type 2 diabetes. One mechanism for this association is that choline from animal foods is converted by gut bacteria to TMA which is later converted by the liver to TMAO. TMAO has been implicated in the pathogenesis of atherosclerosis and other chronic diseases. The consumption of eggs in general is associated with higher cholesterol levels and an increased risk of cardiovascular disease.

In general, diets centred around whole plant foods are associated with the lowest risk of PC. This is likely to be because plant foods are low in saturated fat, high in fibre, antioxidants and anti-cancer phytonutrients. A study including 1399 men found that those consuming the most healthy plant foods and least animal and processed foods were less likely to have an elevated PSA level.

A plant-based diet is the only diet that has been shown in a clinical study to arrest and in some cases reverse the early stages of PC. In a randomised study of 93 patients with early stages of prostate cancer, one group was randomised to a plant-based diet and other lifestyle interventions, including regular exercise, stress management and social support. The other group continued their usual diet and lifestyle practices. After 1 year, the intervention group had a significant reduction in the PSA level, whereas the control group had a rise in PSA level. After 2 years, 27% of the control group had to go on and have conventional treatment (surgery or radiation) compared to only 5% in the intervention group.

In separate studies the mechanism by which these lifestyle interventions might be controlling PC growth was investigated. The same lifestyle interventions in men with PC was found to increase the activity of the enzyme telomerase in blood cells, which acts to maintain the length of telomeres, and favourably alter gene expression in the prostate cells themselves. In fact, a more recent study demonstrated how a compound in cruciferous vegetables, such as broccoli and kale, can activate genes that are implicated in suppressing the growth of PC cells. This adds weight to the results of a previous study that showed men with PC who ate the most cruciferous vegetables had a 50% less chance of the cancer progressing compared to those men who ate the least.

Several studies have shown that the consumption of lycopene, the anti-oxidant in fruits and vegetables that gives them a red colour, is associated with a lower risk of PC. Lycopene is found in tomatoes, red peppers, watermelon, papaya, grapefruit to name a few. Tomato consumption in particular may have a protective effect, although the association is strongest for cooked rather than raw tomatoes, likely due to higher bioavailability of lycopene in cooked tomatoes. Additionally, most studies show that the protective effect occurs when there is a high level of consumption. One study reporting data from the Adventist Health Study-2, including 27934 participants and 1226 cases of PC, suggested higher intake — 5 or more times/week vs. rarely/never — of canned/cooked tomatoes (but not raw tomatoes) was associated with a 28% reduction in the risk of PC. The consumption of approximately 64g of tomatoes per day was associated with a 14% reduction in risk of PC.

If you already have a diagnosis of PC, adding soya to the diet could also help. One study examined the impact of soya intake on PC progression. Men awaiting prostate surgery were randomly assigned to either eating a diet high in soya or not. In the soya group there was a significant decrease in the PSA level when compared to the control group.

Soya foods are associated with a number of health benefits, including lower cholesterol, better kidney and bone health.

Flaxseeds are an excellent addition to any diet with a number of health benefits. The active components include alpha-linolenic acid (ALA), lignans and fibre. Some, but not all, studies have also shown a benefit for PC, mainly for slowly the growth of already established PC. For example, a study investigating the impact of flaxseed intake on PC progression randomly assigned men awaiting surgery to having either 3 tablespoons of flaxseeds a day or not for an average of 30 days prior to surgery. At the time of surgery those that had been consuming the flaxseeds had lower levels of PC cell proliferation when compared to the control group.

So what is a prostate healthy diet? 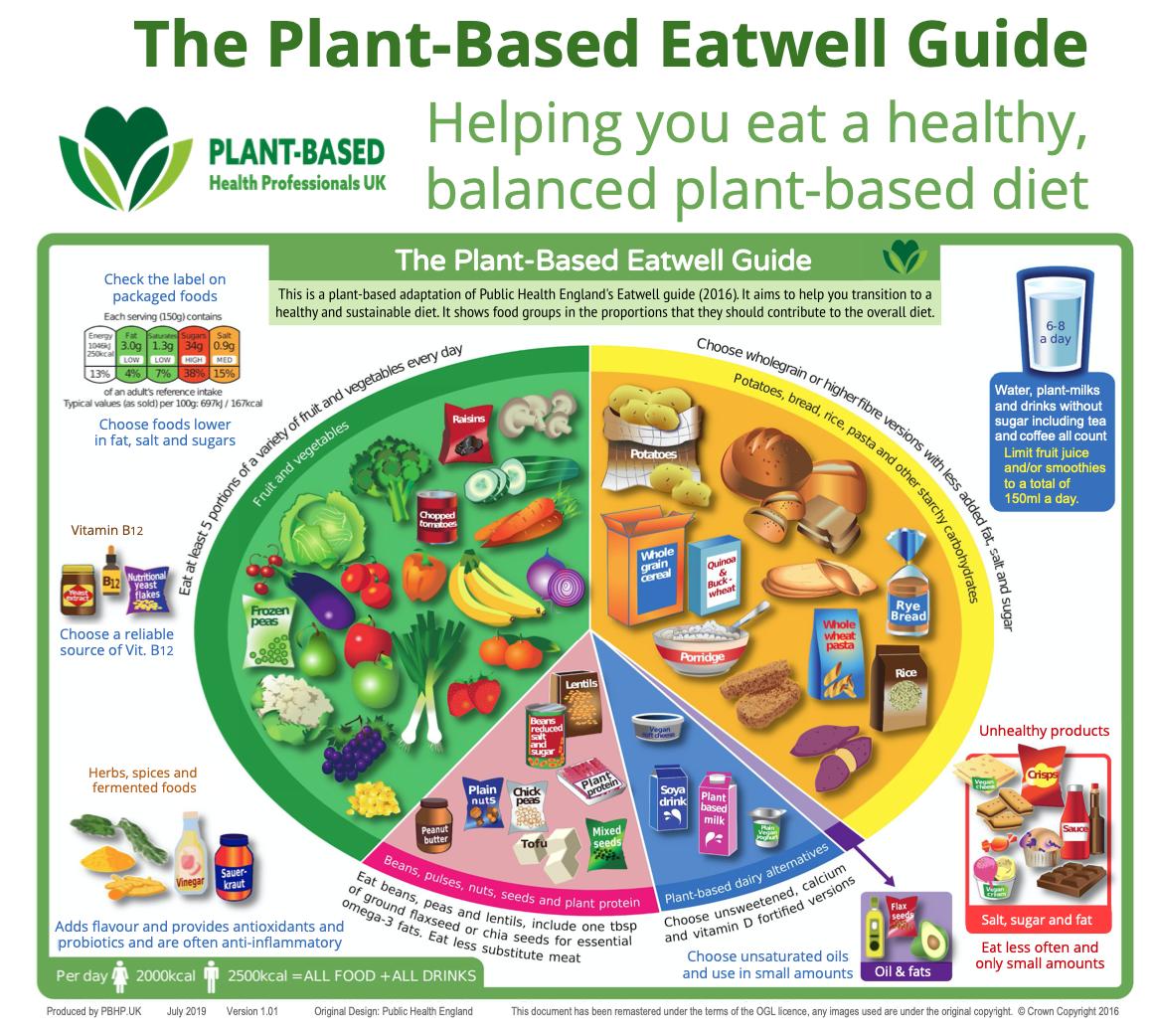 Luckily the diet that is best for prostate health is also best for heart, lung, liver and kidney health and also for preventing other common cancers such as breast and colorectal cancer. This is one that is predominantly based on whole plant foods. That is a diet consisting of fruits, vegetables, whole grains, beans, legumes, nuts and seeds. The closer you get to a plant-based diet the easier it will be to control your weight, the more energy you will have and you will significantly lower your risk of chronic illness.