The role of fish in the diet continues to be a topic of scientific study and debate. So, do humans need to eat fish for health? 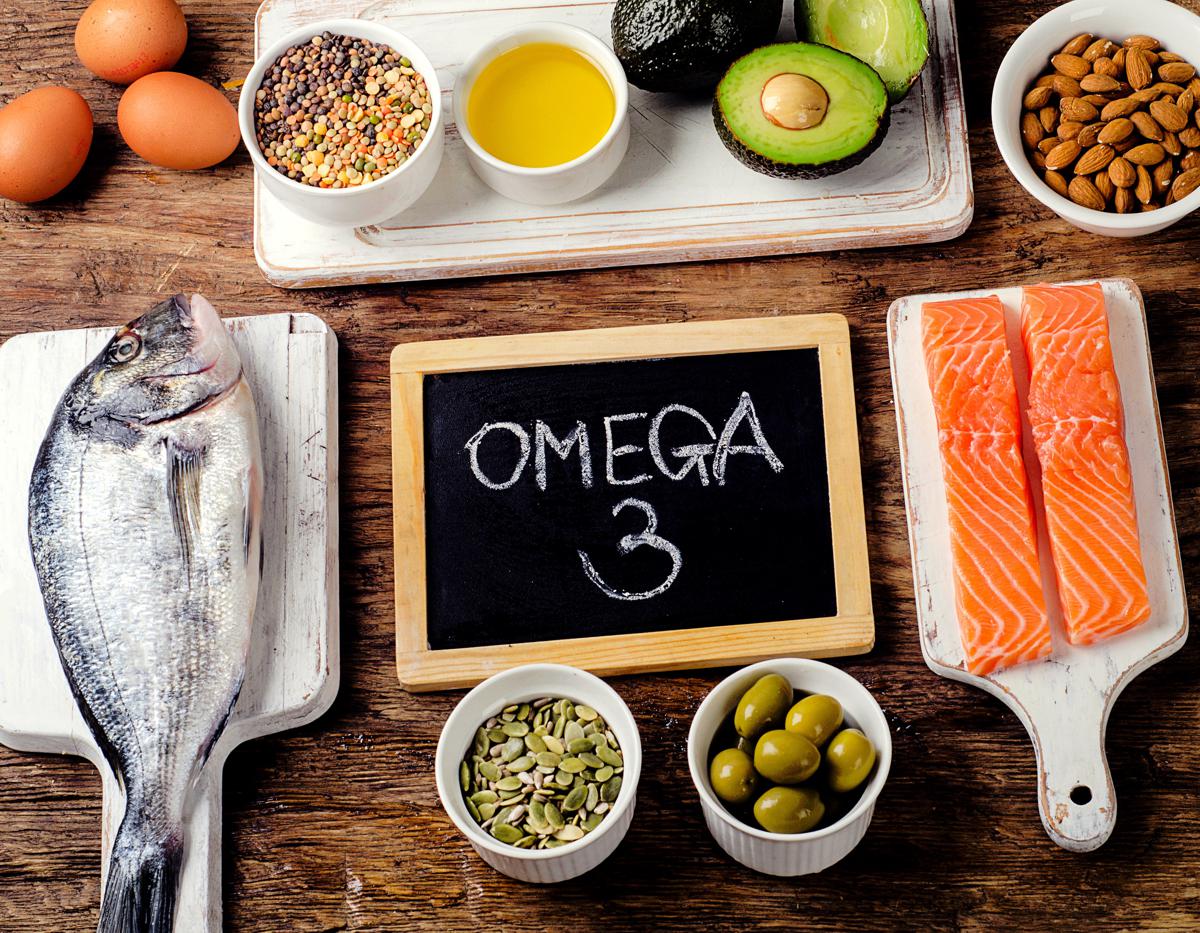 Do I need to eat fish to be healthy?

A 100% plant-based or vegan diet is one of the healthiest diet patterns you can choose and is associated with some of the lowest risk of chronic illness, including cardiovascular diseases, type 2 diabetes, overweight/obesity and certain cancers. Major nutrition and dietetic organisations around the world, including the US, Canada and the UK, have confirmed that a healthy vegan diet is nutritionally adequate for all stages of human live from birth to old age and may be associated with health benefits. So, from the available evidence it can be stated that fish consumption is not necessary in an otherwise healthy plant-based diet. But, would adding fish to an otherwise healthy plant-based diet improve health or not? We don’t know the answer to this question as a study comparing a vegan diet with or without fish has never been done.

What do the studies on eating fish tell us?

Most studies that have examined this question have found that eating fish is beneficial to human health. However, the impact of fish consumption on human health has to be considered in the context of the overall dietary pattern and what fish is replacing in the diet. The question should always be ‘instead of what?’. A person eating fish instead of red and processed meat will most certainly benefit their health. A person eating fish instead of beans will definitely not benefit their health. The impact of fish is likely not so much of the fish itself but of what has been removed or replaced from the diet.

Fish consumption has been shown to be most beneficial for cardiovascular and brain health. The actual component of fish that is beneficial is a matter of debate and although often suggested to be the long-chain omega-3 fats present in fatty fish, it is clearly not the only factor. An extensive review of randomised studies examining the impact of increasing fish and plant-based omega-3 fats on cardiovascular health did not show a consistent benefit.

But don’t the Inuits eat lots of fish and maintain good health?

Turns out this is another nutrition myth and Inuits did get atherosclerosis after all. It has always been believed that their diet, high in marine food and thus omega-3 fatty acids, protected them from atherosclerosis. A study performed CT scans on 2 male and 2 female Inuit mummies — likely between the ages of 16 and 30 years. Cause of death could not be determined but the images clearly demonstrated the presence of calcified atherosclerotic plaques in the carotid arteries, aorta and iliac arteries. Although the cause of atherosclerosis can not be determined, it is clear that the marine-based diet was not able to protect them from the world’s top killer of men and women and atherosclerosis started at a very young age. As is often stated, when choosing a diet the most important question is ‘can it keep my heart healthy?’. If it can’t then its not worth the risk.

There are genuine concerns around eating fish because of high levels of contamination by heavy metals such as mercury and environmental/industrial pollutants such as PCB’s (polychlorinated biphenys) and dioxins. The waters that fish now inhabit have become increasingly polluted by the actions of humans on the planet and these pollutants become concentrated particularly within larger fish. In addition, fish are contaminated with microplastic particles and what is often forgotten is that the fishing industry is itself the greatest contributor to plastic pollution of our oceans due to the abandoned fishing gear. Microplastics in the food chain are a source of potentially toxic chemicals such as bisphenol A (BPA), a known endocrine disrupter. We need to apply the precautionary principle here. Just because we have not been able to show conclusive evidence of harm from eating contaminated sources of fish, common sense suggests that avoiding contaminated food should be the default position until safety can be demonstrated. PCB’s have been linked to an increased risk of obesity and type 2 diabetes. With rates of cancer on the rise globally, and environmental toxins implicated, it is best in my view to keep exposure to these compounds as low as possible. In addition, there is ongoing concern with regards to mercury exposure to the foetal brain during pregnancy and therefore it is advised that women only consume fish that are relatively low in mercury when pregnancy.

When you then consider that over 90% of global wild fish stocks have been overfished or fished at capacity, then advocating for fish to be included in the diet of nearly 8 billion people on this planet is no longer sustainable. Overfishing is damaging ocean habitats and completely changing the natural biodiversity with the potential for irreversible long term consequences for planetary health.

There are of course small communities in low-income countries that rely on aquaculture for their food and livelihood. These communities may have to continue with this industry until and when an alternate source of food and income can be generated. For the majority of humans on this planet, eating fish is not necessary and is certainly not sustainable. Fish obtain long chain omega-3 fats from marine algae and so can humans. We should invest in companies that are finding more novel and sustainable ways of producing healthy nutrients and algae is being recognised as a good alternate source.

What about farmed fish?

Farmed fish or fish reared by aquaculture is also not a sustainable solution. There is a greater problem of pollution created by fish farming, which necessitates the use of chemicals like pesticides, antibiotics, disinfectants, and anti-corrosives, to combat the issues of disease and infection, which are easily spread within fish farms. Antibiotics are overused in fish farming, resulting in antibiotic-resistant infections, which ultimately find their way into the human food chain posing a risk to human health. Farmed fish themselves are still contaminated by environmental and industrial pollutants such as PCBs. The nutritional content of farmed fish is also adversely affected by conditions in which they are raised. Farmed fish can have a high fat content, particularly saturated fat and omega-6 fats and lower levels of omega-3 fats.

Don’t I need to eat fish for omega-3 fats?

There are 3 main omega-3 fatty acids. The short chain omega-3 fatty acid alpha linolenic acid (ALA) and the two long chain omega 3 fatty acids — DHA (docosahexaenoic acid) and EPA (eicosapentaenoic acid). ALA is considered essential and must be obtained from the diet. ALA is found in plant foods. DHA and EPA in most diet patterns is usually obtained from fish, although fish obtain it from marine algae. Omega-3 fats are important for cardiovascular, brain and eye health.

There is an open question as to whether those following a 100% plant-based diet should take a long chain omega-3 supplement. The body can convert ALA to DHA/EPA but the rate of conversion varies and may reduce with age and can differ between individuals based on gender, genetics factors and the overall composition of the diet. Daily requirements of ALA can be met by eating a tablespoon of chia seeds or ground flaxseeds (linseeds), two tablespoons of hemp seeds or six walnut halves.

There is evidence to suggest that if DHA and EPA are not being obtained from the diet, there is an increase in the efficiency of conversion from ALA. In the EPIC study, DHA/EPA levels in the blood did not differ as much as expected when comparing fish eaters with non-fish eaters, although levels were definitely lower. However, this confirms that those on a vegan diet do make EPA/DHA. Studies also show that vegans have higher levels of ALA than omnivores.

There remains uncertainty as to whether there is benefit in taking DHA/EPA directly so as not to rely on conversion from ALA. This may be particularly important for brain health as we get older. The most reliable source in a plant-based diet would be a micro-algae supplement and the dosage for adults is 250mg DHA/EPA combination per day. Supplementation is recommended during pregnancy and breast feeding at higher doses (500mg) if following a plant-based diet. To boost conversion of ALA to DHA & EPA it is also important to maintain an optimal ratio of omega-6 to omega-3 fatty acids, not more than 4:1. Omega-6 fats are also essential but are found in abundance in a plant-based diet from seeds, nuts and plant-based oils, such as sunflower, safflower, soybean or corn oil. The modern Western diet is often too high in omega-6 fats because of the abundant consumption of processed foods and oils and may be contributing to creating inflammation in the body. Limiting omega-6 rich oil consumption will help the conversion of ALA to DHA/EPA because short chain omega-6 and omega-3 fats compete for the same enzymes in the production of longer chain fats.

Should those on a plant-based diet take an algae-based supplement?

There is no clear cut answer to this question. The only exception is for pregnant and lactating vegan women, who should indeed take a supplement. For the rest of us, the jury is still out. Fish obtain long chain omega-3 fats from marine algae and so can we. Many plant-based physicians have been recommending a DHA/EPA supplement for all those following a whole food plant-based diet, especially in older adults, due to potential benefits for brain health. However, there has been no long-term study of vegans that has actually demonstrated an increased risk of mood disorders or dementia due to a lack of long chain omega-3 fats.

Fish consumption is not necessary if you are eating a healthy plant-based diets composed of fruits, vegetables, whole grains, legumes, nuts and seeds. An algae-based DHA/EPA supplement is essential for pregnancy and breast-feeding for those avoiding fish consumption. It may be advisable for older adults to also take a DHA/EPA supplement.