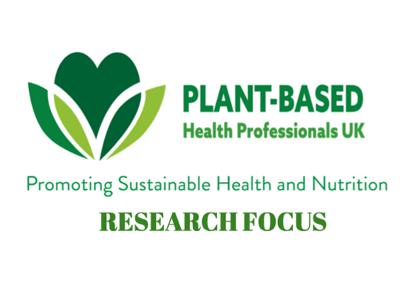 Bone health is an important consideration when consuming a plant-based diet. A healthy diet and lifestyle are fundamental for preventing osteoporosis later in life. Important nutrients for bone health include protein, calcium, potassium, magnesium, phosphorus, zine, folate and vitamins C, D, K and B12. These nutrients can all be readily obtained on a well-planned vegan or plant-based diet.

Results from three prospective cohort studies have recently raised concerns around bone health on a plant-based (both vegan and vegetarian), specifically regarding an increased risk of fractures. All three studies are well designed, conducted and analysed so we can’t discount the results.

The first paper published in November 2020 was a new analysis from the EPIC-Oxford study, one of the longest running and largest studies investigating the health of vegetarians and vegans. Of note, the first report from the study on bone health, published in 2007, showed no differences in the self-reported incidence of fractures between meat eaters, fish eaters and lacto-ovo vegetarians, but vegans had a 30% higher risk of fracture compared with meat eaters. However, when the results were adjusted for calcium intake, those consuming at least 525mg of calcium per day, regardless of diet pattern, showed no increase in risk of fracture, demonstrating that if the diet contains an adequate amount of calcium there is no disadvantage for bone health on a vegan diet.

The updated analysis showed an increased rate of fracture in those not consuming meat. This was not exclusive to vegans and also included vegetarians and fish eaters, but the effect was more pronounced in the vegan group. For vegans the impact was greatest for hip fractures with a 231% elevated risk compared to meat eaters. Vegans also had a 43% increased risk of developing any fracture compared to meat eaters. In absolute terms, this amounted to 19 more cases of fracture in vegans for every 1000 people over 10 years.

The points of interest are that body mass index (BMI) had a major influence on fracture risk with a BMI less than 22.5 associated with the increased risk. For vegans with a BMI greater or equal to 22.5, this risk disappeared. The fracture risk was also only increased in women (who made up more than two-thirds of the participants) and not men. Vegans in this study had a lower than recommended intake of calcium and a lower use of hormone replacement therapy in women compared with meat-eaters, factors that are relevant to the risk of bone fractures. The mean calcium intake for vegans was around 600mg/day, so not meeting UK recommendations for 700mg/day. Non-meat eaters also had a lower protein intake than meat-eaters, which appeared to be contributing to the risk of fractures in the analysis. We also know from prior reports from the EPIC-Oxford cohort that the vegans had lower vitamin B12 and vitamin D intakes compared to the non-vegans. Only around 50% of vegan participants in this study were taking dietary supplements, which means that 50% were relying on food sources of vitamin B12 and vitamin D, which we know are inadequate. The study did not correlate fracture rates with vitamin D status, a major factor in bone health.

The second paper is a report from the Adventist Health Study-2, which includes more than 96,000 Adventists from North America who have been followed since 2002. The study specifically assessed the risk of hip fracture and showed that vegans have a 55% increased risk of developing a hip fracture compared to omnivores. Again, this figure sounds alarming, but in absolute terms amounts to 1.5 extra hip fractures per 1000 vegans per year. Once again, the increased risk was only seen in women, not men, and this time the risk completely disappeared in vegans taking both calcium and vitamin D supplements.

The third paper is an analysis from the UK Women’s Cohort Study, which included 26,318 women aged 35–69 years at recruitment between 1995–1998. Diet was assessed once at recruitment, although 283 women had a repeat dietary assessment 3 years later. Participants were classified as regular meat-eaters (46.2%; ate meat ≥ 5 times/week), occasional meat-eaters (26.5%; ate meat < 5 times/week), pescatarians (12.8% ate fish but not meat), vegetarians (14.5%; ate eggs or dairy but not meat or fish), or vegans (did not eat meat, fish, eggs, or dairy). Vegans were combined with the vegetarian group due to the small number of vegan participants (n=130). Dietary patterns were correlated with the risk of hip fractures.

During the 22.3 years of follow-up, 3.1% of the cohort experienced a hip fracture. The results showed a 33% increased risk of hip fractures in the vegetarian group, compared to the regular meat-eaters. This was after taking into account other factors which may influence hip fracture risk, including age, alcohol consumption, smoking, exercise habits, menopausal status and socioeconomic status. No increased risk was found in the occasional meat-eaters or pescatarian groups.

Notable aspects of this study include the fact that diet quality overall appears adequate for the vegetarian group as they were consuming an average of 27g/day of fibre. However, 12% of vegetarians were not consuming sufficient amounts of protein (<0.75g/kg/day) suggesting they may not have been consuming enough protein-rich foods such as legumes, including soya and nuts. Vegetarians did have a significantly lower BMI when compared to regular meat eaters (23.3 vs 25.3), but this lower BMI did not seem to entirely explain the higher risk of fracture. However, there were very few cases of hip fracture in vegetarian participants with a BMI >23.5 (n=29), so BMI cannot be completely discounted as a risk factor for fracture. Vegetarians were consuming sufficient calcium (1138mg/day) but had lower intakes of vitamin B12 and vitamin D than the other diet groups.

On a positive note, the prevalence of cancer, cardiovascular disease and type 2 diabetes was almost 50% lower in the vegetarian group compared to regular meat-eaters (5.8% vs 10.2%).

Limitations of these studies

Don’t forget that both the EPIC-Oxford and Adventist Health Studies have shown us that a plant-based/vegan diet is associated with around a 50% reduction in risk of high blood pressure, significantly lower levels of blood cholesterol, a 25–30% reduction in ischaemic heart disease (this includes vegetarians as well), 19% reduction in cancer risk and a 30–40% reduction in risk of type 2 diabetes in those not eating meat. These are all major causes of death and disability in the UK and a far greater risk to individual and public health than bone fractures.