Hosted by Rohini Bajekal, Nutritionist & Board Member of Plant-Based Health Professionals UK.
(CPD Accredited with 1 CPD Hour from the British Society of Lifestyle Medicine and CME accredited for the LM MOC)

Why should I join this webinar?

Please check out our factsheets on plant-based pregnancy and weaning at pbhp.uk/factsheets 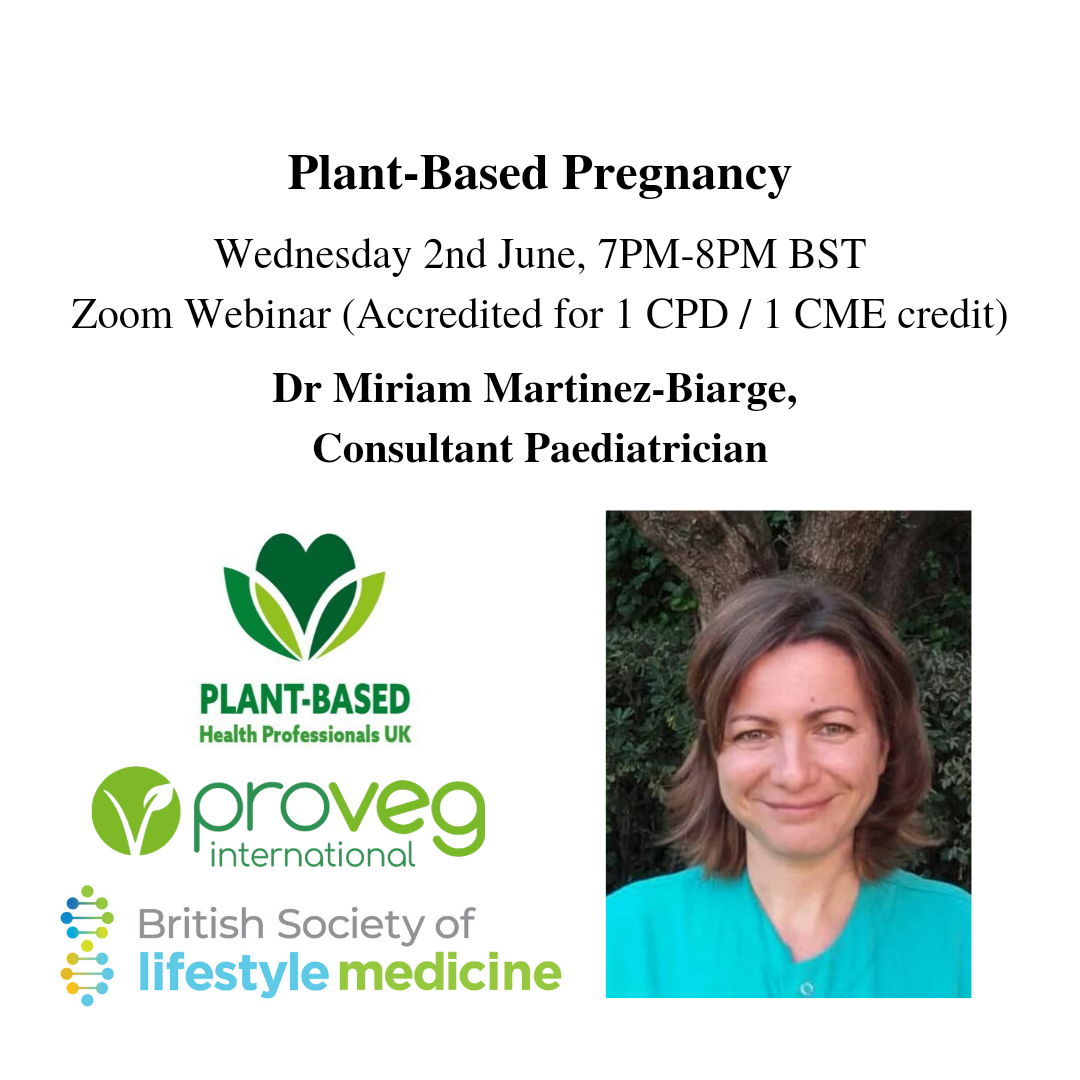 Once you have watched the webinar, download the CPD certificate, print it and add your name.

Dr Miriam Martinez-Biarge qualified as a medical doctor in 1999. She trained in Paediatrics and Neonatal Medicine in Madrid, Spain. She first came to UK in 2008 to do a fellowship in Perinatal Neurology and Neurodevelopmental follow-up at Imperial College London. During that time she also finished her PhD in perinatal brain injury.

Dr Martinez-Biarge works part time as an honorary Consultant Neonatologist & Research Fellow at Imperial College NHS Healthcare Trust (Queen Charlotte’s and Hammersmith Hospitals). She is also an honorary Senior Research Associate at the University of Bristol. She specialises in the follow up of infants and young children who have been born prematurely, who have had neurological problems around the time of birth, or who are at risk of neurodevelopmental impairments. She has a private paediatric practice in UK and Spain where she offers consultations on General and Developmental Paediatrics, Neonatal Follow-Up and Paediatric Plant-Based Nutrition.

Dr Martinez-Biarge is an Advisory Board Member of Plant Based Health Professionals UK.

This webinar lasts one hour including a Live Q&A.