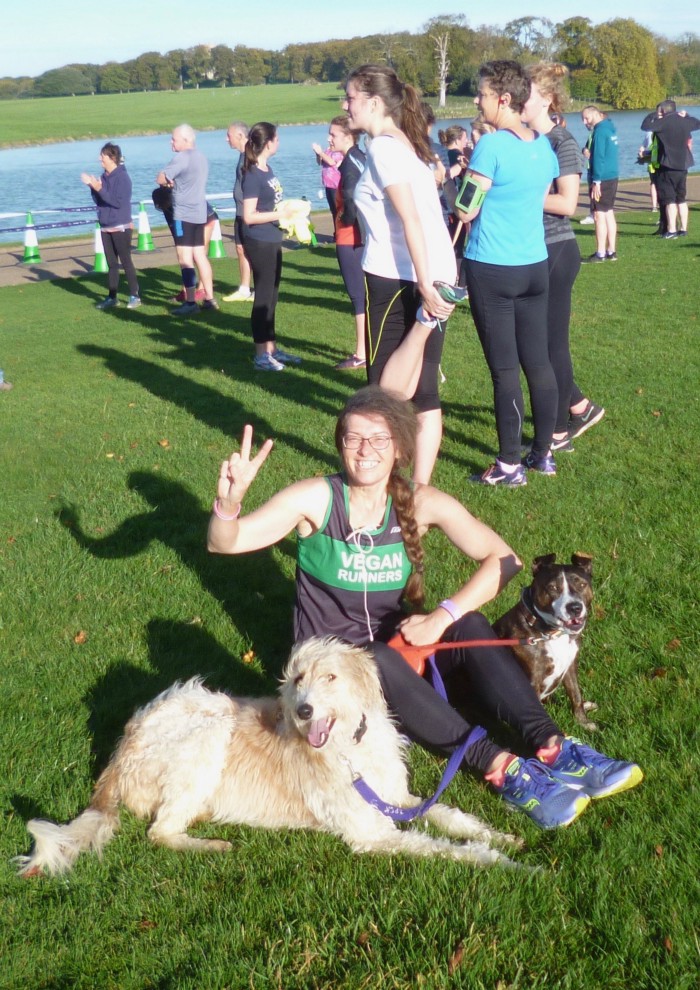 Reversal of psoriatic arthritis with a whole food plant-based diet

Lately I have come to understand that various episodes of a ‘bad back’ during my early 20’s and 30’s, were quite probably flares of arthritis, but at the time neither my doctors nor I realised this. Once it was thought I had a slipped disc and would need an operation, so in a panic I sought out (very slowly doing pin steps!) an osteopath who eventually helped me recover. But was he puzzled that it took so long for my condition to improve, thinking I might need a steroid injection. It’s only looking back now that I can see a pattern. My mum also had psoriatic arthritis, her hands and feet dreadfully crippled, so I suppose I have a hereditary disposition to it.

At the age of 40, a tired and stressed teacher and mum, I suffered the most serious attack. It all started with a bad back (again) and somehow progressed from there. I was in so much pain, there hardly seemed a joint or tendon in my body that wasn’t inflamed. Every little movement took courage. I think I spent most of that summer in bed, hardly able to move, just trying to sleep through it all. I was given anti-inflammatories (including the now banned rofecoxib, which gave me heart palpitations and actually made me feel even worse) and painkillers to make it bearable. Needless to say my partner and children felt helpless and deeply worried as no-one really knew what the problem was. Nothing appeared obvious in blood results.

I tried returning to work in September, but it was hopeless. My legs had ballooned and I was wearing my partner’s size 12 sandals. My feet are normally size 7. I could not cope and felt utterly desperate. I was signed off work.

Eventually, I was seen by a rheumatologist, was given steroid injections to the knee and shoulder, and started on methotrexate alongside NSAIDs. Within weeks I began to feel a lot better.

Over time, I noticed that certain foods seemed to trigger inflammation. Sometimes it would be within a matter of a few hours, sometimes a couple of days but there seemed to be no rhyme or reason to it. My then rheumatologist told me that diet made absolutely no difference, but my own experience conflicted with his expertise and I was confused!

Thankfully, my rheumatology nurse was more flexible and suggested I try an elimination diet, since she believed that certain foods might indeed affect individuals negatively. Having been largely vegetarian for several years, I found eggs and cheese inflammatory, but also red meat, especially bacon. I seemed to tolerate chicken and fish. Around this time my vegetarian optician explained some of the mechanisms around food intolerance and told me that sometimes there could be a delayed reaction to things. He gave me a little more confidence to start really ‘listening’ to my body. Plus, I was given a shared care booklet with my monthly blood readings (now sadly locally withdrawn) so I could keep an eye on any inflammation spikes.

However, my vegan journey had begun, and 13 years ago I decided to reject all animal products, not only for my health but for ethical reasons too. My husband and I took on an allotment and grew as much fresh veg as we could. I had fun experimenting with new foods, and cooking. On the whole, I became pain free and was able to start living again.

However, many friends and strangers thought I was completely crazy. “What’s vegan?”. I always felt I had to justify my choices, frequently apologising for being difficult to cater for. My husband was incredibly supportive and chose to eat as I did, never criticising. If he ever thought I was bonkers, he never said it aloud! But it was so hard to justify without scientific or medical back-up.

Over time, I tried hunting down scientific information in order to understand what it was about the diet that might be helping. Studies into the microbiome and gut bacteria looked really promising. I found quite a lot on new rheumatoid arthritis drugs trials. Occasionally I found little snippets of research to back up my dietary choices, but none of the arthritis organisations seemed to really have any answers….or any real help for me personally.

However, I still found myself with flare-ups from time to time which also confused me. What was I doing wrong? The most frightening of these was when I developed iritis (a painful inflammation of the eyes), which manifested in both eyes at different times.

The first time it happened, I had no clue just how serious it was. By the time I got to hospital, I was told that it might be too late to save the sight in my left eye, which my husband kindly described as looking like a dead fish eye! Thankfully after a steroid injection, I did recover, but I had several bouts in both eyes after that.

Over the years, I was able to drop my methotrexate dose to approximately half and was encouraged to try and come off altogether by my rheumatologist. However, another flare-up and it was suggested that I would probably be on it for the rest of my life.

A couple of years ago, feeling unfit, I started slowly and gingerly running short distances, whilst out with my dogs. I could barely put one foot in front of the other (wellies didn’t help!) it had been so long since I had run anywhere.

Not long after, I visited Vegfest in London and was drawn to a woman at the Vegan Runners stand where I confessed that I was not a ‘real’ runner but trotted extremely slowly along in my inappropriate footwear and jeans every morning, trying not to damage my knees. She then told me that she used to have Rheumatoid Arthritis but had cured it through a whole food plant-based (WFPB) diet and running. Now she ran marathons! She also told me that she had not taken any medication for 10 years. I found myself crying with disbelief. She encouraged me to try it for myself.

I went home to find out what on earth this diet might be. I had started making vegan food for Farmers’ Markets and festivals and it was definitely not WFPB! If I ate this diet I wouldn’t be able to eat my own pies! I was a bit aghast as pastry (my favourite) was out along with plenty of other things I loved. In fact all processed foods, including vegan shop bought ‘cheese’. I decided it was just too difficult, and in any case I couldn’t put my husband through another food revolution, could I? He might think me really crazy this time!

In the meantime, I joined Vegan Runners, a truly wondrous group of people, and started running further and faster.

I finally came to the conclusion that I would be an idiot not to try to come off my medication by going WFPB. And my dear husband said he would support me and do it too because it would surely also be good for his health.

Because I had access to my blood results through the shared care scheme, I had the courage to slowly drop my medication by the tiniest increments, one quarter of a tab at a time over a period of several months.

Now, incredibly, I am off my medication entirely and my Rheumatologist has discharged me from his clinic. I run 10k regularly, and sometimes run past my doctor’s surgery cheering inwardly!

My husband too is healthier than he was ten years ago when he was given a diagnosis of emphysema from the hospital….well that has disappeared, if that’s what it was.

I sincerely hope that in sharing my story I give others the courage to seek support and then help themselves by eating a WFPB Diet. It is delicious and colourful, and it has expanded my creative approach to food. And you won’t miss cheese, honest!

I am so inspired by, and grateful for the wonderful Health Professionals who are devoting their time and expertise in promoting this fantastic diet and way of life in order to help others.

As my dad always said to me, if you don’t have your health, you have nothing. He was so right. And now at the age of 55, I love my life and my family, and I feel so amazingly fortunate. Thank you everyone for your help and encouragement. And thank you dogs, Jack and Betty for getting me out running! My rescue dogs have in turn helped rescue me.