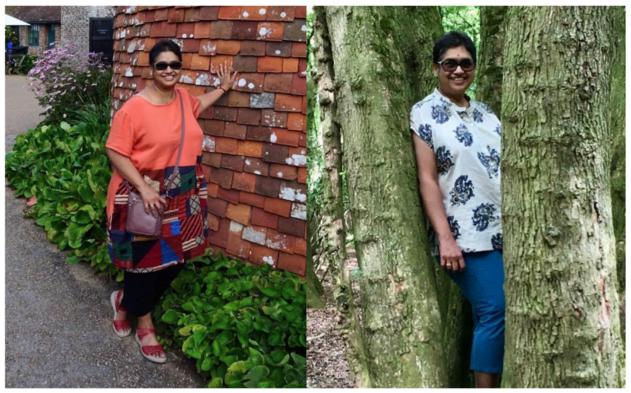 Exciting news in! My husband and I are going to be part of the BBC programme, ‘Trust me, I’m a Doctor’! This was early spring in 2017.

In that trial, all participants were allocated to one of three groups with consumption of different fats; butter, olive oil or coconut oil. Straws were drawn and I was allocated 50g of butter to be ingested every day for four weeks and my husband was given olive oil (50mls per day for 4 weeks). Although I had been told previously at every visit to the GP that I was pre-diabetic, it made no sense to me and I had dismissed it every time. Some of my family members were already diabetic, so it seemed inevitable that I was destined to get it too when I got older, I decided that this was too good an opportunity to miss being in an experiment with Dr Michael Mosley! As it turned out, I was only able to stomach 20g of butter every day and the rest just made me gag. At the end of the trial, it was concluded that coconut oil, although high in saturated fat, did not raise the bad cholesterol (although more scientific studies have disproven this subsequently). Glad to be done with taking such excessive amounts of fat on the daily basis and life moves on… or so I thought.

‘Some family members were already diabetic, so it seemed inevitable that I was destined to get it too when I got older.’

I have been labelled as ‘fat’ all my life. Another word that I would have used to my younger self would have been ‘voluptuous’. So, weight had been an issue all my life but I had never thought that I could be ‘thin’ and ‘acceptable’ whatever I did or tried. So going into this experiment, I was sure that there was a lesson at the end of it. I just didn’t know what it would be!

Winter was harsh that year and I developed a small infection in my nose. It just would not go down and in the end one half of my face was distorted with the swelling. My GP prescribed antibiotics and everything settled down. However, further infections and issues developed (UTIs, stomach upsets, constant itching in various parts of my body, up to 5 visits to the toilet during the night causing lack of sleep, energy etc.). By the end of summer 2018 at the age of 54 years, I was in a very bad place, but, I put it all down to stress at work and low immunity. Visits to the GP surgery were now frequent and by the end of the year, I was told to have a test to see if I was diabetic. Lo and behold, I was! Shock horror!! My HbA1c was 52mmol/mol and my cholesterol level was also too high at 7.4mmol/l. I soon learnt how to read the numbers — normal was below 42 mmol/mol; pre-diabetic was between 42 to 47 mmol/mol and anything above was diagnosed as diabetic.

52 mmol/mol!!! As I sat there in front of my GP on 8th January 2018, I was in such shock. I was told that I should go on Metformin immediately; that I should also go on statins too; that studies showed that these drugs did not increase my weight; that they could be supplied to me free, as I would have to take them for the rest of my life. These were just the ‘top-liners’ that have been retained in my memory! I have no idea how to put into words my shock, upset and the determination to not comply — they collided within me at the same time. I heard myself saying, ‘I need 3 weeks to make a decision’. The inevitability of going on these drugs for the rest of my life felt wrong. I was resolute and had bargained myself three weeks to prove that I could use food as medicine to get myself out of this hole. At this point, I felt I had let myself down, totally disillusioned, exhausted, and the heaviest I had ever been and my body ached all the time.

‘I was resolute and had bargained myself three weeks to prove that I could use food as medicine to get myself out of this hole’.

I had dabbled in veganism but when I had previous participated in Veganuary, I put on 6lbs! This was not encouraging at all! Although I had several doubts in adapting to a wholly vegan lifestyle, I loved trying out new recipes. It was ‘Forks over Knives’ and reading ‘The China Study’ that made a compelling case for me to try out a whole food plant-based (WFPB) lifestyle. No counting calories!! Just eating good food that yielded so easily to recipes that I remembered from my childhood. I turned to this type of eating that day I returned from the surgery. I heaped my plate with lots of cruciferous vegetables. I cut out oil altogether, adopted plant milks and ate whenever I was hungry. I did not weigh myself at all and neither did I do any exercise. I was heavy at around 84.5kgs when I started and so only concentrated on what I put in my mouth and followed diligently recommendations from Dr Esselstyn and Dr Campbell.

‘It was ‘Forks over Knives’ and reading ‘The China Study’ that made a compelling case for me to try out the WFPB lifestyle’.

What kept me going was the fear of being put on medicines for the rest of my life, and the following:

I did not weigh myself once during this time and three weeks on I took myself back to the GP with my husband in tow for support. Another test for HbA1c was performed even though I was told that the numbers might not change as this test measured the effects of longer periods. I could not believe it when I was told that my HbA1c was 50mmol/mol and my cholesterol was 5.4mmol/l. I will never forget what the GP said — ‘Keep doing whatever you are doing as it is working. Come back in three months’!

Three months later, my readings were much lower and six months later, my HbA1c was 38mmol/mol, which meant that I was no longer even pre-diabetic. I had also lost about 10 kgs — an added bonus! Food was my medicine and it clearly works.

Three years on age 57, I might have fallen off the wagon a few times but I certainly got back on it every time. I have a good relationship with food and my love for creating new recipes has not been diminished. I have since removed all the irrelevant feeds on Facebook that do not support a WFPB way of eating just to normalise this way of life.

I also have a ‘before’ and ‘after’ picture, although I used to think this was such a con! My shopping has always been heavy on the fruits and vegetables and during the pandemic, when we heard news of the aisles being empty, I was astounded to see that it wasn’t so for the types of food I was putting in my trolley! What were the masses shopping for?!

‘It is not true that you are stuck with the genetic card’.

I am grateful I was diagnosed with diabetes. It was an opportunity to live well. For that, I am so grateful. It is not true that you are stuck with the genetic card. As Dr Esselstyn says, it is a toothless paper tiger. Weight, and the shame of it, which was a huge issue all through my life, is no longer a criteria. Health and wellbeing is.