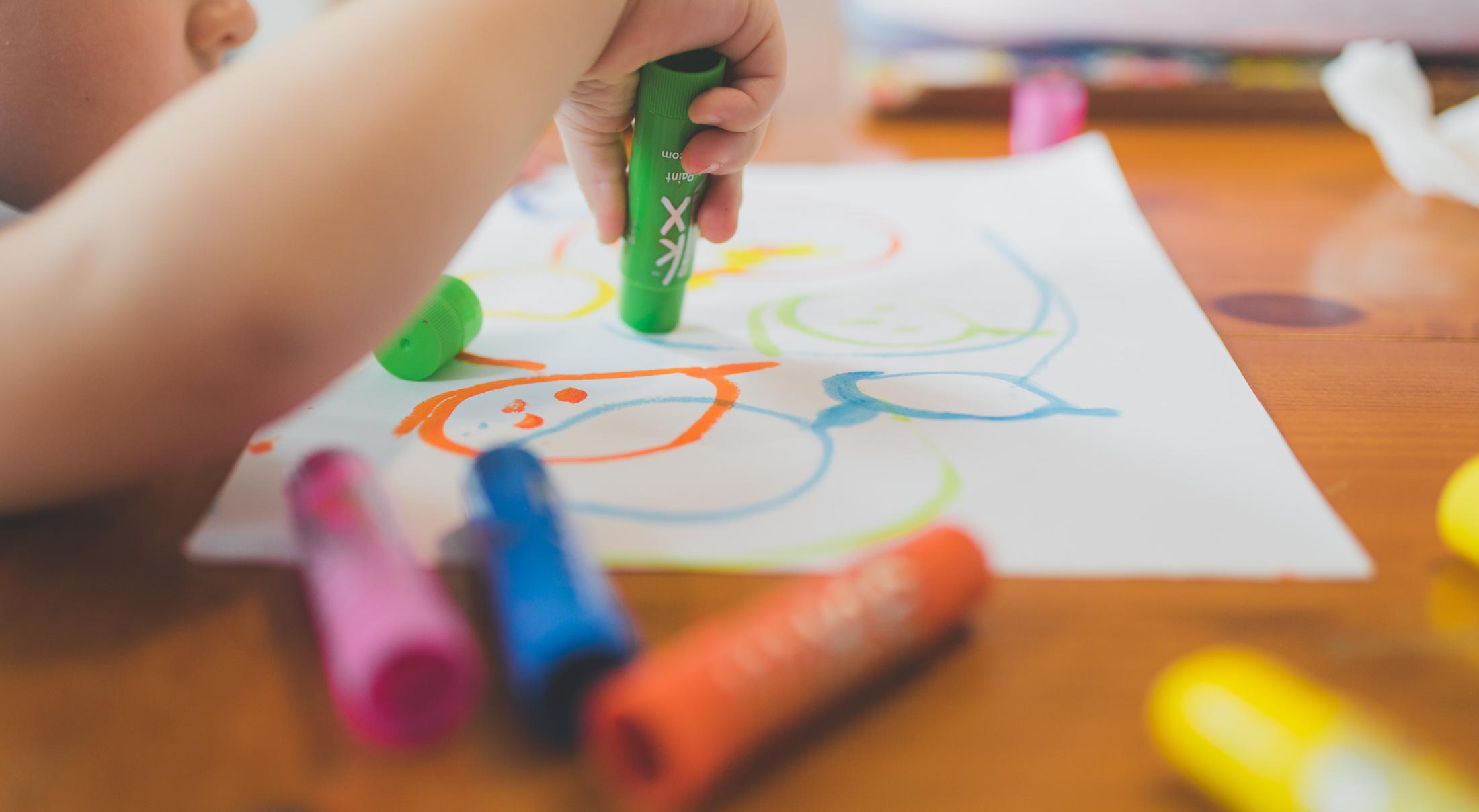 As a Paediatric Dietitian, a mum and a huge believer in the benefits of plant-based eating at all ages, I was delighted to be approached last year by a children’s nursery in Essex looking to transition to a plant-based menu. Jayne’s Nursery, in Chelmsford, has a lovely ethos which focuses on providing childcare within a sustainable and environmentally conscious setting. The children enjoy lots of outdoor play, growing their own vegetables in the nursery garden and learning about recycling. It was, therefore, a natural progression for the team to look at food waste and consider the overall environmental impact of the nursery’s catering.

The team at Jayne’s initially started to think about a more plant-based approach to their menus after noticing that there seemed to be significantly less food waste on days when plant-based meals were offered. When they served meat-based dishes, these were more frequently not eaten by the children. And, as they started to look into the idea of a plant-based menu in more detail they also became more aware of the broader, positive environmental impact this may have.

What did they want to achieve?

What the team wanted to get out of my involvement in their ‘plant-based menu’ project can be summarised as follows:

What did I do?

I initially met with the team at Jayne’s for an hour, virtually, to chat through what they were aiming to achieve by involving a Dietitian in their plant-based menu project. They then provided me with a sample of their current menu plans. With the common nutritional concerns typically voiced about plant-based diets in mind, I then went through their existing menus and highlighted the key protein, iron, Vitamin B12, calcium, Vitamin D and iodine sources already present, as well as making suggestions for how provision of these nutrients could be increased on certain days. As well as highlighting on menus where key nutrients were being provided, I also chose to include a list of ‘Plant Power Points’ – indicating the number of different plant foods being offered on that specific day – and a list of ‘Today’s Protein Stars,’ to indicate where on that day the key sources of plant-based protein were coming from. I felt that this was an approach which would appeal both to the children and their parents, and when I met with the nursery team again to discuss this they were really happy to adopt this approach on their menus. We were also able to discuss some simple menu swaps, to help with the transition to plant-based foods but also ensure that appropriate protein sources were being offered daily. For example, I gave suggestions for more appropriate fortified plant-based milks with a more rounded nutrition profile, and helped identify which plant-based meat alternatives, such as sausages, were most ‘child-friendly’ in terms of their protein, fat and salt contents.

In our second meeting, as well as clarifying ideas around menu changes and how the menus themselves would be presented, we also discussed plans for how information on planned changes could be effectively communicated to parents. We discussed some of the concerns which parents had voiced to staff about plans for a plant-based menu and, as expected, these included concerns around where the children would get protein and iron from in the meals, and what would happen if a child didn’t like the plant-based options. We decided on developing a ‘parent information’ sheet, which I then created using Canva. I used this document to communicate to parents the opportunities provided by a plant-based menu, in terms of both child health and environmental sustainability, and also to address some frequently asked questions, for example “is soya safe for children?” and “where will they get protein from?”. After a few minor tweaks the parent information sheet was finalised and included references to the evidence-base around plant-based eating.

I remain in contact with the team at Jayne’s nursery and have been in contact with them recently, 8 months on from when they initially contacted me. Overall, the feedback about how the evolving plant-based menu is going is great, and the team comments specifically that parents of children just starting at the nursery really like how much plant-based produce the children are offered – overall it is being seen as a huge positive. There have, understandably, been some parents who are more sceptical, and feel strongly that the children should be eating meat daily for health. I feel really pleased that, after my involvement with their project, the nursery team feel confident in their stance on a plant-based menu and in making clear to parents that the nursery’s ethos is around environmental sustainability. They have been reassured that a plant-based menu can not only be nutritionally abundant and enjoyable for the children, but also help support their environmental aims. One of my key personal reflections is that it feels very positive to have empowered the team to feel confident in making and maintaining this choice.

There have also been some queries about the amount of fibre the children are eating and whether an increased intake of beans and pulses has caused abdominal symptoms for some of them. I addressed this by discussing current recommendations around fibre intakes for children in the UK but also by acknowledging that, yes, significant increases in fibre intakes in a short space of time may contribute to symptoms like wind, bloating and stool changes. From a really practical point of view, I have suggested that where meals use beans or pulses as the protein source, that these be paired with a lower-fibre carbohydrate source. For example, serving lentil bolognese with white pasta rather than a wholemeal variety, or baked beans on white toast rather than wholemeal.

In total I spent 1.5 hours of face-to-face time (virtually) with the team at Jayne’s Nursery, with a further 5.5 hours of consultancy work on top of this in order to carry out this project. I hugely enjoyed working with a team with such a positive and forward-thinking attitude, and supporting them to build confidence around their plant-based approach. I hope to have opportunities to work on similar projects with other childcare providers in future.

Ailsa is an HCPC Registered Dietitian. She is a member of the British Dietetic Association (including the Paediatric Specialist Group) and Plant Based Health Professionals. After qualifying in 2010 she gained ten years of clinical experience working in various NHS trusts, most recently at Southampton Children’s Hospital, and specialises in Paediatrics as well as IBS. Ailsa now runs her freelance practice, Nourish-RD, as well as working in an academic role as Lecturer in Dietetics at Robert Gordon University in Aberdeen. 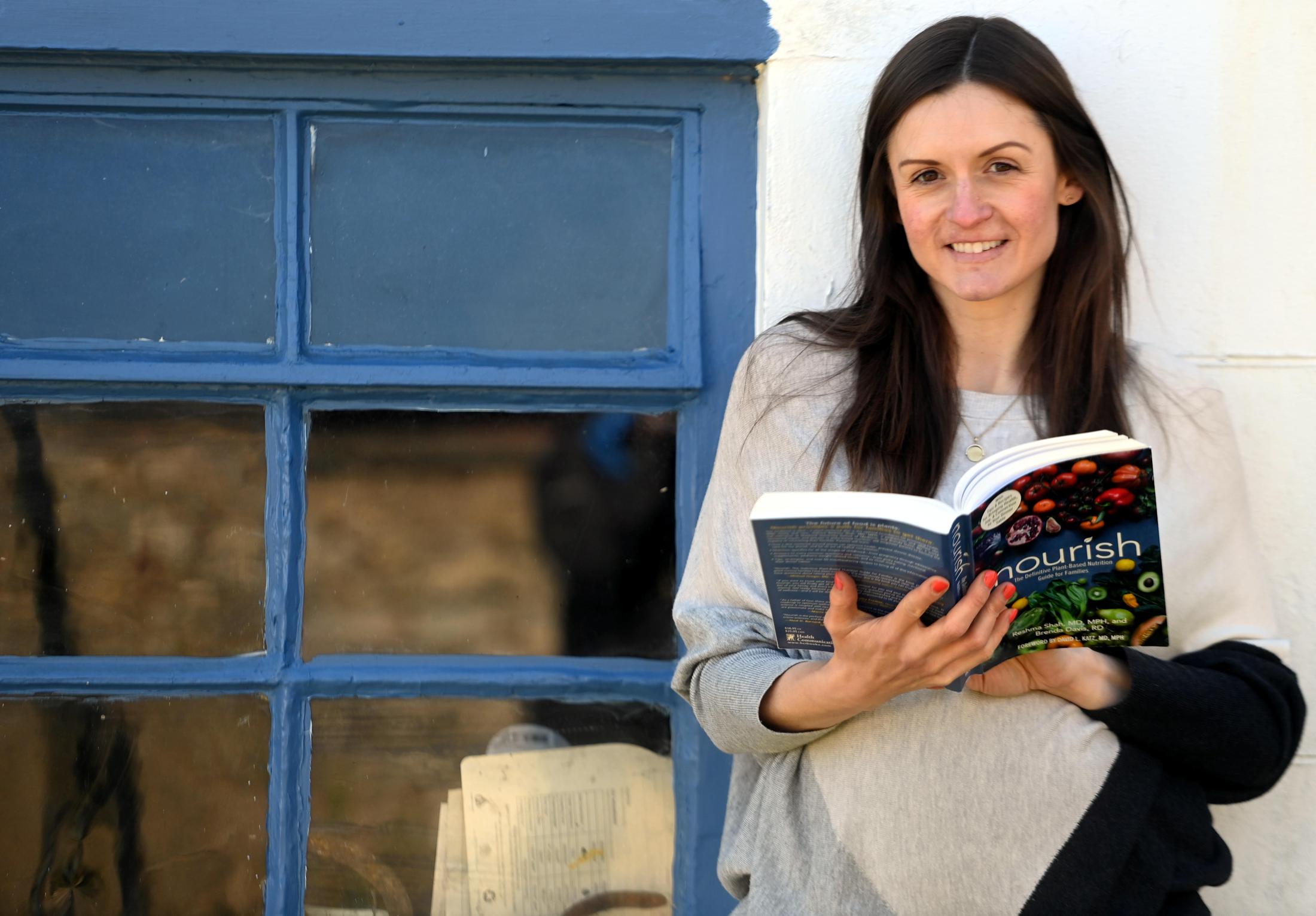